How Soon is Now? Waiting to Forget a Video Game 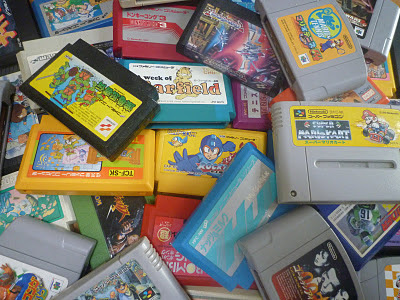 My blogging activities have been severely curtailed this month by a combination of being insanely busy in my non-blogging life and the fact that I haven`t found any incredible bargains recently to write about.

So I thought I`d revive the blog by writing about another generic video game topic: the amount of time it takes to forget a video game.

This is something I`ve always known about but it really came into focus for me a few days ago. About three years ago I bought a copy of Yume Penguin Monogatari for the Famicom. Its a great game that I will probably devote a post specifically to sometime in the near future. After buying it my wife and I got kind of hooked and played it almost everyday for a couple of months until we finally got to the final stage and beat the `boss`, completing the story that the game told (no spoilers).

After that we completely stopped playing the game, but during those two months we became absolute masters of it. We learned where all the dangerous areas on each level were, how to time jumps in certain locations correctly, where you needed to run to get the most power ups and so on and so on.

When I gave the game a try for the first time in years a couple of days ago though I completely sucked. I couldn`t even complete the first stage. Everything that I had learned about the game in that two month period was completely gone from my memory. It was like I had never played the game before in my life.

This is one of those things that I actually really like about video games - the fact that you can forget how to play them. It is the one thing that can prevent you from ever getting completely bored with a retro video game collection.

My playing tends to go in cycles. I`ll play a favorite game everyday for a few days until I get tired of it. Then it goes into a box or onto a shelf and I forget about it for a year or two and move onto other things. Then at some point I rediscover it and its almost as good as having just brought home a newly purchased game that I had never played before. Almost.

This applies not just with games but with entire consoles. The only console that I own which I play on a regular basis is my Famicom. The rest (I think I have 8 or 9 others) I kind of rotate. Just looking at the amount of dust that has accumulated on my Nintendo 64 tells me that it is due for some use soon: 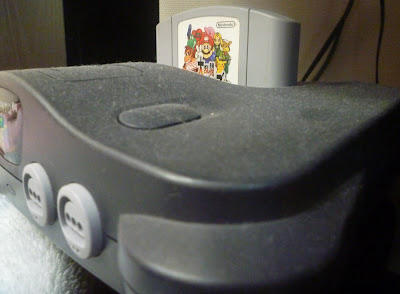 Its been at least six months since I`ve given Goldeneye, Mario Kart 64, Rogue Squadron or Smash Bros. a go. I kind of feel a Nintendo 64 mood starting to take me over. Yup, enough time has passed - time to rotate the old girl back into the starting lineup.

I`m not sure what the ideal amount of time is to forget a game. It probably depends a lot on which game it is. Some games with incredibly simple mechanics like Space Invaders aren`t very good for this sort of thing because you tend to remember how to play them pretty quickly even after years. It also probably depends a lot on how old you are. I noticed that when I played Super Mario Bros. for the first time in almost 20 years I remembered how to play it almost perfectly the first try. I attribute this to the fact that I was a kid when I first mastered it and my young brain had a `how to play SMB` path permanently imprinted in it. My older 30 something brain seems to no longer have the ability to do that so, ironically, I can get a lot more play out of a game that I never played as a kid than one that I did. Ain`t getting old wonderful?
Posted by Sean at 10:54 AM