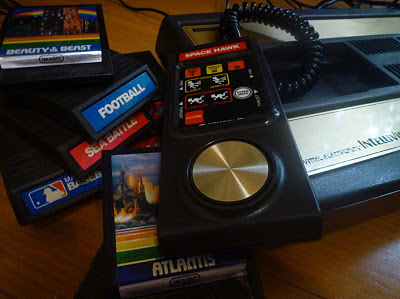 They arrived! My very first ever purchase of video games off of Ebay! Ten Intellivision games from America! Woo-hoo!

Oh I`m so excited. Just to rewind a bit here, a couple weeks ago I picked up a beautiful Bandai Intellivision at Mandarake in town here. Unfortunately they didn`t have any games for it and neither did any other shop in Fukuoka. The Intellivision was decidedly not a popular console in Japan and as a result they are quite rare today.

Luckily for me, American Intellivision games work on the Japanese console, so I decided to give up my Ebay video game virginity to some dude in Phoenix who offered combined shipping.

I got a pretty decent mix of games, everything in this picture: I immediately set the thing up and they work great.

Playing the Intellivision is a real throwback to the early days of home gaming. Even more so than the Famicom, there are a few things about this console that really bring me back to the day. A few of the highlights include:

1. Sitting on the Floor!

This thing has insanely short controller wires, even shorter than the Famicom`s. The result is that you basically have to play this thing while sitting on the floor in front of your TV, which is exactly how I remember playing video games as a kid. 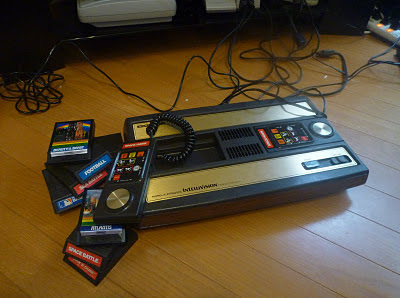 This really makes me sentimental. Actually you don`t really need to sit on the floor, the thing has very long RF and AC cables, so we can also position the console on our coffee table in front of the sofa to play it. The point though is that wherever you are, you need to be close to the console itself to play it. Its inconvenient as hell compared to post-N64 systems with their long cords, but I still like the sense of intimacy it creates. The physical console itself becomes an integral part of the playing experience, which I really like.

The controller is a bit of a pain in the ass to use, but I love these things: 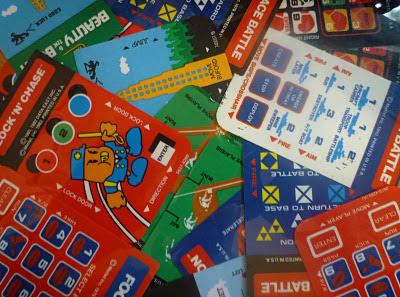 Every time you switch games you have to switch the overlays on the keypad. This adds another step in the ritual of playing the console, which I like. It also helps that these things look awesome - they are all colorful and unique and make the console look completely different depending on the game you are playing.

About half of the games I bought cannot be played by only one person, you need a human opponent to play them. I find this to be so cool. None of my other consoles, to my knowledge, have so many games like this. 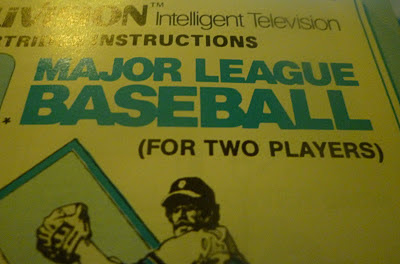 To me, this is exactly what gaming should be - an activity enjoyed with friends. Sometimes its cool to play on your own, but multiplayer is where it is at. One of the things I really hate about Playstation games in particular is that so many of their games are 1 player only - even their bloody racing games. The Intellivision is the exact opposite and I love it for that!

Anyway, this has now claimed pride of place in my little TV stand. The Super Famicom has officially been displaced until such time as I get a bigger piece of furniture!

Related Posts:
- Bandai Intellivision: This Could be the Start of a Beautiful Friendship