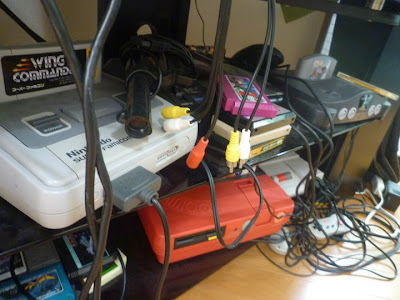 The above is my deepest, darkest secret. My name is Sean and I am a messy gamer.

Oh sure, when I take pictures of my consoles I always dust them off, hide away all the unsightly wires and random game cartridges that clutter up the image and try to organize them in a symmetric, visually appealing way. Then I put those pics on here for the world to see.

But really it is all a pack of lies. My consoles spend most of their lives in a state of advanced untidiness. 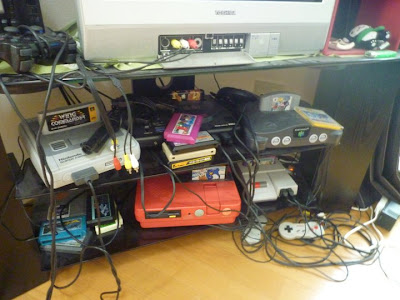 Wires and games everywhere. It just looks like a bunch of clutter, which is basically what it is.

When I do a major clean up, I always remove the controllers, wind the cords up neatly and put them in a box. I always vow that I will only take them out when I play the console and, when finished, will neatly wind them back up and put them back in the box.

I never do. They inevitably just get piled up on the consoles, where they get all mixed up and force me to devote valuable time to untangling massive knots whenever I want to play a game.

Just a disgrace really. My deepest, darkest secret as a video game blogger. Here revealed. I mean, can you even tell that there is a PC Engine in this picture?: 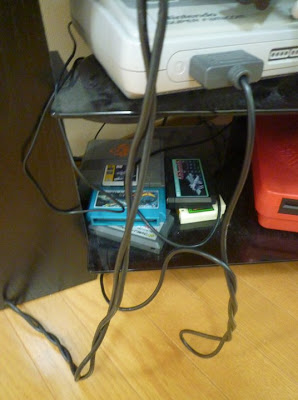 And look at the dust on my N64! What would my in-laws think if they saw this?!! 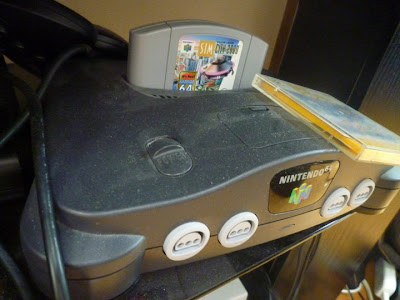 I have to say that I don't think I am the only one of us out there. If you look around at people's blogs and on forums, pretty much every retro game collector out there only puts photos of their consoles up after cleaning them up and making them look presentable. I suspect a lot of them are like me though. Messy gamers posing as neat ones. Its a rough life, but the denial has to end sometime!! Trust me, you'll feel better!
Posted by Sean at 2:45 PM