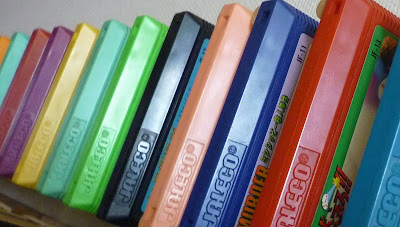 Today's post is brought to you by our new sponsor: my Jaleco cart collection. Remember their motto:

Jaleco Famicom carts: Buy 'em cuz they got "Jaleco" written on them. And stuff.

Anyway, enough of this shameless commercialization. I have other things to discuss.

I've been trying to wax philosophic recently about my Famicom collection. As you can probably infer from the fact that I keep a blog about it, I am rather fond of my collection.

But I'm not sure how to define that "fondness" I have for it. Do I like the Famicom for nostalgic purposes? Because I like the retro-80s look? Because the games are fun? What? 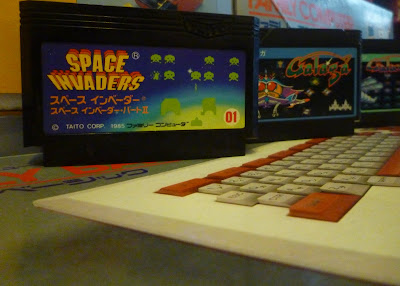 What has spurred this introspection has, of all things, been my recent browsing habits on Ebay. I've noticed that the types of things which I look longingly at are almost entirely toys that I used to have as a kid in the 80s. Gobots, the little G.I. Joe action figures, vintage Star Wars stuff, Light Brights, Garbage Pail Kids, Dukes of Hazzard lunch boxes.....this is the sort of thing that I devote time to just looking at pictures of.

I never buy any of that stuff though. I really WANT that stuff, but I never follow through and buy it.

Partially this is because I'm a starving student who can't afford to be spending big bucks on shipping vintage toys across the Pacific. Mainly though its because of the realization that what I want out of these toys is something they can't give me.

When I see a picture of a toy I had as a kid, it usually brings a specific memory to mind. I remember having the thing in my hand. I remember being 8 or 9 years old. I remember being surrounded by friends and family - most of them faces I haven't seen in decades. I remember cold mornings in the playground before school started, with a prized possession in my backpack. I remember sitting on the floor at a friend's house, riding a bike, walking through the woods - all the things that kids do.

Oh god, this post is getting way too sentimental. I better move on before you start looking up silly kitten videos on Youtube or something.

My point is that what I want out of those toys is associated with these types of memories. I don't want the thing itself, I want to be in the same situation I was in when I originally owned them.

That of course is impossible. I've noticed that on the odd occasion when I actually do acquire a toy that I owned as a kid, its always a massively disappointing and empty experience for that reason. Its like some part of my brain which is fundamentally incapable of cognitive reasoning (my stupid, sentimental side) actually expected the acquisition of this toy to transport me back to Christmas morning in 1984 or something. Actually getting the thing and realizing that it doesn't have this magical power is always a let-down. In the end, I'm just a 34 year old with a hunk of plastic in his hand.

Er...I should note that I am an extremely happy 34 year old, all I'm saying is that like everyone the sentimental part of me sometimes longs for the simplicity of youth and the desire to "go back".

So my preference - dictated by the cold, rational part of my brain - is to just leave those toys as nothing but images on Ebay to me. I actually get quite the kick out of that. Looking at them feeds the sentimental, stupid part of my brain. It thinks:

"Hey, look. G.I. Joe. Remember the playground near our old house where we used to play with these? I want to go back there. If we buy this, it will take us back there. Buy this."

Then the cold, rational part of my brain, which has a sort of maternal protective instinct for the stupid sentimental part, tells it:

"Yes, that is a nice memory. Its too bad we can't buy that though. Maybe someday though. Then we'll go back to the playground."

This satisfies the stupid, sentimental part of my brain. It keeps him quite happy with anticipation. It encourages him to recall these sentimental memories and be satisfied with them. It also protects him from the disappointment of realizing that the old adage "there is no going back" is brutally true. 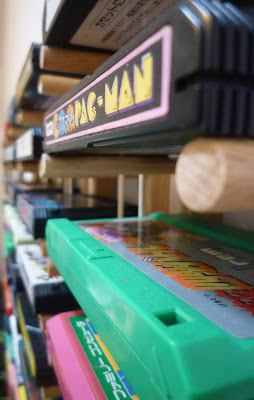 Anyway. The Famicom is kind of an odd fit for me from this perspective. It is a toy that existed at the time I was a child. But it is something that I never actually had or was even aware of when I was a kid.

So its kind of the perfect thing for me to collect. I have no emotional expectations from it like I do with toys I actually had (or wanted) as a kid. The stupid, sentimental part of my brain is only vaguely interested in it. It kind of excites a very general type of sentimentality for "the 80s", but it doesn't call to mind any specific childhood memories. So the risk of my stupid, sentimental half of the brain having its illusions shattered isn't a concern.

At the same time, it is a rather fun thing to collect. I realize as I do so that, freed from the emotional baggage, I am free to create new memories with my Famicom. If I were to run off and buy a bunch of G.I. Joe action figures, the memories I have of them would always be rooted in my childhood and not the present. 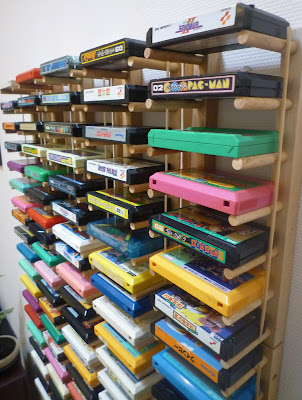 With Famicom games, the memories I am creating are all pleasant ones rooted in "the now." 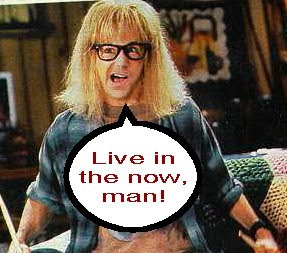 Thanks, Garth. Love you, man. Anyway, I'll always associate my Famicom stuff with me in my 30s, living here in Fukuoka and generally having a fun time with them.

This is probably something that attracts the non-Japanese Famicom collectors like me out there, even if they never explicitly state it like this. We have no childhood memories of the Famicom. Sure, we have memories of some of the games - but not the physical items themselves, which are quite distinct from what we had as kids (big, gray NES carts). At the same time, they do appeal to us because they look in a very general way like the sort of thing we had as kids. Just similar enough to make us like them and enjoy them, but not similar enough to actually make us associate them with specific childhood memories. The Famicom keeps our illusions intact. We don't have to go back, all we have to do is enjoy what we have.
Posted by Sean at 9:36 AM