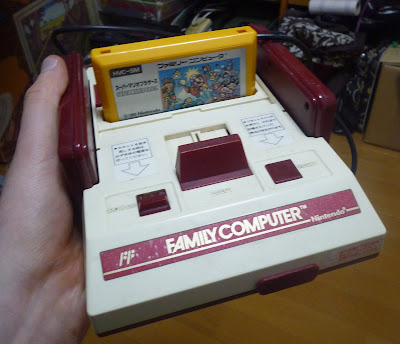 I really don't want this blog to turn into some preachy pile of political BS, but today I read something that made me mad.

How mad? This mad: 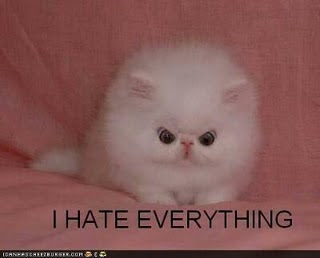 (image c/o I can Has Cheezburger via Redparsley)
Hardcore, man. Hardcore.

Anyway, as is so often the case, now that I am mad about something, I want to make all of you mad about it too.

Don't let all these negative vibes turn you off though. I think I have an important point to make here and you will be quite surprised by what I have to show you. So please, read on.

What made me mad was discovering how much power the PlayStation 3 consumes: 150 watts (article).

That number might not mean anything to you, as it is just a number. So I thought I'd show you in photos of my retro console collection just how much that is.

Basically my mission was to see how many of my old consoles I would need to plug in and turn on to match the amount of power that just a single one of these things uses: 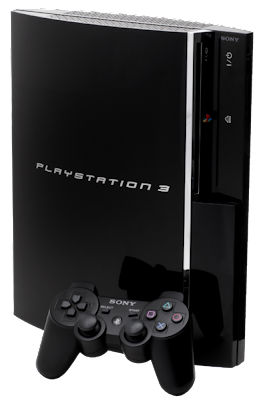 Lets start with the Famicoms.

The Famicom uses 4 watts of power: 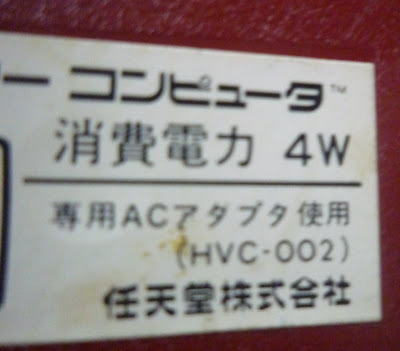 So lets see here, I'll just get all eleven of my red and white Famicoms out:

Don't ask me why I have eleven of these things just lying around. Trust me, you don't want to know. What is important here is the fact that if I were to plug all of these in and turn them on, they would only use 44 watts of power, less than a third of what a single Playstation 3 uses.

We are nowhere near our goal yet so I'll have to keep looking. Next, I'll toss my four AV Famicoms into the mix. They also use 4 watts of power each: 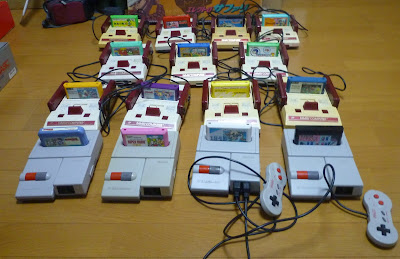 What else do I have? Oh here we go. Lets add my two PC Engines (4 watts each) to the pile: 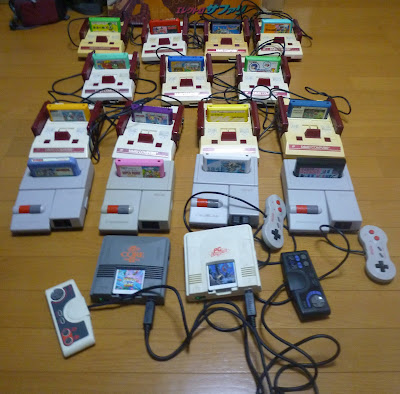 That brings us to 68 watts, almost half way to equaling a single Playstation 3.

Guess I'll have to go to the next generation of consoles. My Superfamicom is a relative energy hog, consuming double what a Famicom uses: 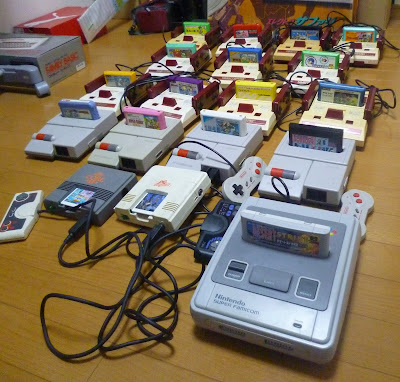 Well, that brings us up to about half of a single Playstation 3.

What else do I have lying around here? Oh, my two Mega Drives. They use an absolutely massive amount of power - 13 watts each. Lets see how far they get us: 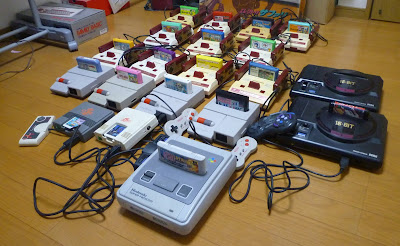 Guess I'll have to go to yet another generation and toss my Nintendo 64 into the mix. At 19 watts that thing uses almost 5 times more than a Famicom, surely that'll get us up to the Playstation 3 level: 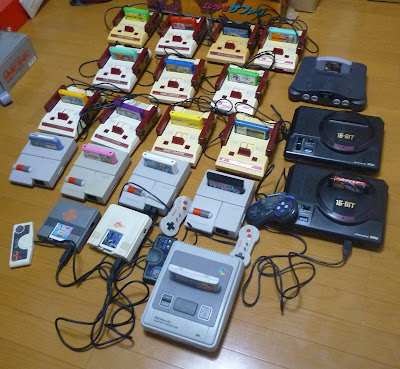 Hmm.....well, lets toss my two Famicom Disk Systems on. At 3.6 watts each they aren't much but I'm running short on stuff to add to the pile here and every bit counts: 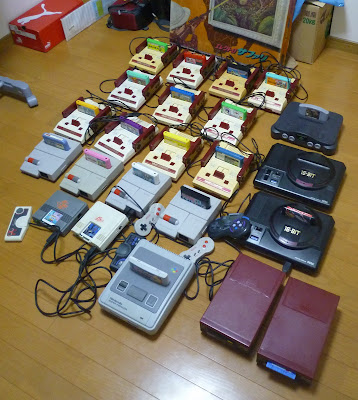 Nope, still not there yet. Well, that just leaves me with my three Twin Famicoms (6 watts each): 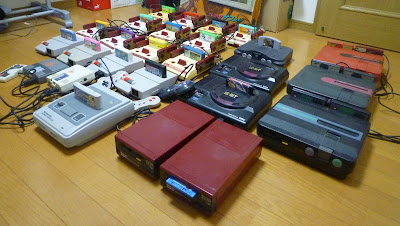 And you know what? I am out of consoles!!!!! Holy crap!!!!! My entire retro console collection combined - massive as it is - cannot equal the energy consumption of a single Playstation 3!

In short, turning this thing here on:

actually uses more energy than if you were to plug in and turn on all of this: 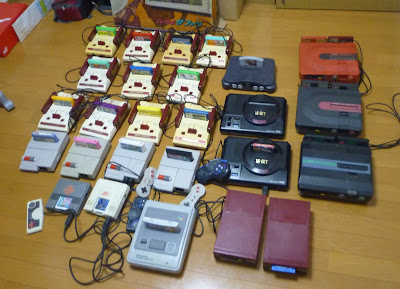 26 retro consoles COMBINED do not even match the energy sucking PS3.

"The Playstation 3 is an Earth-destroying, planet melting piece of crap that should never have been made and everyone associated with designing this travesty will rot in hell for all eterni...."

Um, no wait. I won't say that. There isn't really much to be gained from saying anything, really. The above photos speak for themselves. I will just ask that the next time you see someone spouting BS like "Sony Playstation 3 is Green for the Environment.", please refer them to this post.

Postscript
A few irate PS3 owners (I assume) have taken issue with some points in this post. For clarification:

The 150 watts the PS3 uses is its average use when in active mode (see the source I referenced in the post). The actual consumption varies (a quote of between 135 and 180 watts was given by a poster here).

The PS3 Slim, it was also pointed out, uses less than the regular PS3 (60 watts). So I give Sony some credit for that reduction.