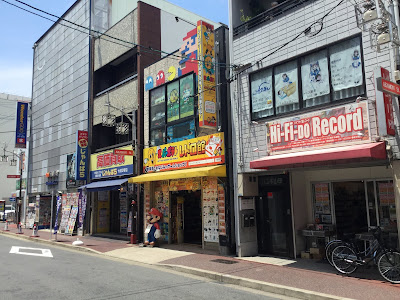 I made a pilgrimage out to the Osu neighborhood in Nagoya, which I've highlighted on this blog before.  It is Nagoya's version of Akihabara in Tokyo or Den Den Town in Osaka - full of electronics, toys, cosplay, manga and other shops including of course retro games. 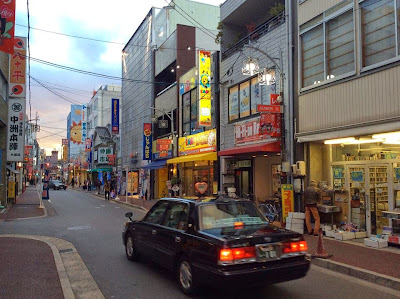 I fell in love with the place on my first visit almost 7 years ago, but yesterday I fell out of love with it.  Terrible things are happening there.  The worst of them here: 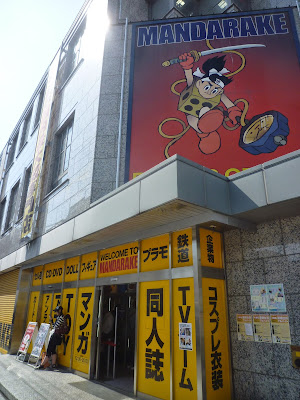 Mandarake!  This used to be the best place in Osu to buy retro games.  It never quite matched the shops I visited in my Fukuoka days (during the golden age of cheap Japanese retro game hunting that lasted until about 2012), but I picked up quite a few things there over the years.  They had a cool basket of Famicom carts: 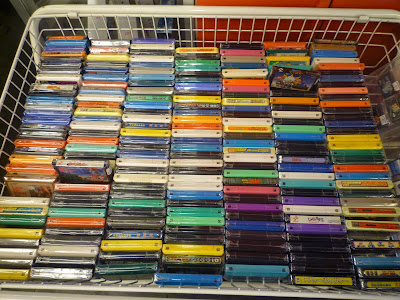 And back in 2014 this is what their glass showcase had -  loose copies of Gimmick for 12,000 Yen (about 120$) each!  I wish I had bought those!  And in the back you can see the hyper rare Bridgestone and Yasuda Seimei carts. 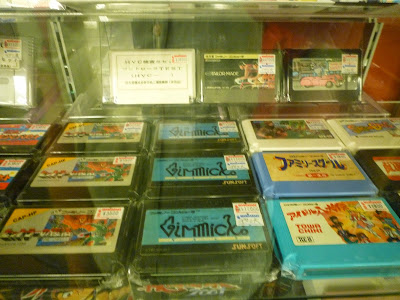 They also had beautiful CIB stuff! 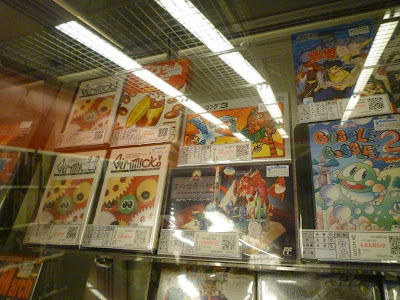 Basically until Super Potato opened up 5 years ago, Mandarake was the best place to look for rare and valuable Famicom games in Nagoya (the centre of the Chubu metropolitain area with about 9 million people, this is a big city).

So imagine my dissapointment when I visited yesterday and discovered - Mandarake was still there but their retro games weren't!  They had completely removed their retro game section!  All the Famicom carts from the best store in town gone!  They had expanded their manga section to take over the space formally taken up by retro games (the showcases in the above photos now have vintage comics in them) and they now only stock current generation video games.

This is a huge blow to the Famicom collecting community and I'm not sure if this is limited to the Nagoya Mandarake or if they have stopped stocking retro games at their other locations (if any readers know, please comment!)  I especially fear for my beloved Mandarake in Fukuoka, which I still visit once a year or so when I'm down there and have such fond memories of!

So I had walked into that Mandarake yesterday with a wad of cash that I hoped to spend on some Famicom games for my collection, and devastated by what I discovered I walked out the door, rounded the corner and went straight into the loving arms of Nagoya's Super Potato which is almost next door.  Fortunately they still have retro games (it is basically what they exist for after all) but I was very disappointed by what I found there too.

A Famicom collector never goes into a Super Potato expecting to find bargains, prices there have always been on the high side for Japan.  But you go there for the amazing stuff that you can only find in Super Potato - the hyper rarities and other stuff.  Their showcases are almost like museums.

Or at least they used to be.  I was shocked by how picked over their high end stuff was.  I had noted this in a post I did after a visit a year ago, but its gotten worse since then with a lot of the higher end stuff I noted in that post having sold and not been replaced by anything of similar stature.  Where Super Potato showcases once had stuff like Gold Binary Lands (200 known copies in existence) or Rockman 4s (8 copies), they are now full of a lot more mid-level stuff like CIB copies of Contra or Rockman which, while great, aren't particularly rare or exciting to see.  They didn't even have any copies of Gimmick! or Punch Out Gold.

This is kind of weird.  On the one hand, rare video games are flying off the shelf at Super Potato so fast they can't re-stock them.  On the other, for some reason Mandarake (which had way better prices on retro games) has thrown in the towel on them.  The end result though is that Osu just isn't anywhere near as good a place to hunt for retro games as it was even as recently as a year ago.  Which is really disappointing!

So if you are thinking of coming to Nagoya for some retro game hunting, be forewarned that the pickings continue to get worse and worse!