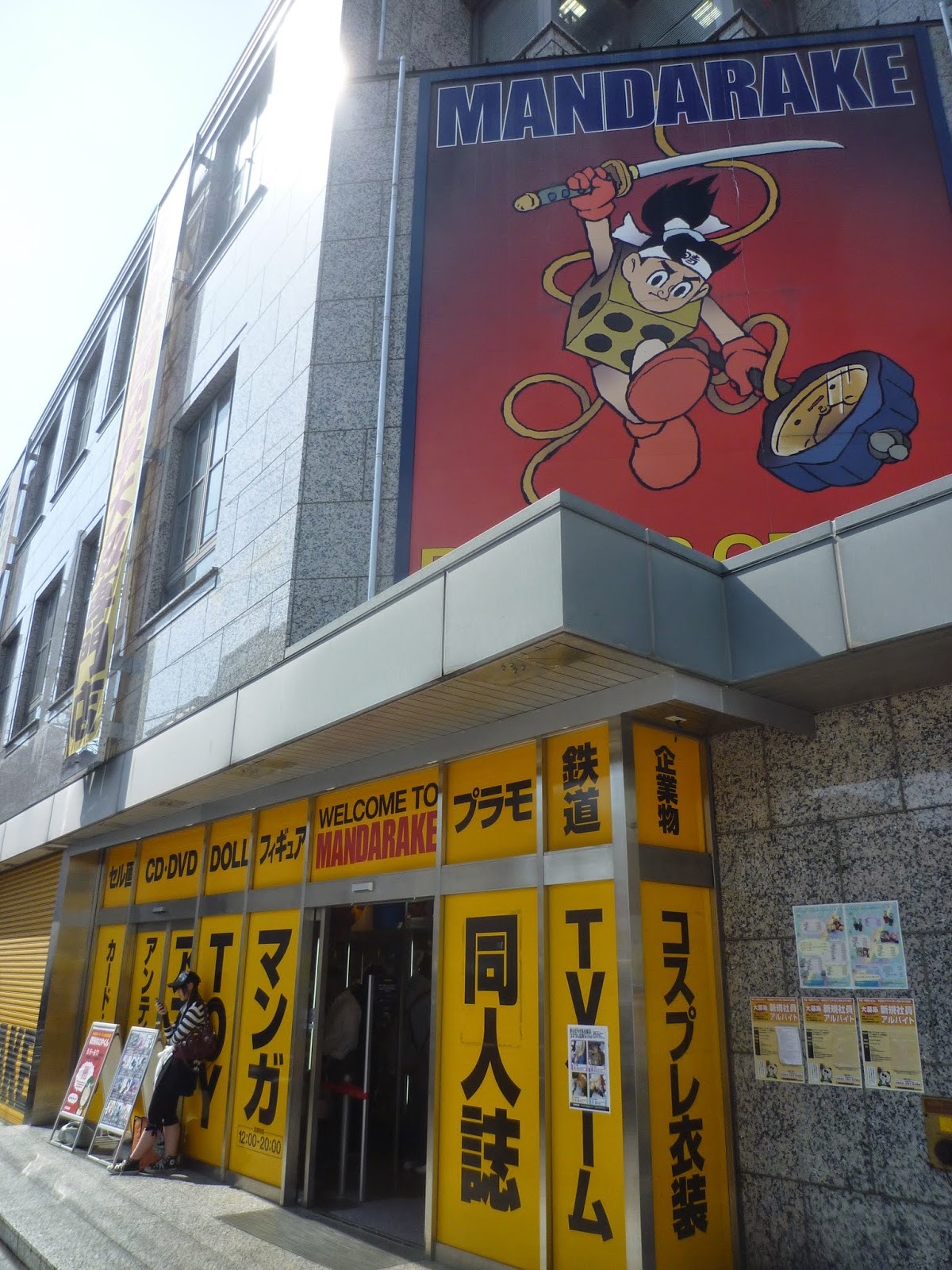 Part two of my posts on retro game shopping in Nagoya brings us to the Nagoya branch of Mandarake.  Nagoya`s Mandarake is also in the Osu neighborhood and is actually just a couple of minutes walk away from the game shops I visited in my previous post.

It is a bit tricky to find though since it is on a side street, basically when you are walking down one of the arcade streets and you get to about here (the Ameyokocho building, which is also definitely worth checking out): 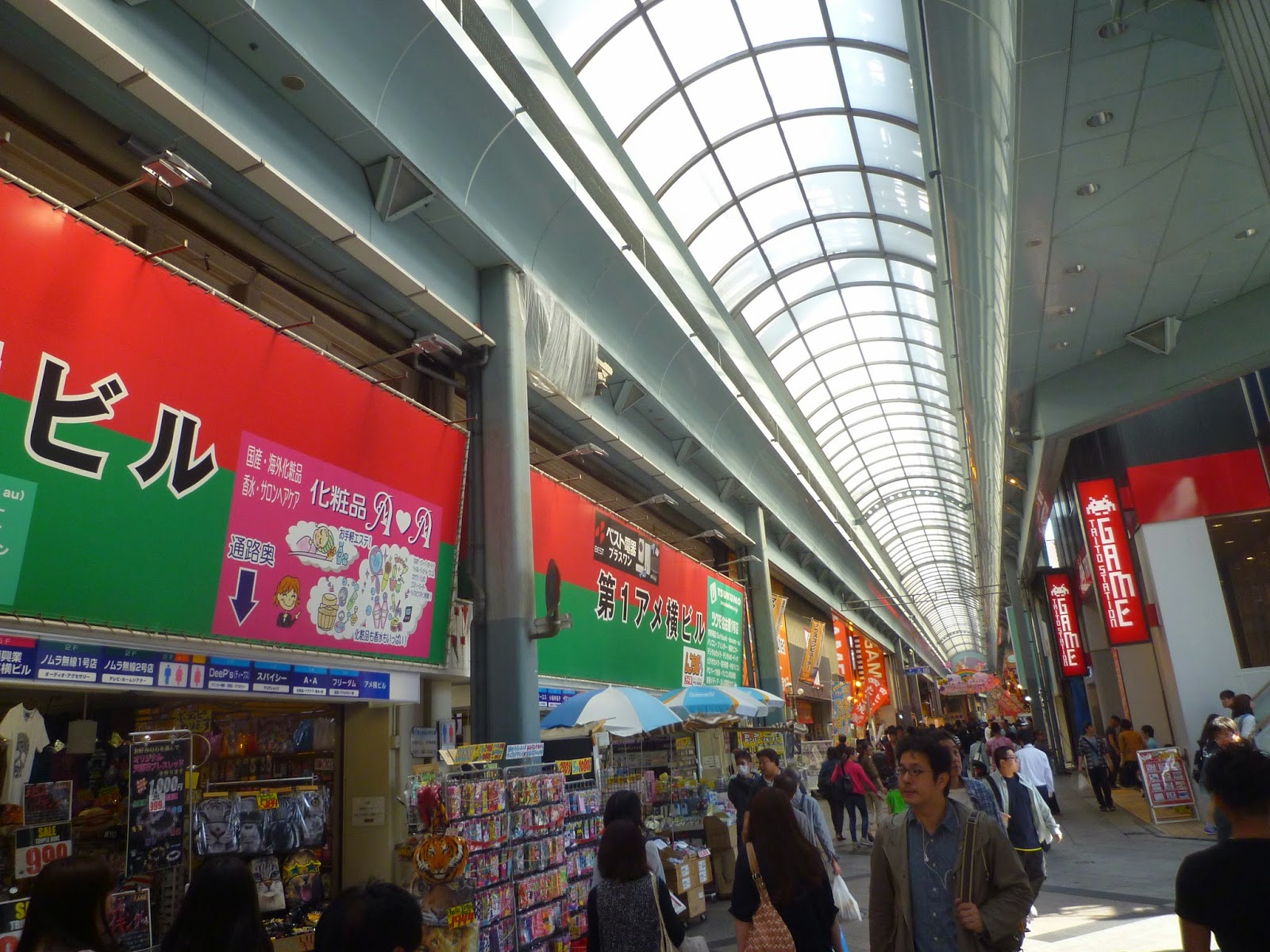 You turn onto a side street and blammo, you are right there: 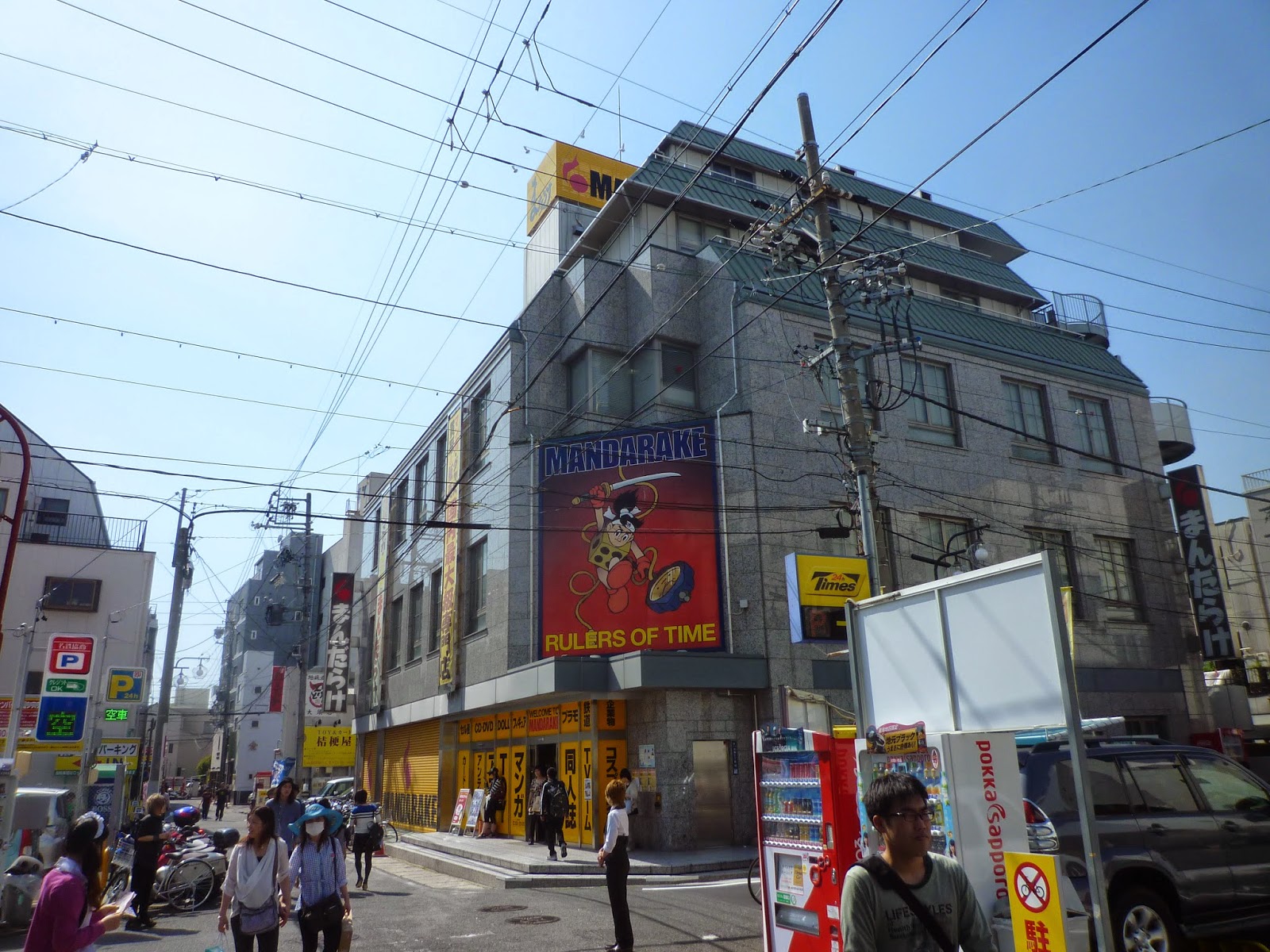 I give the shop a score of minus 1000 in terms of its external appeal.  Whereas pretty much everywhere in Osu is vibrant and colorful, Mandarake is located in the only bit of grey dreariness in the neighborhood, surrounded by ugly parking lots.  And the building itself is an ugly grey blob.  But once you get inside its a different story.

In terms of stuff they have about the same type of selection as the Fukuoka Mandarake that I have featured on here numerous times.  The first floor is video games and comics, while the upper floors are toys and cosplay stuff.

Their Famicom selection isn`t as good as that in the Fukuoka Mandarake (which is surprising given that Nagoya is more than double the size of Fukuoka).  They keep all the loose carts in this basket here.  The prices are probably the best you will find in Osu, though that isn`t necessarily saying much.  They are fair and you might find the odd bargain in there. 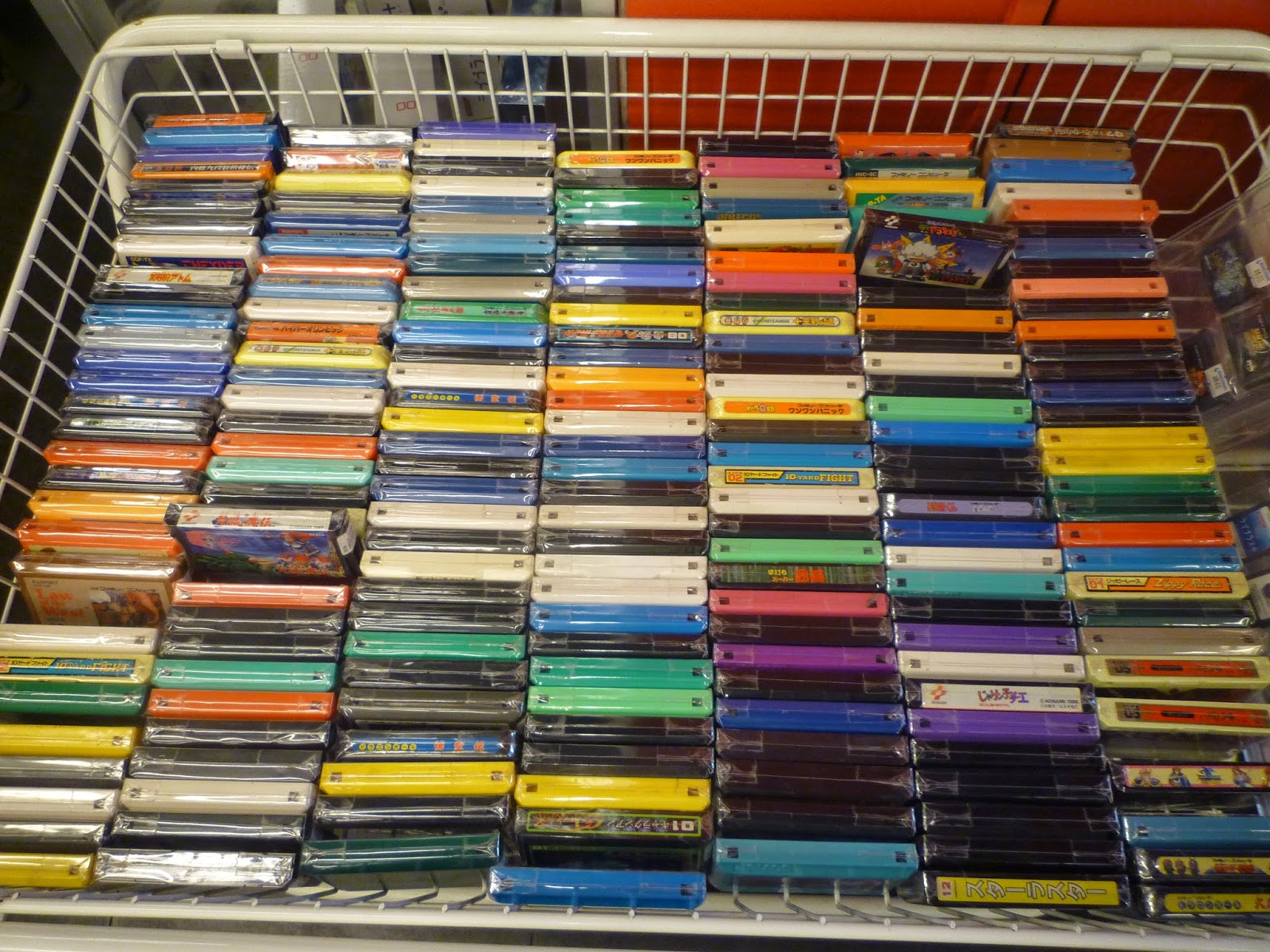 The glass case has some impressive stuff in it, although the selection there also isn`t quite as good as the Fukuoka Mandarake.  They have 3 copies of Gimmick! (12000 yen each, with a note saying they are a bit dirty) and 3 copies of Hitler no Fukkatsu (3800 yen each).  In the back of this photo you can see they have some really rare stuff, but this photo is pretty much everything they have in terms of higher price loose rarities.  Impressive, but not quite as varied as the Fukuoka Mandarake. 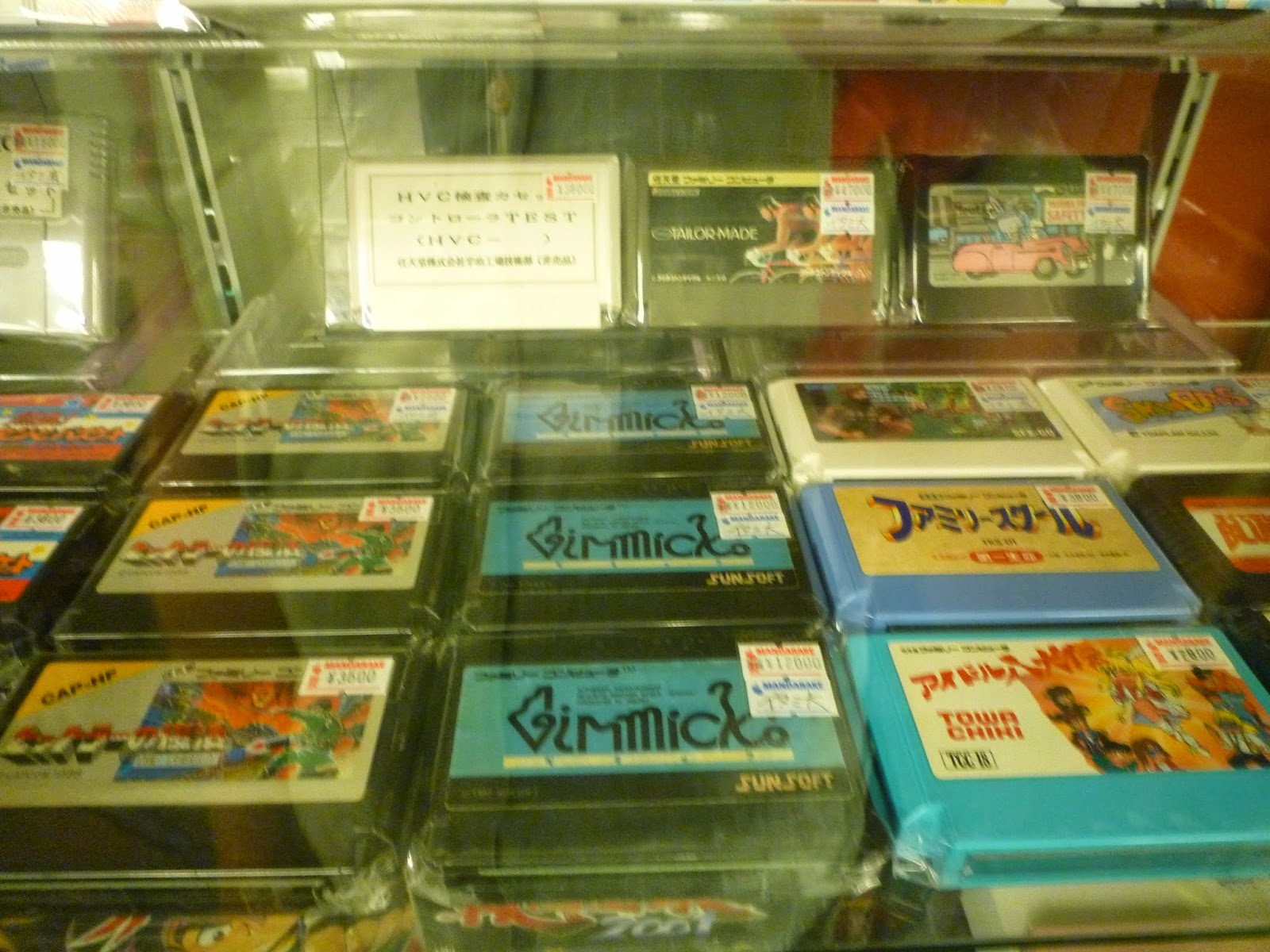 Their valuable CIB stuff is kind of the same.  Again they have 3 copies of Gimmick (42000 yen each) which right there makes up half their selection of CIB stuff.  Actually  going to this store really makes me question just how hard Gimmick is to find if one shop can have six copies of it. 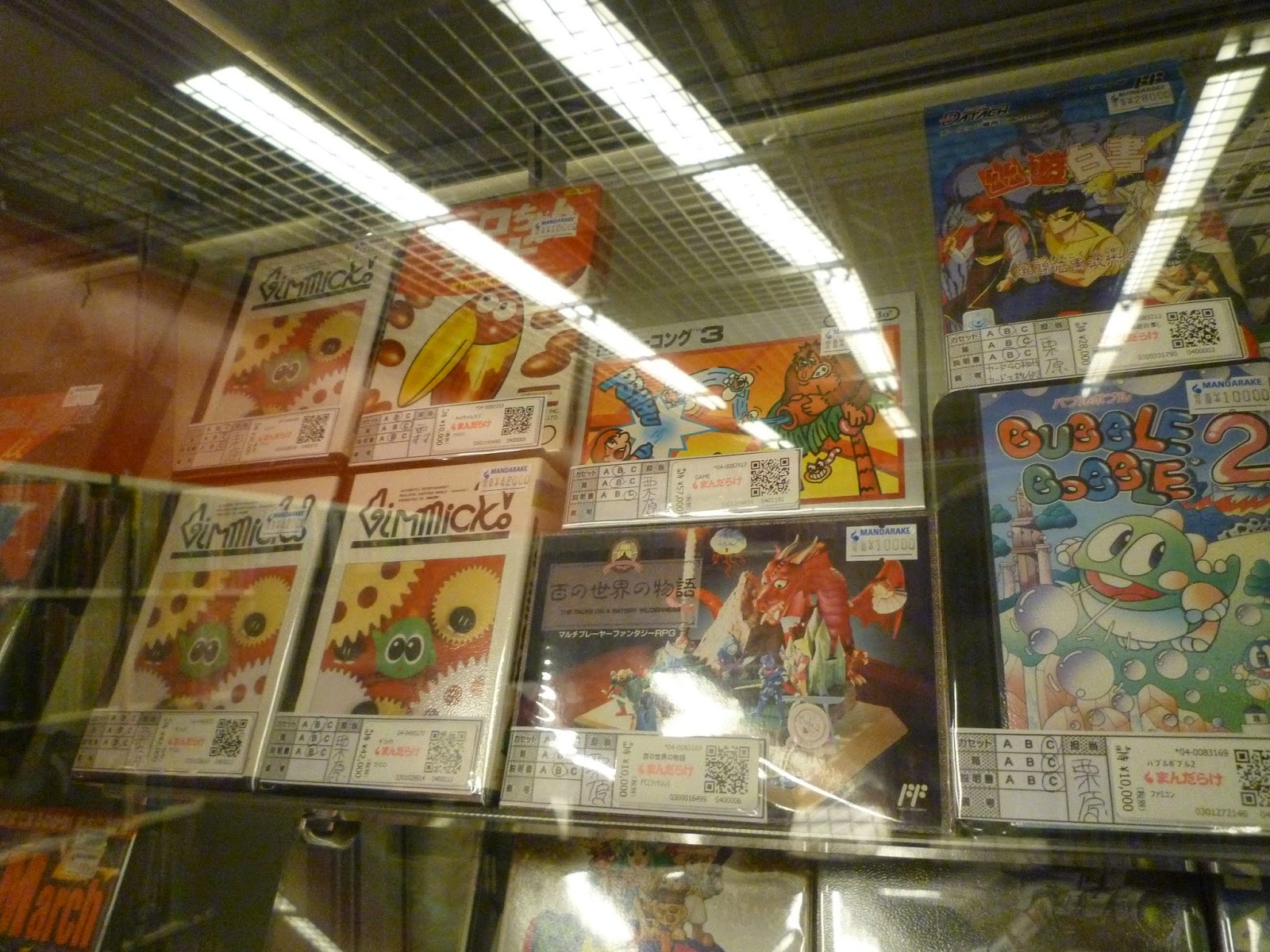 They did have a decent selection of lower priced CIB Famicom games on a shelf which I wasn`t able to photograph.  The one area they did beat Fukuoka Mandarake on was selection of games for older consoles like the Epoch Cassette Vision and Sega Mark III, which they had a good variety of.  The prices here for most stuff are reasonable so if you are in Nagoya I would say this is probably the best place to visit if you are determined to spend a bit of money!