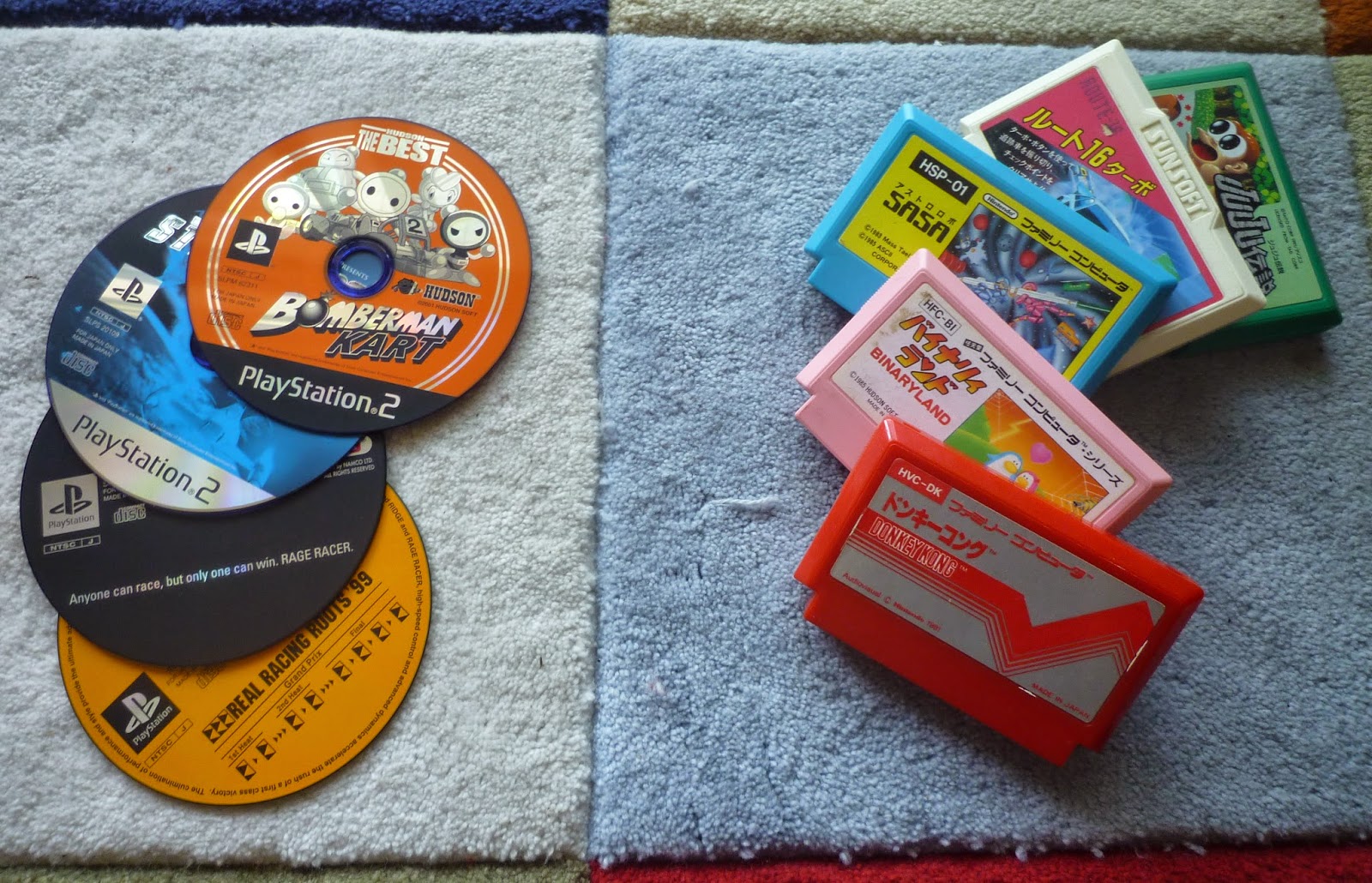 This morning I read this article by Andrew Leonard about vinyl records and CDs and it got me drawing some of the obvious parrallels between collecting music and collecting video games.  The point that he makes begins with the observation that there is still a lot of demand out there for vinyl records.  In the American market last year saw the biggest sales numbers for vinyl in over 15 years, with the few factories that still press records ramping up production in response.  In Japan I can say that a similar trend exists, there are tons of record specialty stores in most cities (the Osu neighborhood that I featured last week has at least half a dozen record stores stocked with tons of vinyl).

Music CDs, on the other hand, seem unlikely to see a similar resurgence of interest.  Vinyl`s resurrection from obsolescence lay in the fact that the physical act of playing a record on a turntable is significantly different from that of listening to a digital audio file.  It is also kind of cool.  CDs on the other hand don`t really offer that distinction.  Vinyl is analogue.  CDs are digital - too similar to the technology that replaced them to really offer someone an incentive to maintain a large collection of them.

This got me thinking about the video game connection: are carts like records?  Does that make them cooler than disc based games?  Are people therefore more likely to collect carts than they are disc based games?

In some ways music and video games are similar  Carts are analogue (edit: actually they are digital, but they kind of `feel` analogue).  They offer a different physical experience to CDs - the feel of the plastic in your hand, blowing on the connectors, trying to get the thing wedged in correctly.  Its all different in ways that make them kind of cool.

Carts also seem to lend themselves more easily to being collected than discs.  Really what you are mainly after if you are collecting disc based video games is more the box and manual with the artwork rather than the disc itself.  A video game disc on its own is almost worthless (well, its worth whatever the game itself is to play, but not much more).  The CDs just don`t display the cover art of the game very well and you can`t handle them in a carefree way like you can with carts.

There is also a bigger generational factor at play with video games than there is with music.  An album released on vinyl was probably also later released on CD. The Beatles for example released all their albums years before CDs even existed yet every one of their albums (and more) have been released on CD. Anybody collecting albums though is going to want the vinyl version rather than the CD, thus making the CDs redundant from a collector`s point of view.

With video games though you don`t have as much cross-generational releases on different media.  Most Famicom games were only released on cart based systems and never got released as disc based games (save on various collections, which don`t really count).  So the medium is more readily tied to a specific generation than with music.  Also, most disc based games (unlike music originally released on CD) can`t be retroactively released on a cart based system due to the technological limitations of that medium.  I can get a copy of Nirvana`s Never Mind on vinyl even though it was originally released on CD, but I`ll never be able to get a copy of any PS4 games in cart form.


So while there is a similarity between carts and vinyl, there are still some differences between video games and music which make the carts/vinyl analogy a little problematic.  Still though, I think carts are way cooler than discs.  Anyone agree?  Or violently disagree?