Cruising Around Town in a 1972 Nintendo Lefty RX

This is the city.  I live here.

I like to cruise the streets with it.  Looking for trouble in all the wrong places. 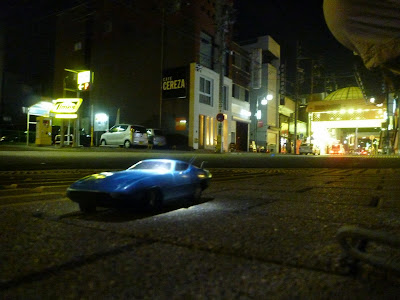 Anybody seen any trouble around here?

Perhaps I should explain.  This cool blue car is a 41 year old piece of Nintendo`s past: the Lefty RX! 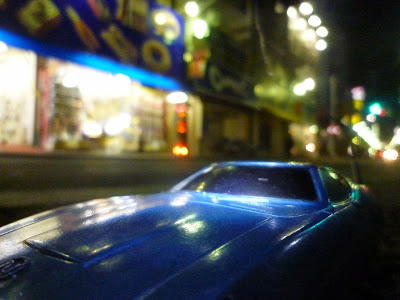 You can read a really good write up with all the details about its history and specs over on Erik`s awesome blog here. Basically it was a remote controlled car that, as the name perhaps suggests, could only turn left. 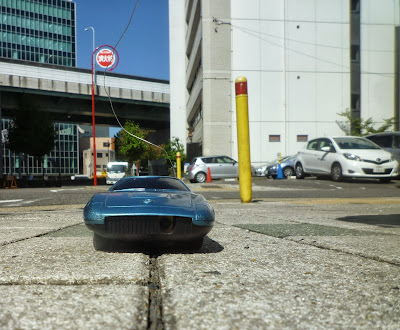 Mine is a really beat up one that is missing everything except the car.  Originally they came with a remote control and a bunch of other bits and pieces. 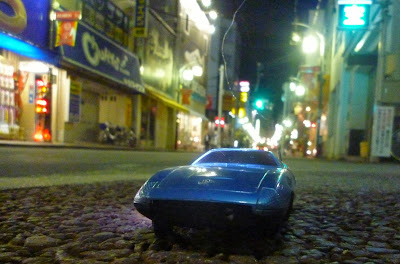 So mine is purely ornamental, but that is cool with me.  I like ornaments. 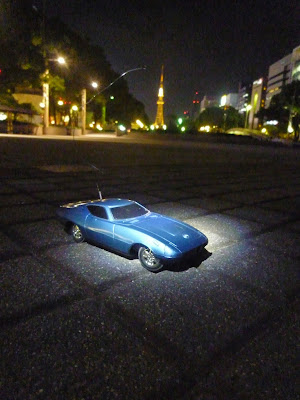 The Lefty RX is a pretty good looking car.  I`m not sure what it is modeled after, it looks like a cross between a Corvette and a Fairlady Z, but who knows?

I also like the fact that it has the old school Nintendo logo right on the hood.

This isn`t a new purchase, I actually picked this up a couple of years ago when I was living in Fukuoka and have been meaning to do a post about it ever since.  They came in three colors - blue, gold and red.  I also have a gold one in equally beat up condition but I kind of like the blue one better. I hope to find a red one someday to complete the set. 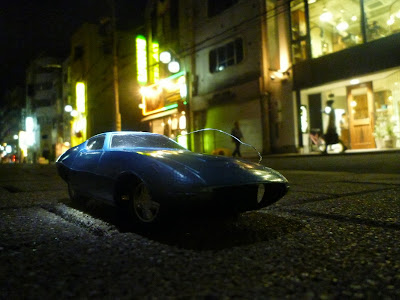 I took these pictures on my way to and from work today.  It added a bit of fun to what are usually uneventful bike rides. 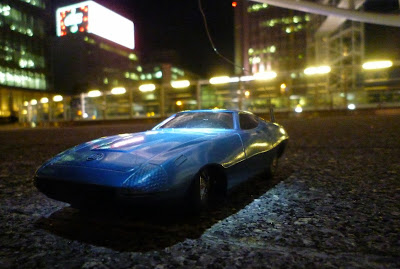 These are pretty hard to find, but they don`t seem to be too expensive, mine only cost 500 yen each (about 5$).  Ones in better condition with their boxes would go for quite a bit more than that though.

Either way, this is one of my favorite old Nintendo toys.  I keep these prominently displayed in my man cave, a must have item for the discerning Nintendo collector.
Posted by Sean at 9:27 PM