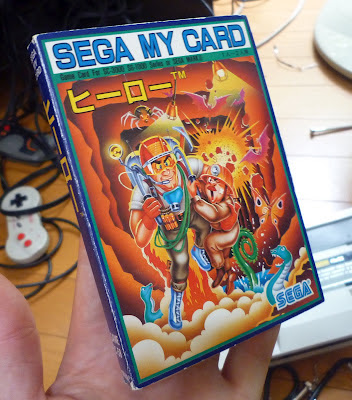 One of the things that I picked up on my recent trip to Mandarake was my first Sega My Card. The game is simply called Hero. It is a pretty good game, Simon over on Red Parsley did a mini-review of it (along with a few other SG 1000 games) that is worth checking out here.

Technically this is an SG-1000 game, but it can also be played on the Mark III. I have both so its no biggy, but I tried it out on my Mark III for a few minutes. I love the graphics. Very cool. 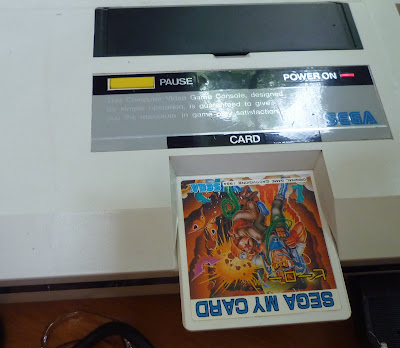 What I love most though is the box it came in. Sega My Cards I think have the best box design of any retro game out there. The cards are about the same size as PC Engine HU cards, but they didn`t use those boring CD cases. They went cardboard, which I love. It is like a little book that you open up and you are presented with the game and its manual: 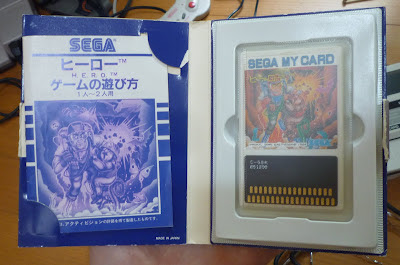 The cover art on Hero is really great too, in fact it is one of the main things that attracted me to it. At only 525 yen (about $7) it was a really good deal, mainly because the box is pretty worn out, but I don`t care much about that. The cover still looks good and that is enough for me.
Posted by Sean at 11:26 AM