Japanese Game Shops: Service is Second to None 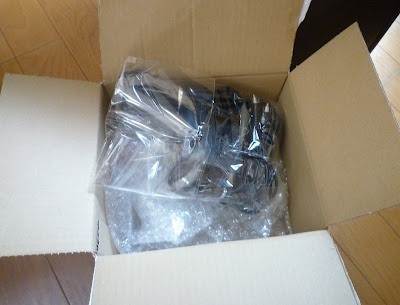 I was reminded recently of one of the other great things about Japanese game shops: the customer service is incredible.

As I recently posted about, last week I went to Kitakyushu to do some game shopping. One of the things I picked up at the Mandarake there was a loose Sega Mark III console.

The console was in their glass case right next to another old, obscure console - the Bandai Playdia. The cables for each console were in plastic bags seperate from the console.

After returning home the next day I decided to plug in the Mark III to test out a Sega My Card game that I had also purchased. Only when I went to plug it in I discovered this: 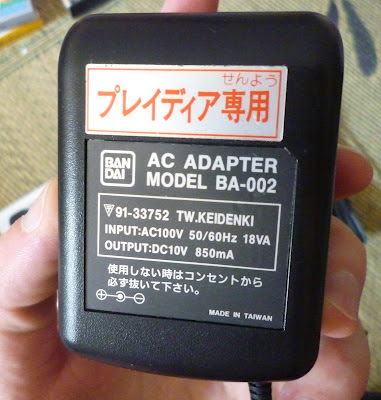 It was a pretty simple and honest mistake, when the staff member took out the Mark III console he accidentally grabbed the Playdia`s cables instead of the Mark III`s.

If this had happened at the Mandarake here in town it wouldn`t have been a problem as I could just go in and exchange it. Since it happened at the one in Kitakyushu though I sure wasn`t going to spend the time and money it took to get out there just for some cables.

So I looked up their website, found an email address for the Kokura store and sent them an email explaining the situation and asking if they could do anything.

Shortly thereafter I received a lengthy and apologetic email with a promise to mail the Mark III cables right to me.

Actions of course speak louder than words and sure enough, the VERY NEXT DAY a delivery man arrived at my door with the cable! They had gone to the expense of sending it courier rather than regular mail!

When I opened the box not only did it have the cables well-packaged in tons of bubble wrap (pictured above) but it also included a one-page letter of apology. This wasn`t a form letter either but one that had been personally written to me by one of the store`s staff. 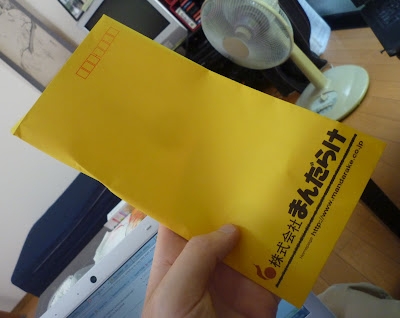 Gotta love the customer service here. If this had happened in North America I can`t imagine the difficulty I would have had in getting this sorted out.

So that is another big thumbs up for Mandarake!
Posted by Sean at 9:45 AM