Feats of Strength: How Much Abuse can One Famicom Cart Take? 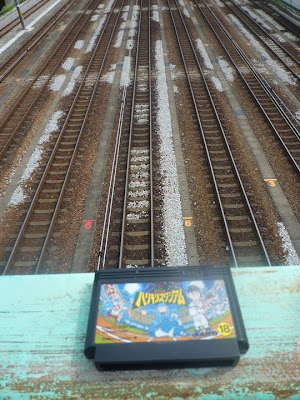 In a few recent posts the subject of video game cartridge durability has come up in the comments section.

In this post, we put the question of the durability of the Famicom cart to the ultimate test. I have devised a gruelling regimen of ten physical and psychological stress tests to put this copy of Harikiri Stadium through in order to see how far it can be pushed before reaching the breaking point. 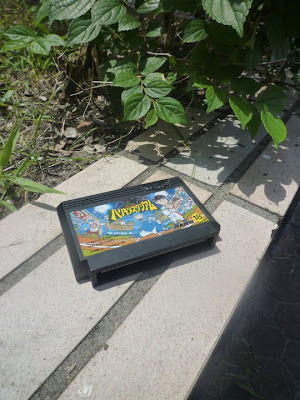 Lets just get right into the tests.

1. Getting Run Over By Me on My Bicycle: 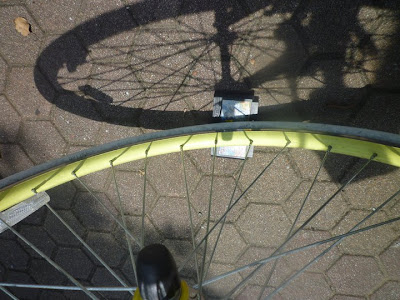 Pretty straightforward really. This photo was staged after the fact as I couldn't photograph while riding over it, but I actually did go and, at about 10kmph, run over the cart.

This didn't appear to phase it, there was no visible damage afterwards.

2. Throwing it into the Ocean: 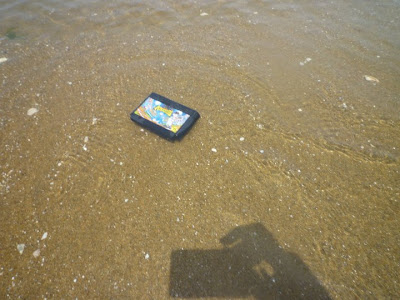 At the beach near my place. Just tossed it in there and let the waves knock it around for about 30 seconds or so.

This just got the thing wet and full of sand.

3. Getting Slammed in the Desk Drawer: 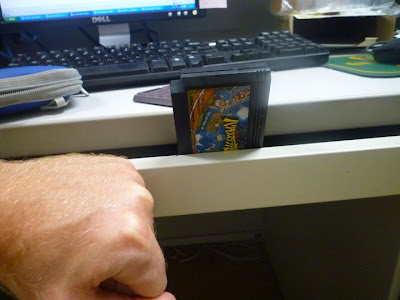 Slammed it pretty good in there. Nothing broken afterwards.

4. Making it spend 2 minutes in a municipal public restroom without air conditioning on a scorching hot July afternoon: 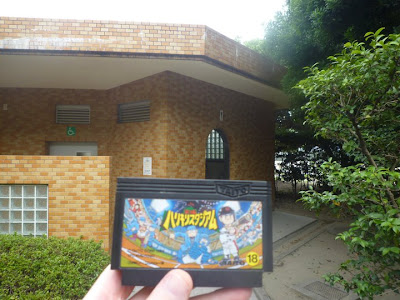 Without a doubt the test I enjoyed administering the least.

6. Forcing it to phone its overbearing mother: 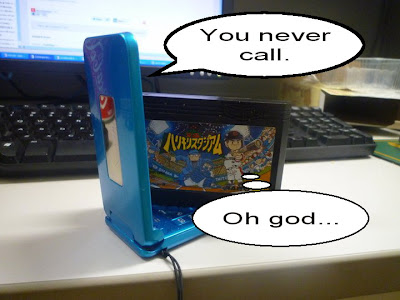 Francine had not heard from her son in ages.

7. Dropping it off Something High: 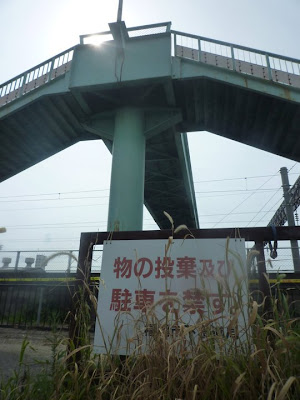 Took it to this pedestrian bridge in an industrial area. Its a lot higher than it looks: 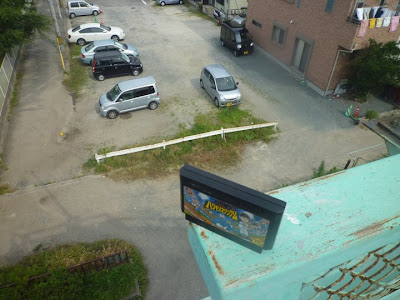 After being extremely careful that nobody was around, I gave it a nudge. It landed in a grassy patch that probably broke its fall: 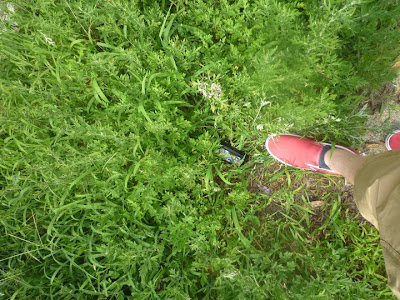 8. Seeing What a Stray Cat Would Do With It: 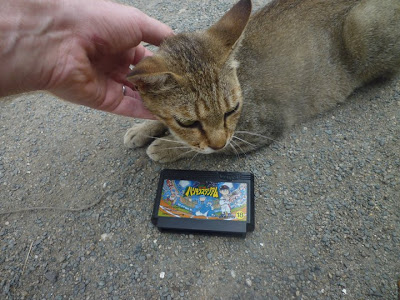 This didn't turn out to be very stressful at all. I just picked out a random stray and it turned out to be an extremely friendly one who liked getting petted on the head and chin. He pretty much ignored the Harikiri Stadium cart and just wanted to curl up around my feet.

9. Giving it to my Dog to see if the Scent of the Cat Would Drive Him Nuts: 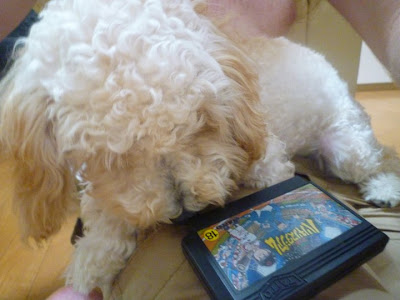 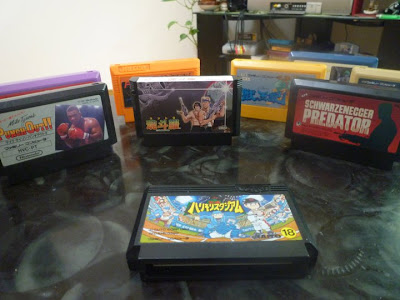 For this test, I surrounded the cart with a group of the toughest and manliest of his peers as seen in the above photo.

I then took out a package of "For You" stickers - the girliest stickers that Daiso has to offer: 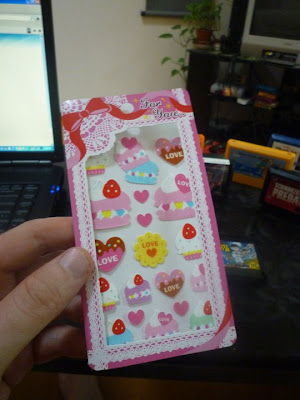 I then applied them to the cart's surface one by one. 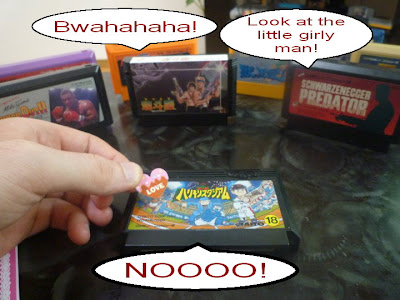 By the time we were through it looked like a horde of seven year old girls had gone medieval on the poor guy: 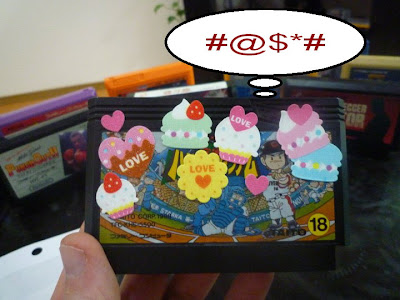 Having completed the entire series of tests, I put him into my Twin Famicom to see if he still worked.

And to my surprise he....doesn't quite work anymore: 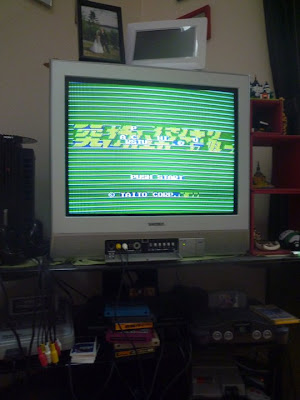 It isn't completely broken, but no matter how many times I put it in, the image is all distorted.

Unfortunately I'm not actually sure which of the stress tests did him in. Probably the ocean, but I'm not too sure.

Lesson learned: To be on the safe side you should probably refrain from putting any Famicom carts you care about through this specific series of tests.

Anyway, there you have it. A Famicom cart driven past the limits of its endurance. Not a pretty sight, I'll admit, but all in the name of scientific inquiry.

Special thanks to Ecto-glow and Nate in the comments section of this post and Bryan and videogamesarerad in this post for the idea.