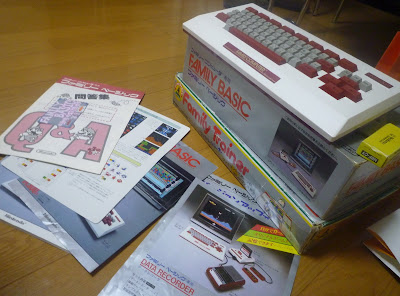 Today's trip to good old Omocha Souko, readers will be glad to know, has provided ample fodder for such a post.

I went in today to do my usual rounds. I was massively excited on getting to the game section to see that they had created a new retro game "junk" section filled with piles and piles of good old stuff for between 50 and 300 yen per item.

You might remember 3 months ago they did something similar, putting out huge piles of boxes of retro game stuff for 50 yen each. That was the last time I went on a mega shopping spree, getting boatloads of stuff. After about 5 or 6 weeks pretty much everything from those piles had been sold, with the remainder just tossed onto shelves with their regular inventory, so for the past few weeks Omocha Souko hasn't had a proper junk section.

Today's new junk bin wasn't as good as that one in September, but it was pretty good. They didn't have any games and there weren't any particularly exciting consoles (piles of Super Famicoms, Playstations, Saturns, N64s and even Game Cubes for 300 yen each but without any controllers, etc.). They had a lot of controllers separately for 100 yen each and AC adapters/ AV cables for 50 yen.

But I didn't buy any of those. 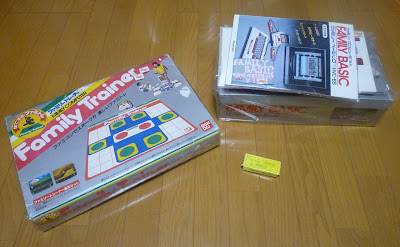 These were pretty cool. First up was Family Trainer, a Bandai game which is kind of an early version of Dance Dance Revolution and all those pad-type ones. It is also the fore-runner of the Power Pad for the NES: 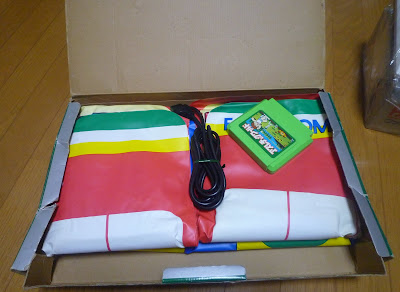 It didn't come with the manual, but the thing itself was in pretty good shape. I love the box. I have a real soft spot for 80s toy ads that have kids in amusing 80s clothes, like these ones on the back of the box: 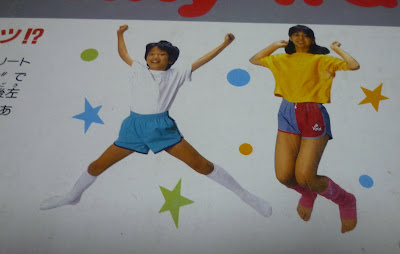 Ah...tube socks. And short shorts. Brings me back.

Anyway, next up was the Family Basic: 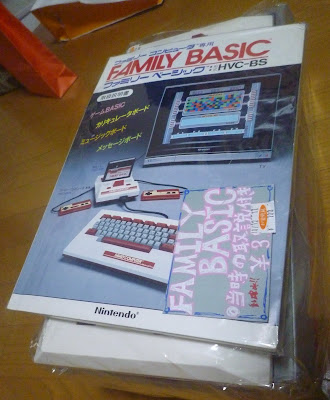 I couldn't believe this was only 100 yen. This actually wasn't something they just got in new, they've had it for sale for a long time, sometimes in the glass case. It was lovingly wrapped, CIB with the manual on the outside. They had tested it and it had this lovely handwritten sign made specifically for it: 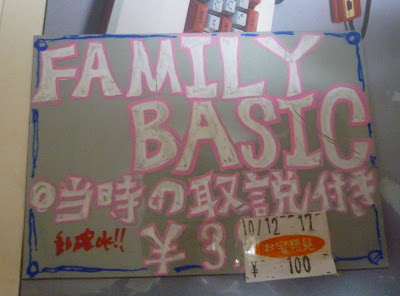 Underneath the new 100 yen price tag you can see the old price of 3,980 yen just peaking out.

This turned out to be a really good buy not just for the unit itself but for the goodies stuffed into the book: Handbills!

One for version 3 of Family Basic: 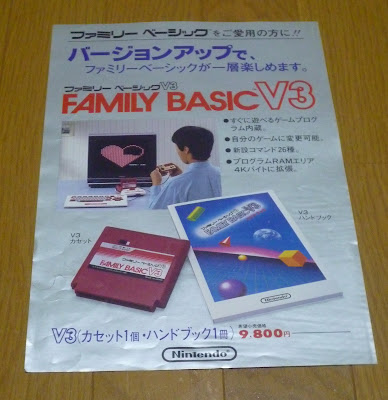 One for the Famicom Data Recorder: 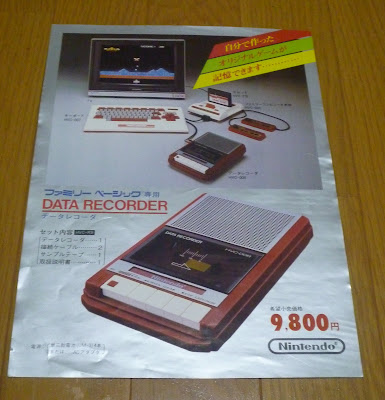 And one for the Family Basic itself:

The manual is pretty cool too. I really like it because it reminds me of my own childhood. My dad bought a Vic 20 in the early 80s and later got an Apple IIC. He had a lot of programming guides and stuff that I used to look at with utter incomprehension as a kid. They were way over my head, the type of thing only dads understood how to use. They looked pretty cool though and this guidebook reminds me of them. The photography, the font, the multicolored characters written at a slight angle: Even though the language is different, it looks so familiar: 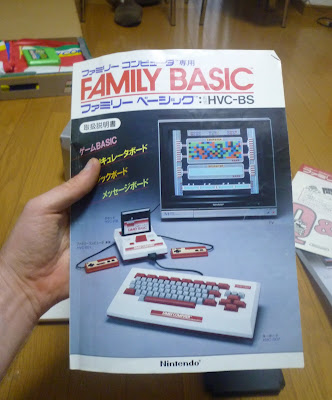 The unit itself is in pristine condition: Rounding out my shopping day, I found this little guy right at the bottom of one of the big crates: 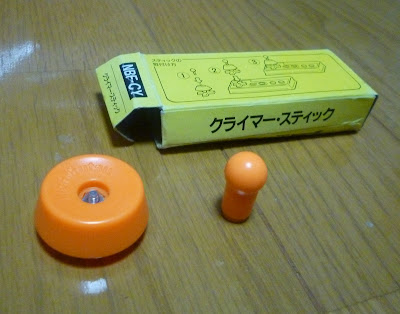 Its called a "Climber Stick" and was released by Nichibutsu, the same company that made the game Crazy Climber, so I assume its for use with that game. You can just snap it onto a regular Famicom controller: 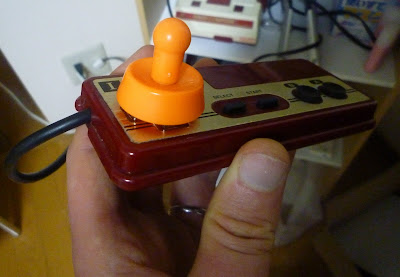 I haven't tried it yet but I'll probably go dig up my copy of Crazy Climber to see how it works. I rather like it, goes well with my growing collection of "oddball Famicom accessories" that I'm slowly accumulating!