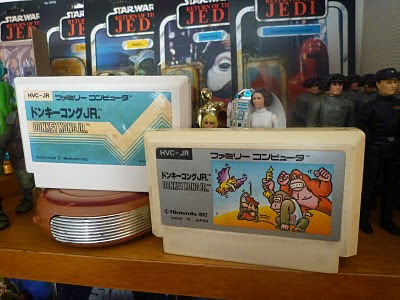 Anyway, just thought I`d put this info I had rattling around in my head out there for reference if any of you are trying to collect both versions of these games!
Posted by Sean at 10:59 AM