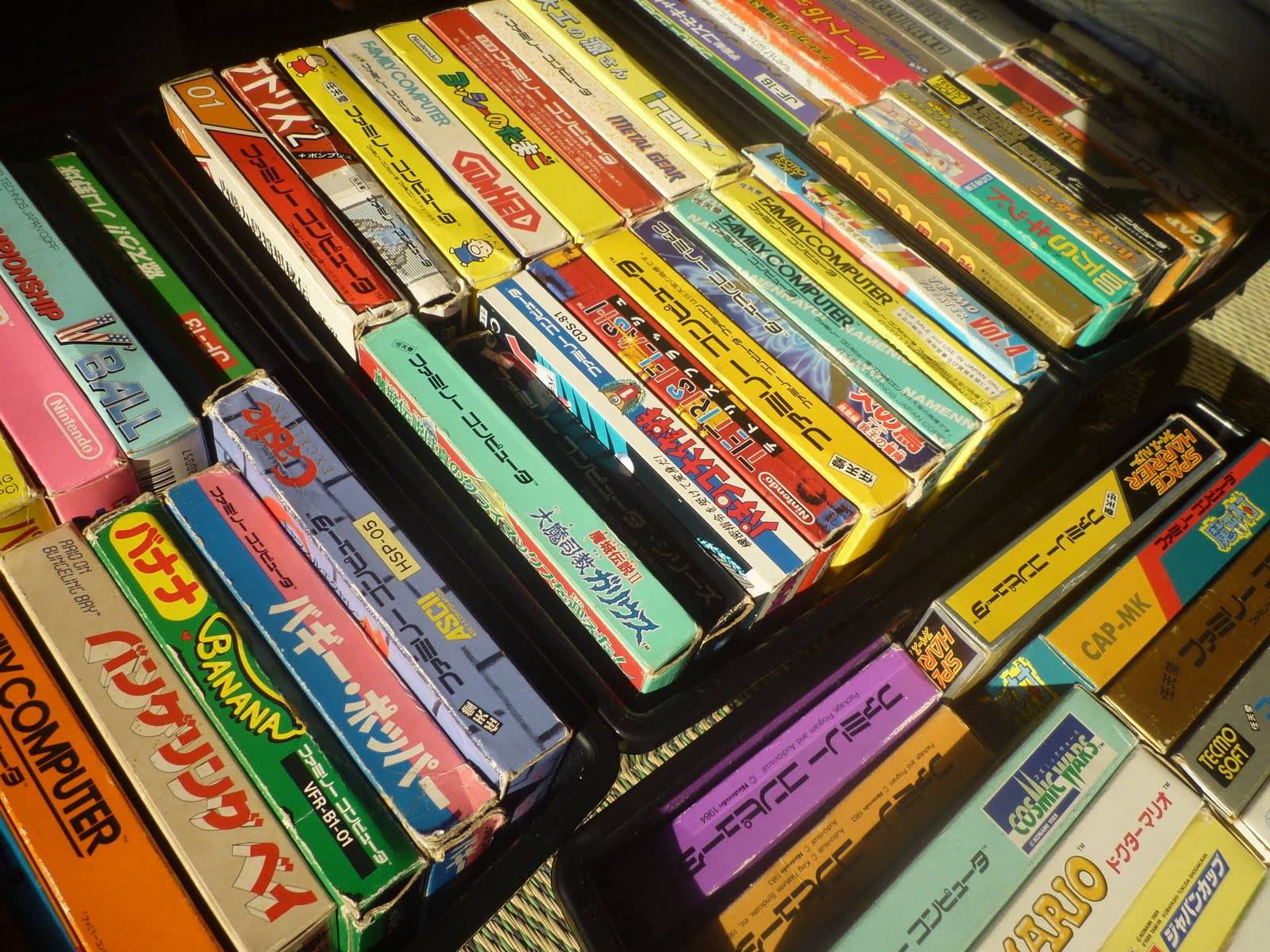 Last week I presented a list of sale prices from a massive auction that is taking place on Yahoo Auctions of CIB Famicom games.  The seller is putting up over 1000 CIB Famicom games (which would be almost all of them, possibly all) at a rate of 300 per week.  In the first sale, 88 of the games fetched prices over 5000 yen and I listed alll of those.  The highlights were Recca Summer Carnival and Battle Formula, which both sold for a little over 100,000 yen each.

Yesterday round 2 of the auction finished and here I present the same thing - a list of the prices of all the games that went for over 5000 yen.

This week the results weren't as spectacular as last, in part because there were fewer big ticket items in this one. Only 57 games went for over 5000 yen, and most of those went for under 10000 yen.  Not a single game went for over 50,000 yen in this week's group, but there were a few interesting highlights.

First off, the number one game was probably one you have never heard of - Karaoke Studio Top Hit 20 Vol. 2 - which went for 46,000 yen.  That is a game made for the Karaoke Studio microphone accessory and is extremely hard to find CIB (or loose for that matter).  One interesting aspect of that game landing at number 1 is that it is a game that is probably of no interest to people outside of Japan.  One question people have been asking is the degree to which Famicom game prices are driven mainly by foreigners buying stuff up.  A karaoke game like that, which is more or less unknown outside of Japan and of little interest (its all in Japanese) almost undoubtedly went to a Japanese collector, so the domestic market seems to be driving the prices too.

Number 2 on the list was the much more familiar Battletoads, which went for 30,000 yen (A few years ago I sold a CIB copy of that game for just $35, albeit with a rougher box.  I could kill my previous self for that act of stupidity).

There were a few games whose prices went for higher than I would have thought.  Prisoner of War is a bit hard to find, but it surprised me to find it in the top 10 selling for more than Over Horizon.

A few games actually sold for prices which might be considered quite cheap.  Barely making hte 5000 yen cut this week was Uchu Keibitai SDF at exactly 5,000 yen.  That is a pretty popular and, while not rare, it isn't particularly easy to find.  It must have slipped under the radar. 2010 Street Fighter and Abadox also went for lower than I thought they would.

Its also evident that new stuff was selling for a premium as most of the new games sold for prices higher, relative to the popularity/rarity of the game, than I would have thought.

The seller hasn't started round 3 yet but when he does, I'll post the results here.