Rarities: Nintendo in Store Display from the early 1970s 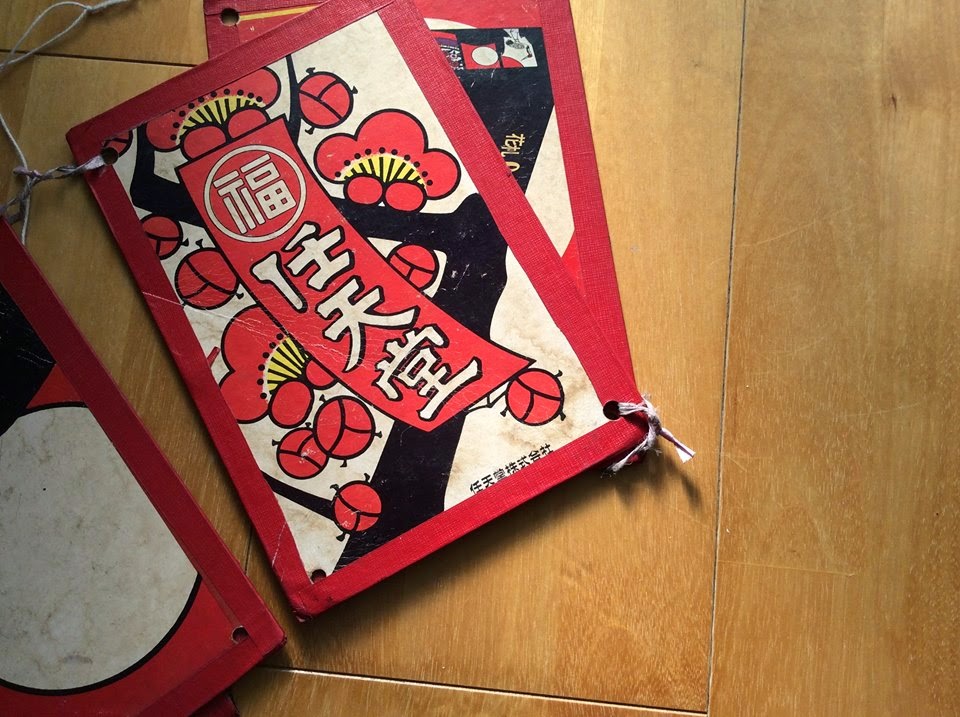 The above is one of the most interesting things in my vintage Nintendo collection.  It is a 1950s store display used to advertise Nintendo playing cards.  The big white characters 任天堂 spell out the company name Nin-ten-do.

Nintendo started out as a playing card maker and as late as the 1950s that was still its main line of business (somebody correct me if I am wrong about that).  They made a variety of cards, including regular playing cards and Japanese style hanafuda cards.  This display advertised both, with their landmark Napoleon cards featured on the top panel. 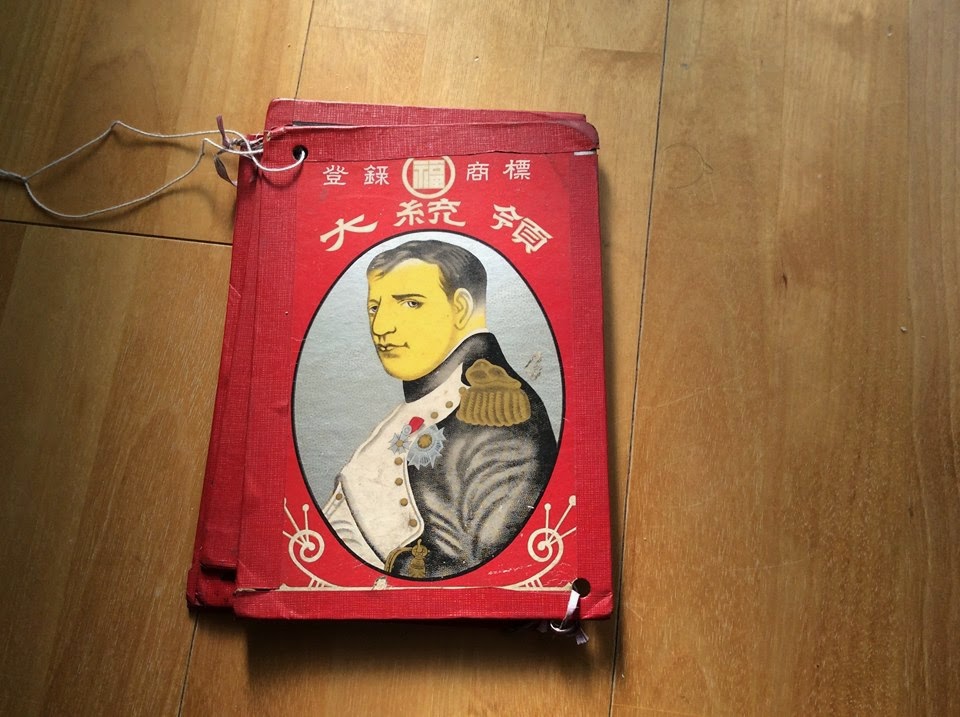 These things are literally museum pieces, one having been featured prominently in the Nintendo museum event held in Osaka back in 2007.  That is about the only reference to them I could find online.

About 2 years ago one of these popped up on Yahoo Auctions and I joined in the bidding, which ended up going through the roof (I dropped out at about 10,000 yen, it went a bit higher than that but I can`t remember the total).  So when I stumbled across this one a couple weeks ago with a starting bid of 1,000 yen I was the first bidder.  I put in a max bid of 10,000 just to see what would happen.

And guess what?  Well, obviously I won it but the best part was that I ended up being the only bidder this time so I got it for a bargain.  The good thing about bidding on stuff which only shows up in auctions once every 2 years is that unless the auction gets well promoted the people who would bid it up might not even notice it is there, which I think is what happened this time.


The thing that I really love about this is that it makes for a great piece of easy to display interior decoration.  These were designed to be hung from the ceiling as mobiles.  Pardon the mess in the background of this photo, I will be finding a more suitable location to hang this in good time. 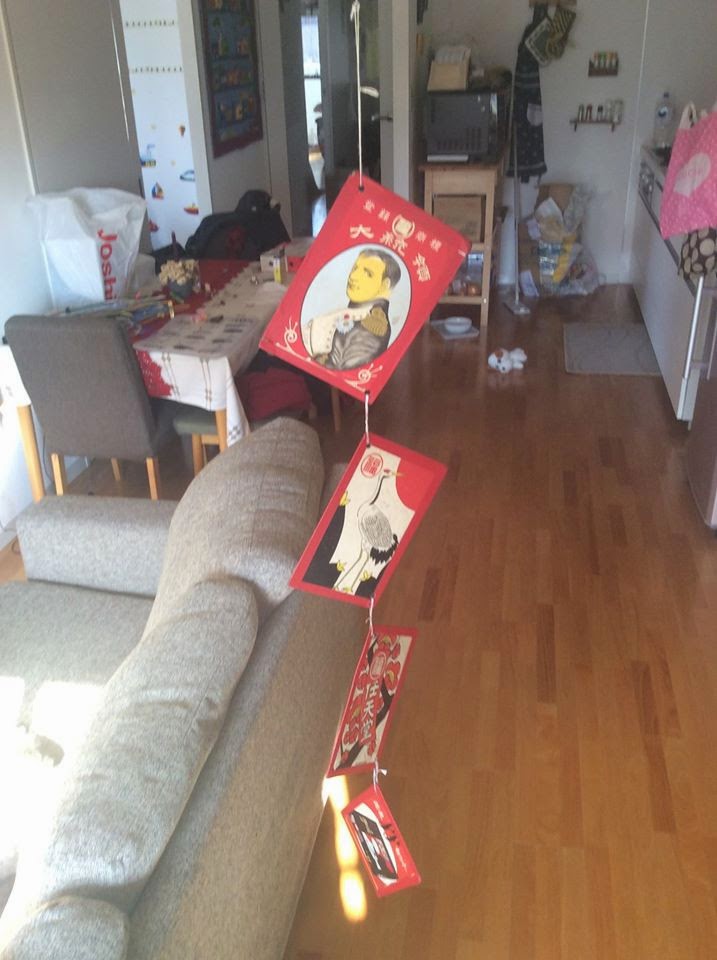 The artwork on them is very vintage and cool looking.  They slowly turn, revealing the other side of each card: 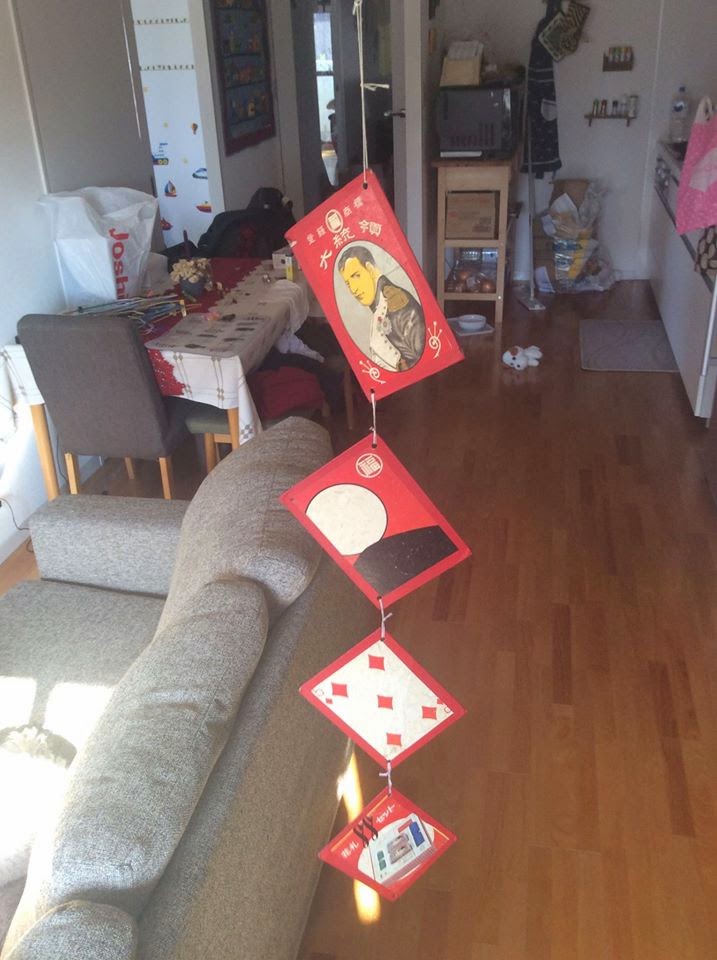 I am really getting into collecting vintage pre-Famicom stuff from Nintendo, partly inspired by Erik`s Before Mario blog, so I`m pretty happy to add this to my still modest collection.

EDIT: I originally thought this was from the 1950s owing to what the seller had been talking about.  As Erik points out in the comments however it actually dates from the early 70s.
Posted by Sean at 11:15 AM