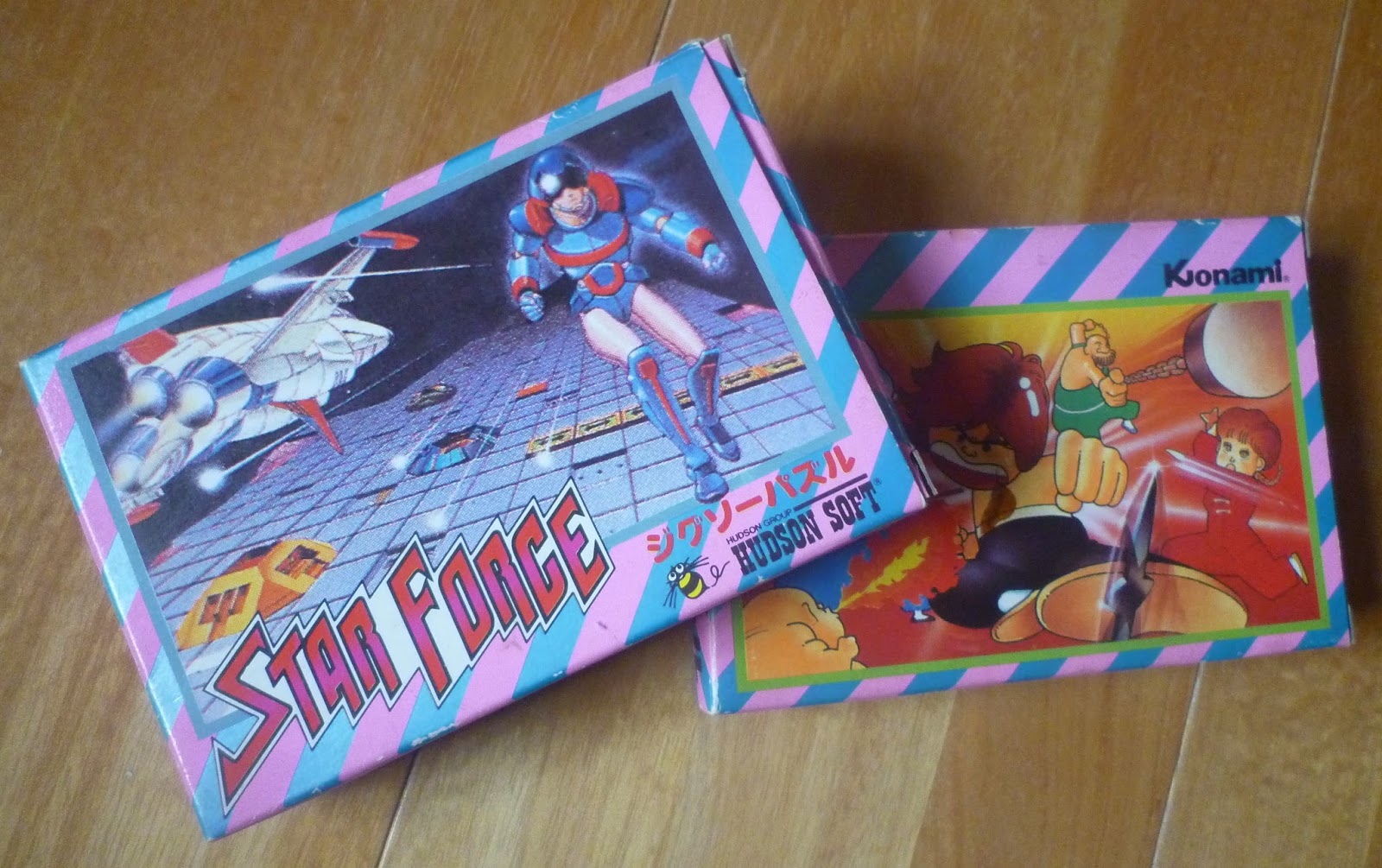 In the mid-1980s a company called Amada had a contract with Nintendo and a number of game producers like Jaleco and Konami to produce novelty items related to Famicom games. I first got interested in their stuff a few years ago when I stumbled upon a box of Famicom mini cards they put out in 1985.  They made a number of other things, including the ever popular series of erasers shaped like Famicom carts, complete with their boxes and a series of stickers that I have a few of but haven`t posted about yet.

Amada`s relationship with Nintendo was very brief, they seem to have only had a 1 year contract as all of the merchandise they made was limited to games released in or before 1985.  So for games from 1986 onwards there is none of this stuff, which is kind of an interesting divide in Famicom game history.

Last week I picked up a couple of other Amada Famicom goodies released in that one year.  The first are a pair of Famicom jigsaw puzzles of Star Force and Yie Ar Kung Fu pictured at the top of this post.  These were relatively tiny puzzles with only a dozen or so pieces 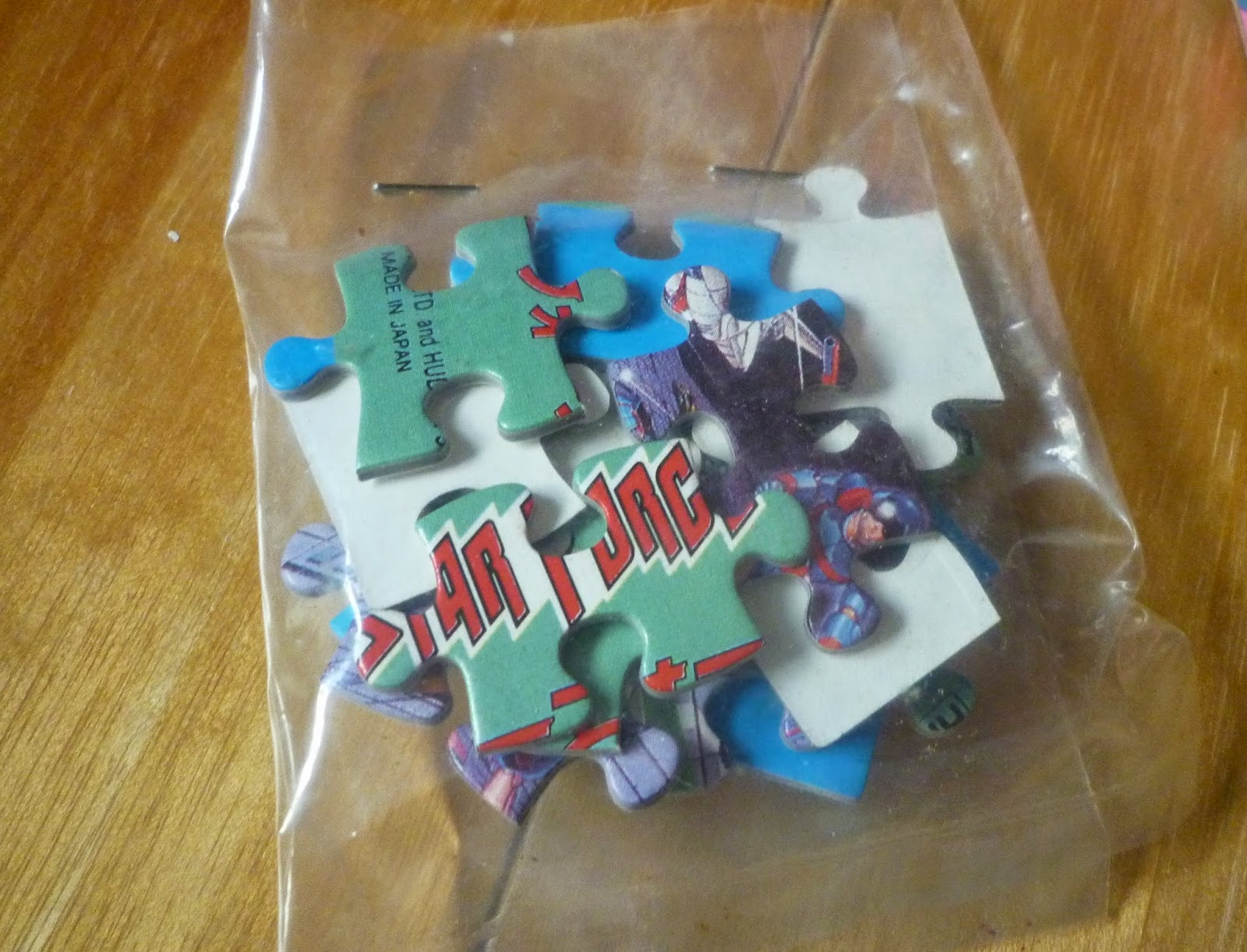 Though the boxes are almost the same size as the regular Famicom game boxes: 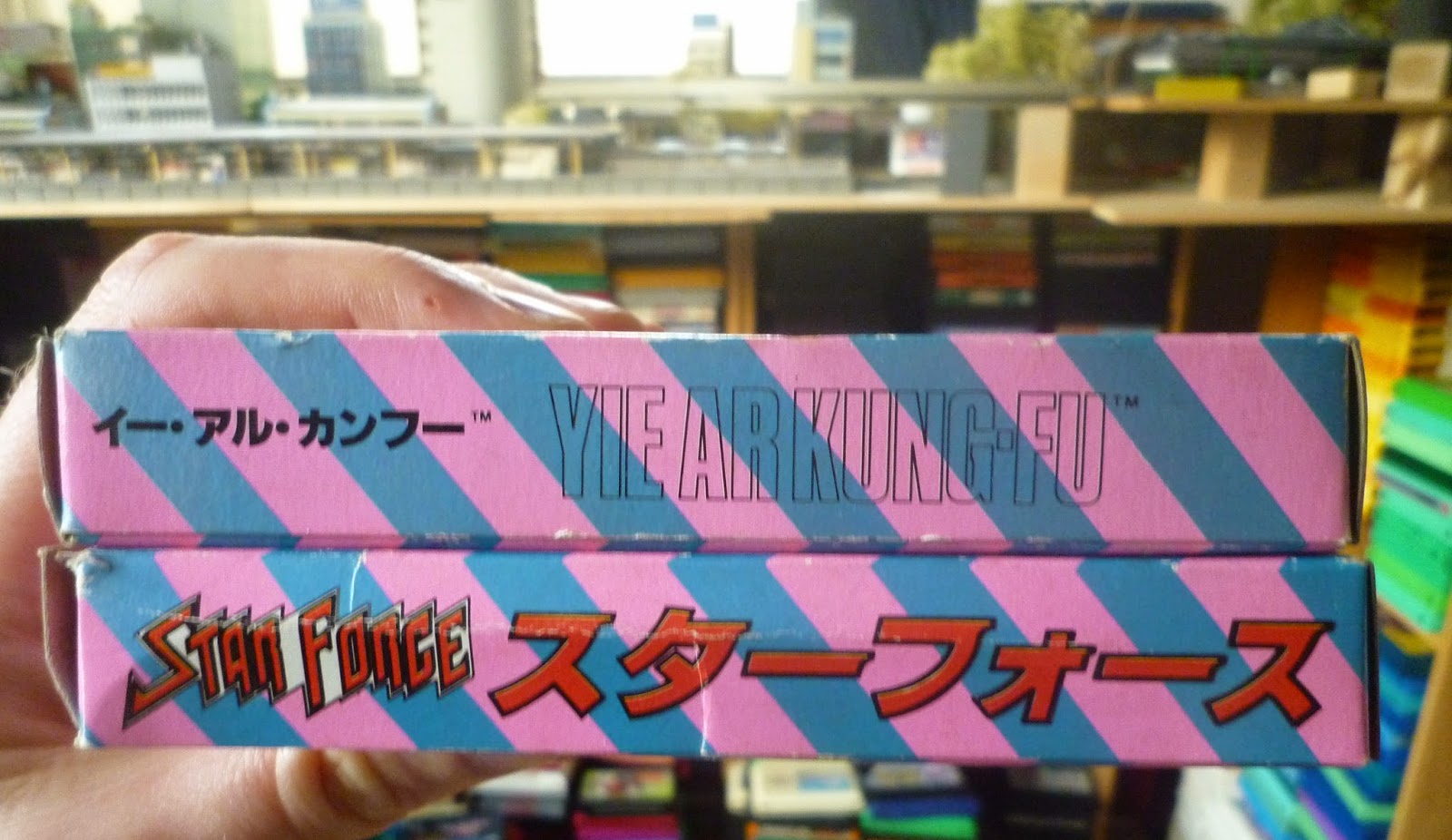 Judging from this blog here (in Japanese, but there are some pretty cool photos of Amada Famicom stuff so its worth a look) these puzzles sold for just 20 yen each back in the day, though most of them were sold in little envelopes rather than boxes like this. The boxed ones were given out as prizes to lucky winners of a game (if your puzzle had winner written on the back you could trade it for one of the boxed ones I think).

Another thing that I picked up were a couple of boxes of Famicom Menko.  Menko are like trading cards, but they are made of very thick cardboard and intended to be throw at the ground in a game (the goal of which is to flip over other cards). 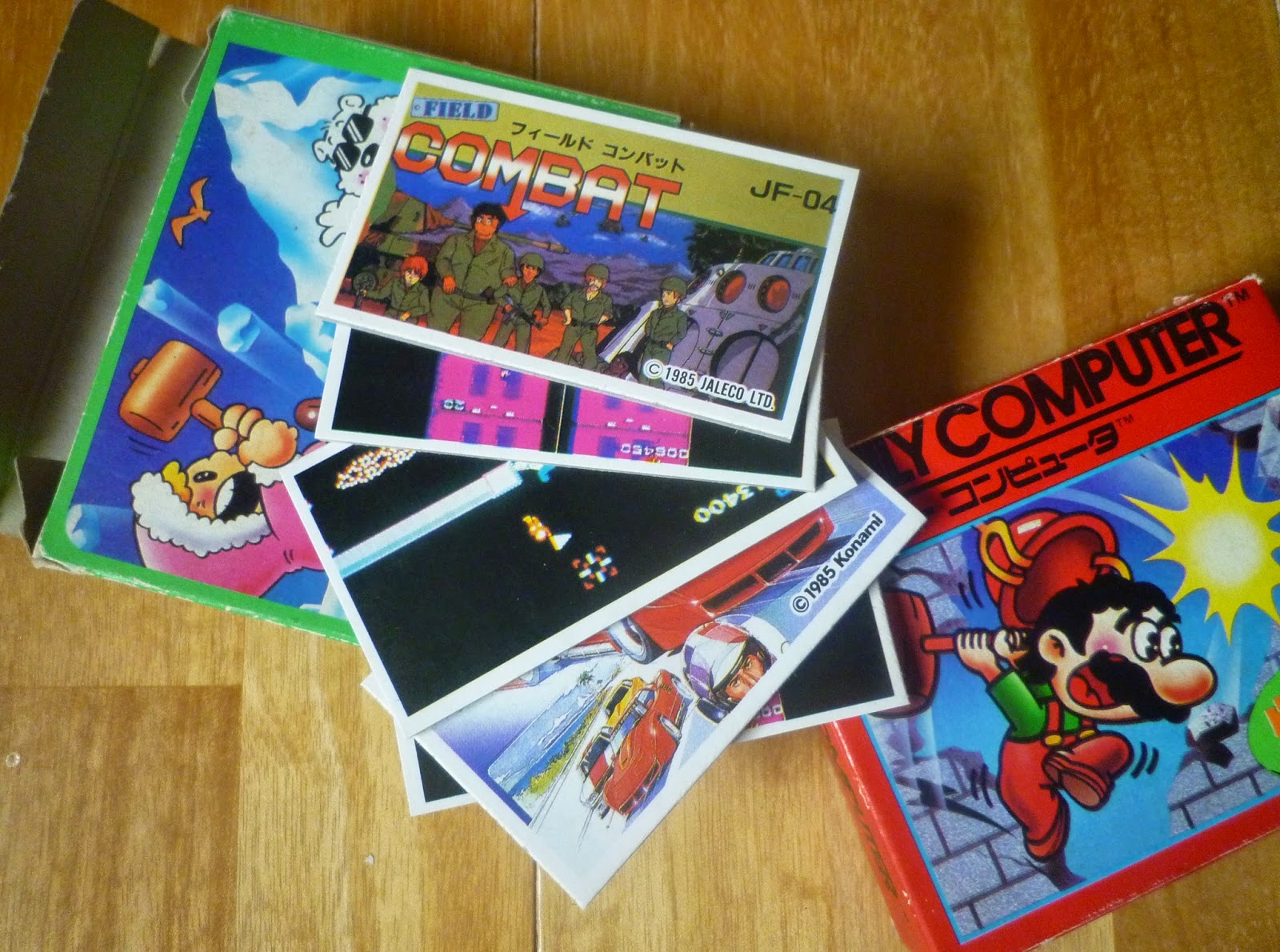 So these are different from the mini cards Amada also issued for the Famicom, though the fronts are largely the same, featuring images from games that look like they were created just by somebody pointing a camera at a TV (something which a number of Japanese trading card makers were known to do back in the 80s). 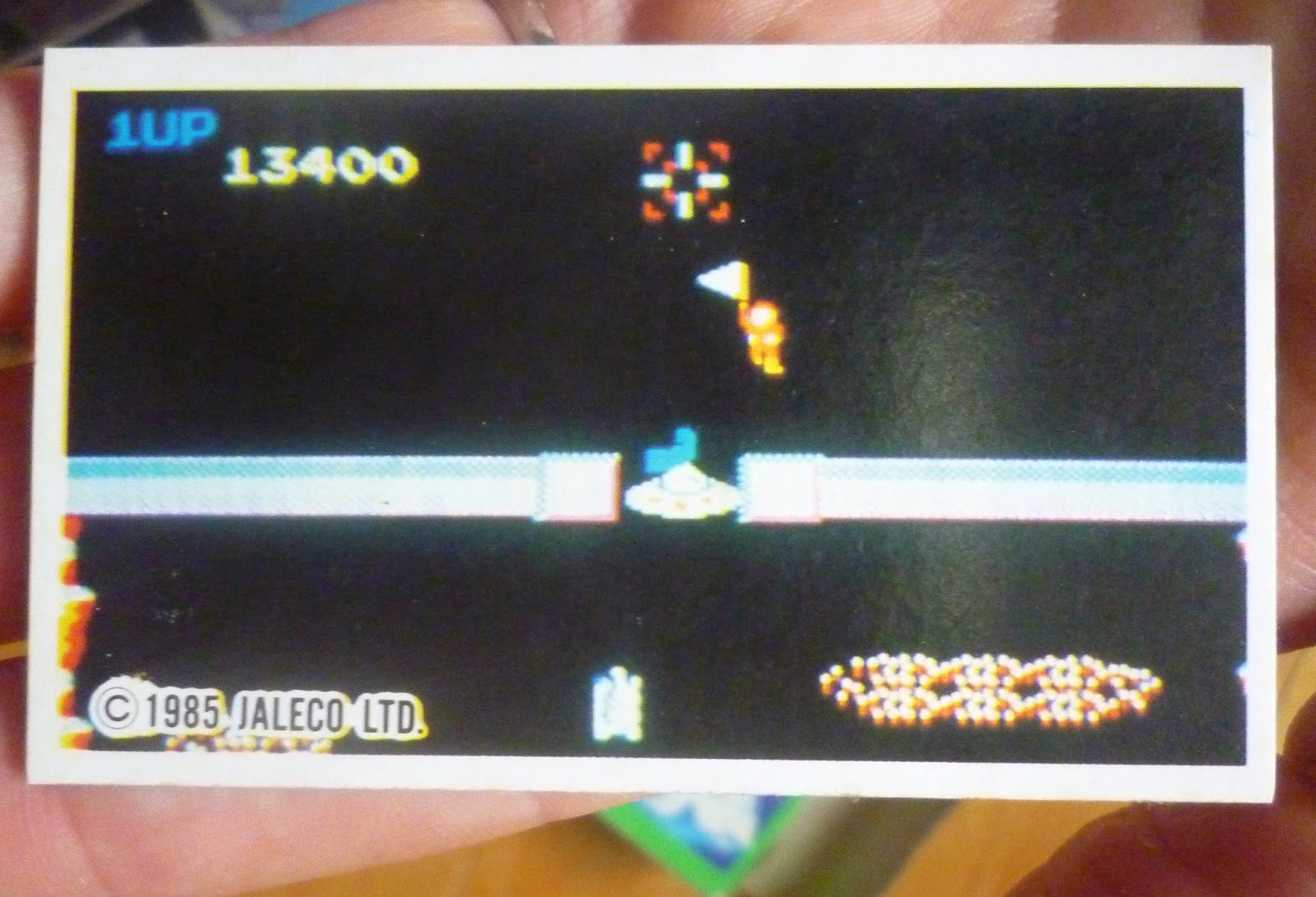 Like the puzzles, these Menko came in pretty cool boxes that replicate the look of Famicom cart boxes, mine featuring Star Force and Wrecking Crew on the fronts:

These things are pretty hard to find unfortunately.  Loose mini cards and some erasers turn up on Yahoo Auctions regularly but the puzzles and CIB stuff only shows up every once in a while.  I think they are a pretty cool side-collection type thing to compliment an actual Famicom.
Posted by Sean at 4:36 PM