Cool Stuff: A Famicom with some Famitsu Stickers on the Controllers 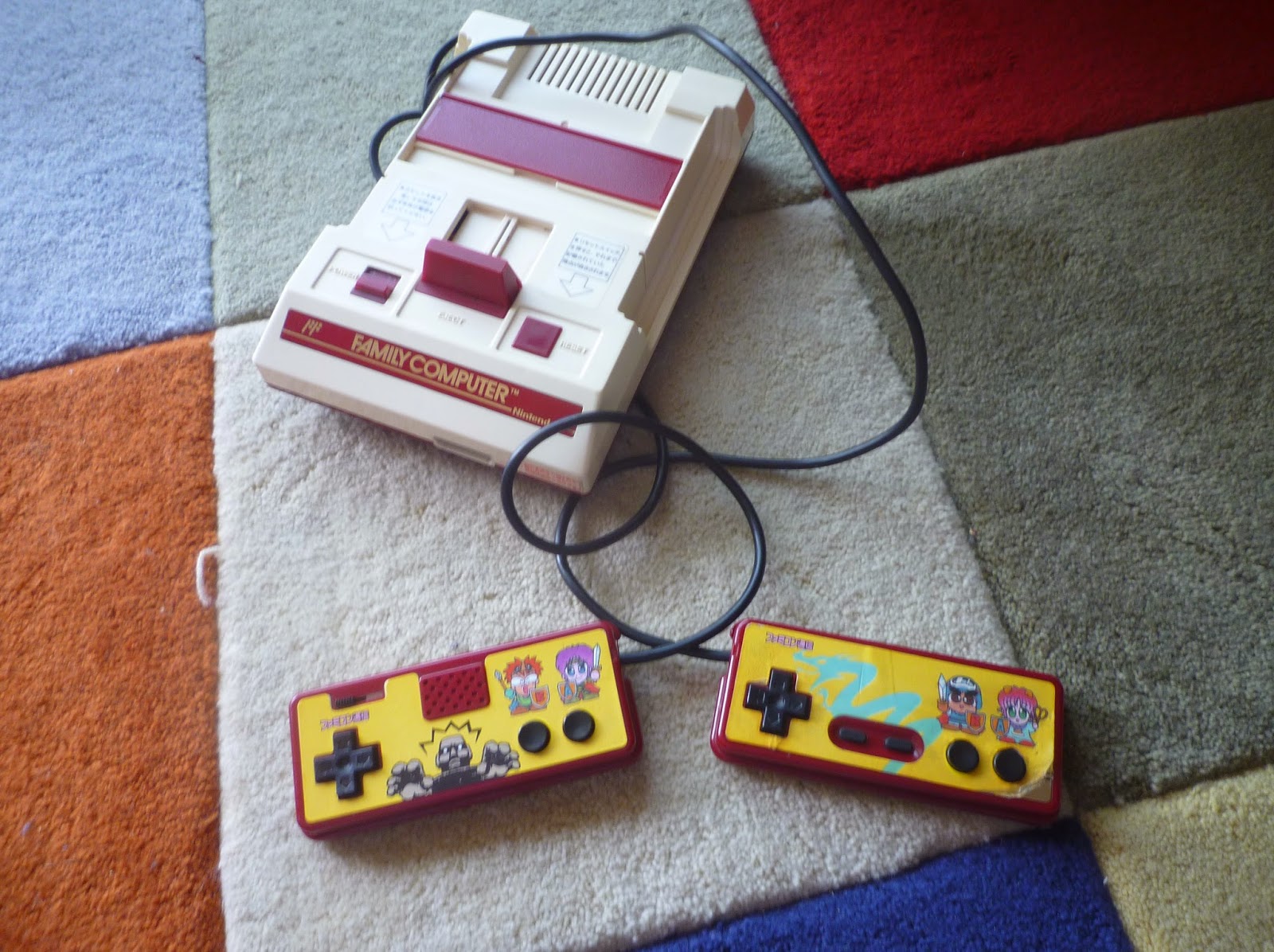 One thing that I like about finding old Famicoms is when they have stickers on them.  Not just random stickers, mind you, but stickers which were specifically designed to be placed on a Famicom. 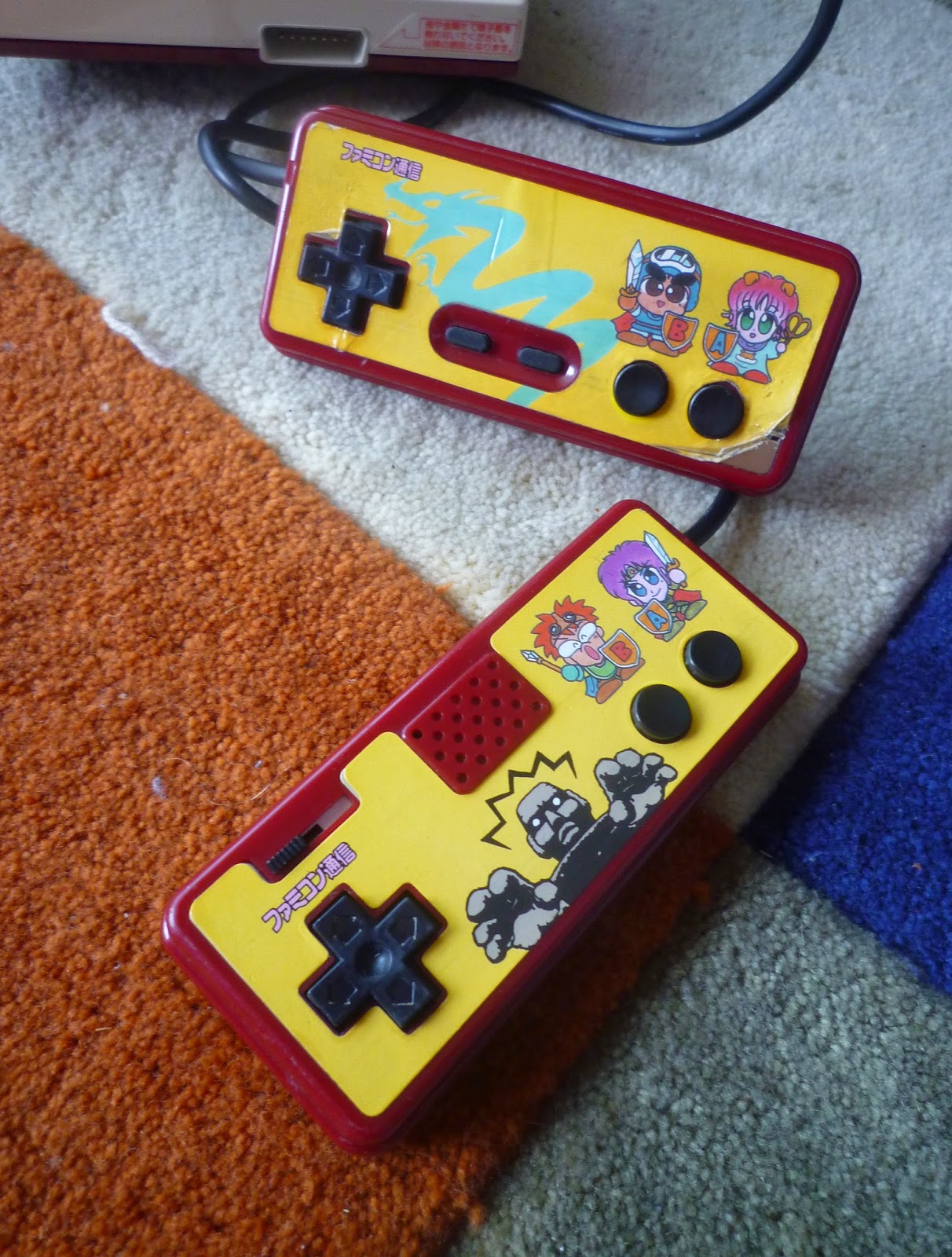 This one I picked up a while ago and is sort of my back-up Famicom now.  I mainly got it for the stickers on the controllers.  Famitsu Magazine used to sometimes include various Famicom stickers that they`d include as special promotions.  By far the most useful ones were designed to put on the top sides of Famicom carts so that you could easily identify which cart it was.  Actually a lot of Famicom carts floating around out there still have those on them.

Much harder to find though are the ones designed to put on Famicom controllers.  I`ve only ever seen two Famicoms with those on them, this one and another that I found at Omocha Souko a few years back which had the remnants of Dragon Quest stickers on them.

I guess one of the reasons they are hard to find is that they don`t really have any function other than to make your Famicom controllers look different, and maybe people were therefore reluctant to put them on.  Also they look like they would have been kind of difficult to apply to the controllers, there are a lot of things (buttons, etc) you have to line up perfectly and if you mess it up by even 1mm it just wouldn`t look right.

I particularly like these ones in part because whoever applied them did a really good job of it, they are perfectly lined up and centred.  And the artwork on them is pretty cool.  Another thing I like is what these stickers tell me about this Famicom.  The sticker on the number 1 controller is pretty messed up, indicating that it was used a lot.  The sticker on the number 2 controller however is immaculate and looks like it was put on yesterday.  Obviously whoever owned this Famicom was accustomed to playing it solo.

Anyway, I just kind of thought these stickers were cool and wanted to do a post about them :)
Posted by Sean at 9:26 AM