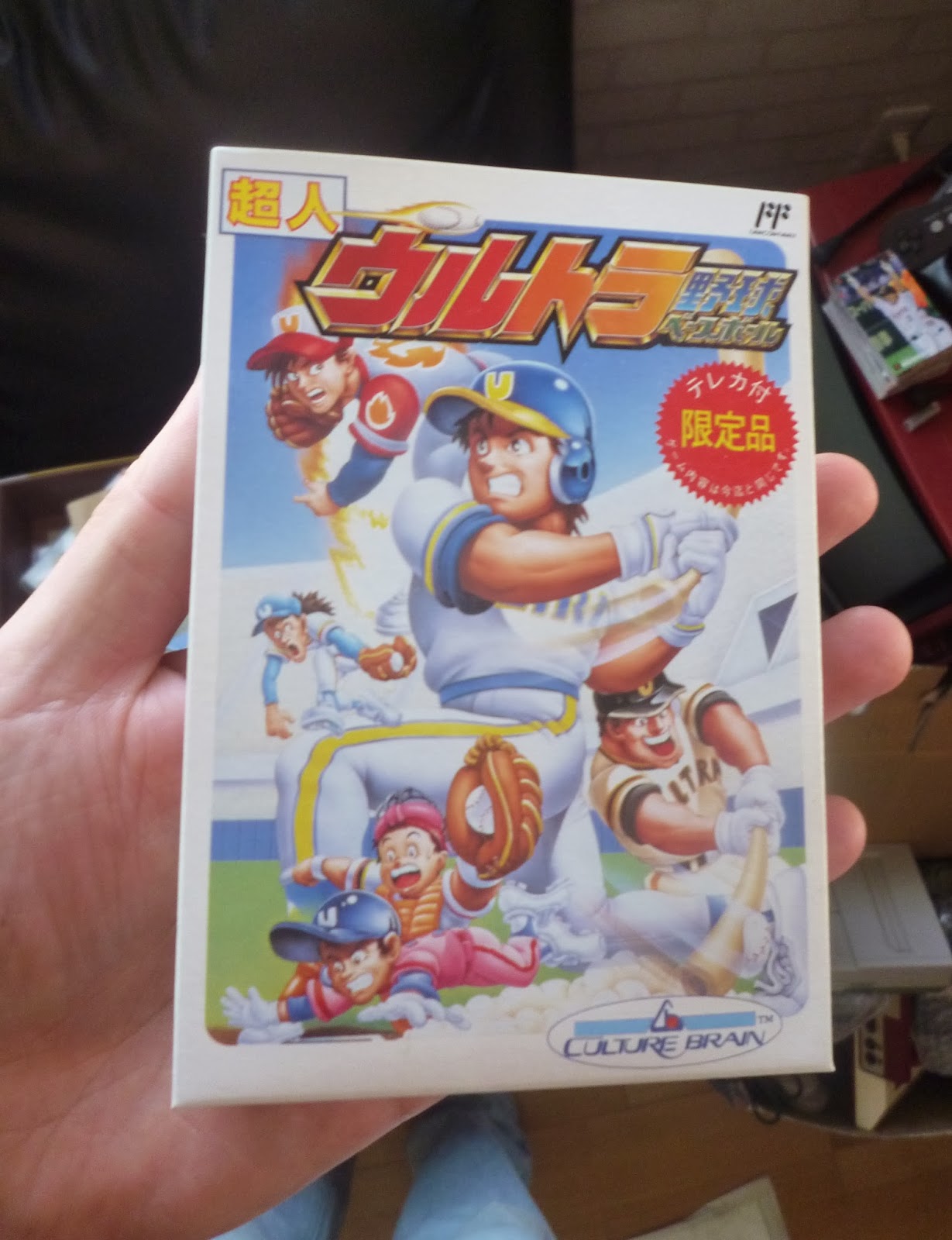 I bought this limited edition version of Choujin Ultra Baseball off of Yahoo Auction the other day, mostly out of curiousity.

I wouldn`t normally bother buying a baseball game, but this one is of mild interest from a Famicom collector`s point of view.  Note the little red circle there which says `Tereka tsuki Gentai Hin` - Limited Edition, comes with telephone card. 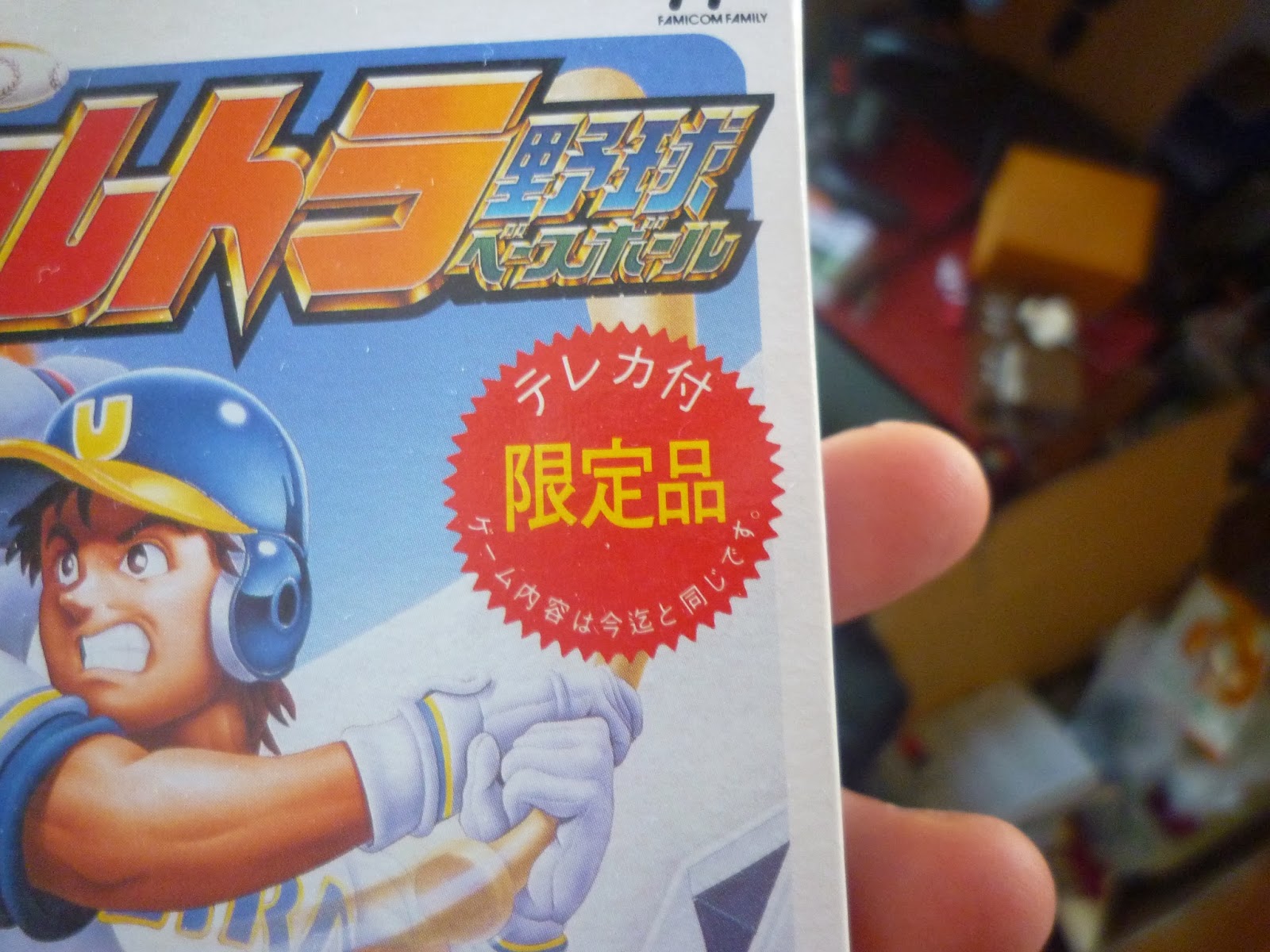 This was a special release of the game that came packed with a phone card.  Collecting phone cards is a kind of popular hobby in Japan since over the years lots of them have been issued with various artwork on them.  I don`t collect them but I see them for sale from time to time.  I am guessing they must be on the wane with everyone having cell phones today, but in the 90s they were pretty commonplace. 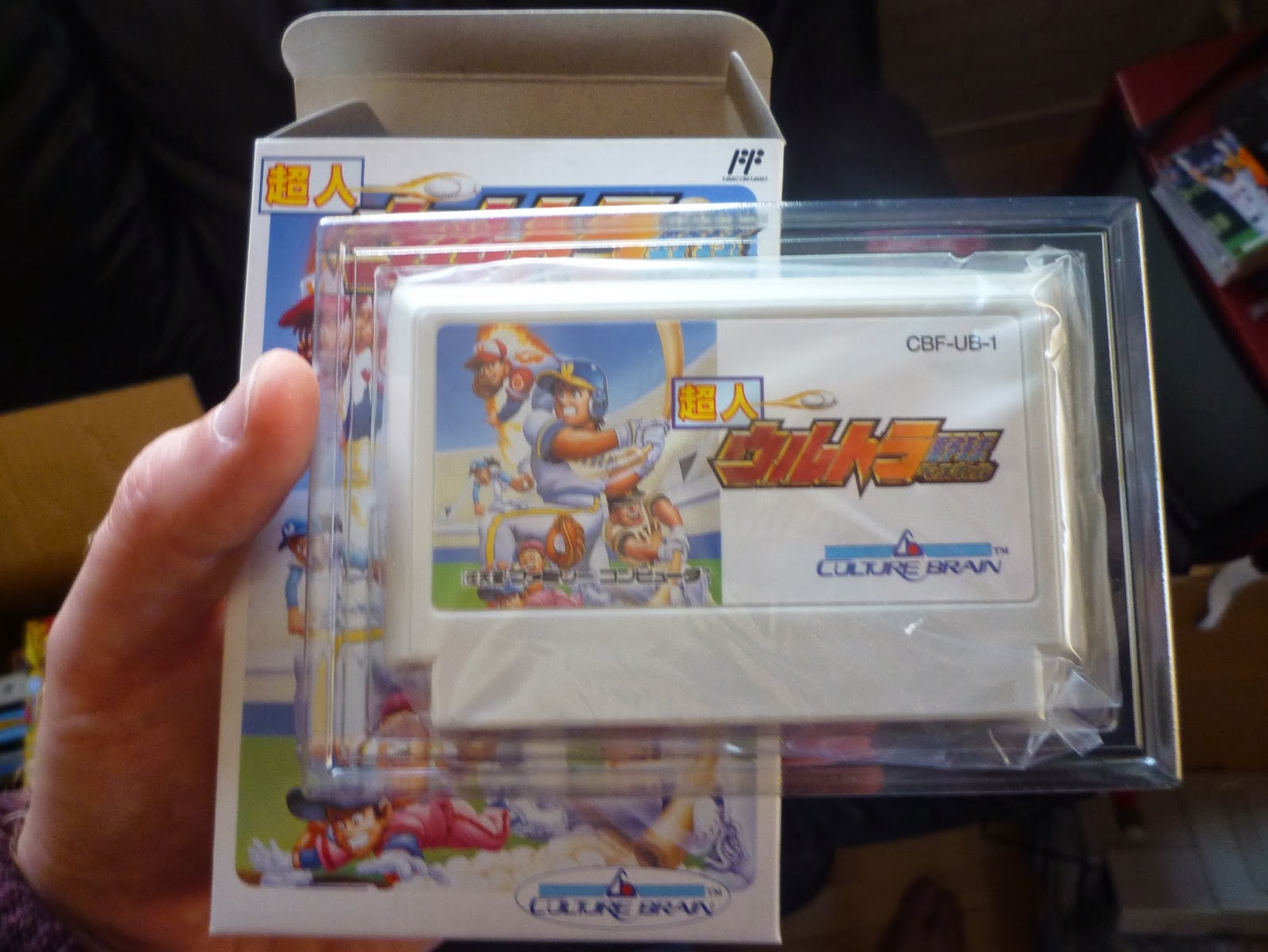 Anyway, my copy of Choujin Ultra was almost CIB but not quite - the Telephone card had been removed.  I did a bit of looking around and found quite a few of these almost CIB copies of it on Yahoo Auction, all of them with the phone card removed.

I can`t really get too excited about owning a phone card, so I haven`t bothered picking one up.  But if you are a purist, I suppose you would need one in order to truly have a CIB copy of this game.

Anyway, that is just another random, extremely minor piece of Famicom collecting trivia that I stumbled across recently and just thought I would put it out there!
Posted by Sean at 12:23 PM