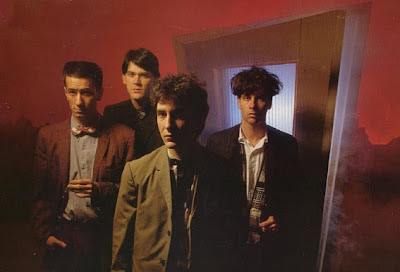 I was just sitting here listening to Wall of Voodoo`s Mexican Radio and it moved me to devote a few minutes to the old blog. Something about that song, its very conducive to writing about early 80s video games. That line about wishing one was in Tijuana eating barbequed iguana, that is exactly how I feel when....well, just about all the time actually. 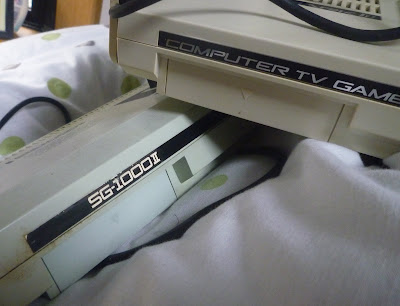 So anyway, guess what I got! Without looking at any of the pictures or reading the title of this post. Go ahead, just guess! Yes, a Sega Mark III! 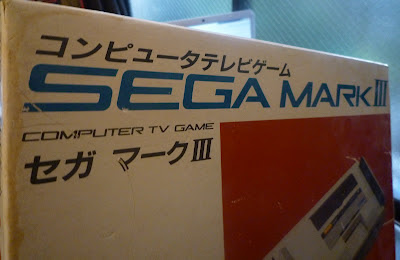 I`ve wanted one of these for a while. I already have the adaptor that lets you play Mark III games on the Mega Drive but I felt that was cheating. If you are going to play old school video games then there is really no excuse for not doing it in style with the original console.

Well, not having the console is, I suppose, a decent excuse. At any rate, I no longer have to worry about that sort of thing.

It came in a lovely box: 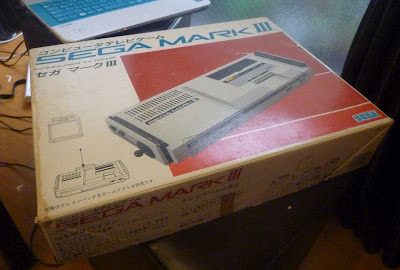 With everything in there (even the manual, which I didn`t get in this shot): 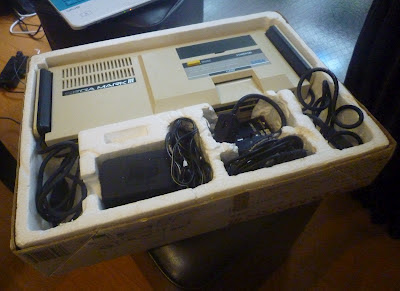 The Mark III is very similar in style and shape to the SG-1000 II, though they aren`t compatible with each other. I do however like the way they look stacked one on top of the other: 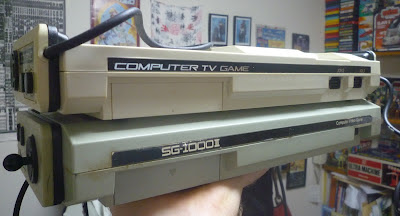 A chance encounter at an out of town conference that led to an evening of wining, dining, karaoke and ultimately an ill advised night in a hotel room that they would both regret on waking the next morning: 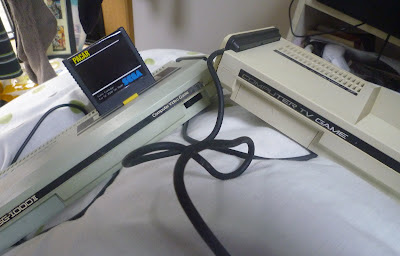 Innocence lost, they lay casually on the futon pondering an exit strategy. For their love was never meant to be.

`If only we were compatible....` He says, a puff of cigarette smoke emanating from his cartridge slot.

`We just weren`t made for each other.` She says in a voice of resignation, turning away on her side.

OK, enough of that. These posts are getting too avant garde for a video game blog. Lets just end by saying that I do like this new console of mine.
Posted by Sean at 9:19 AM