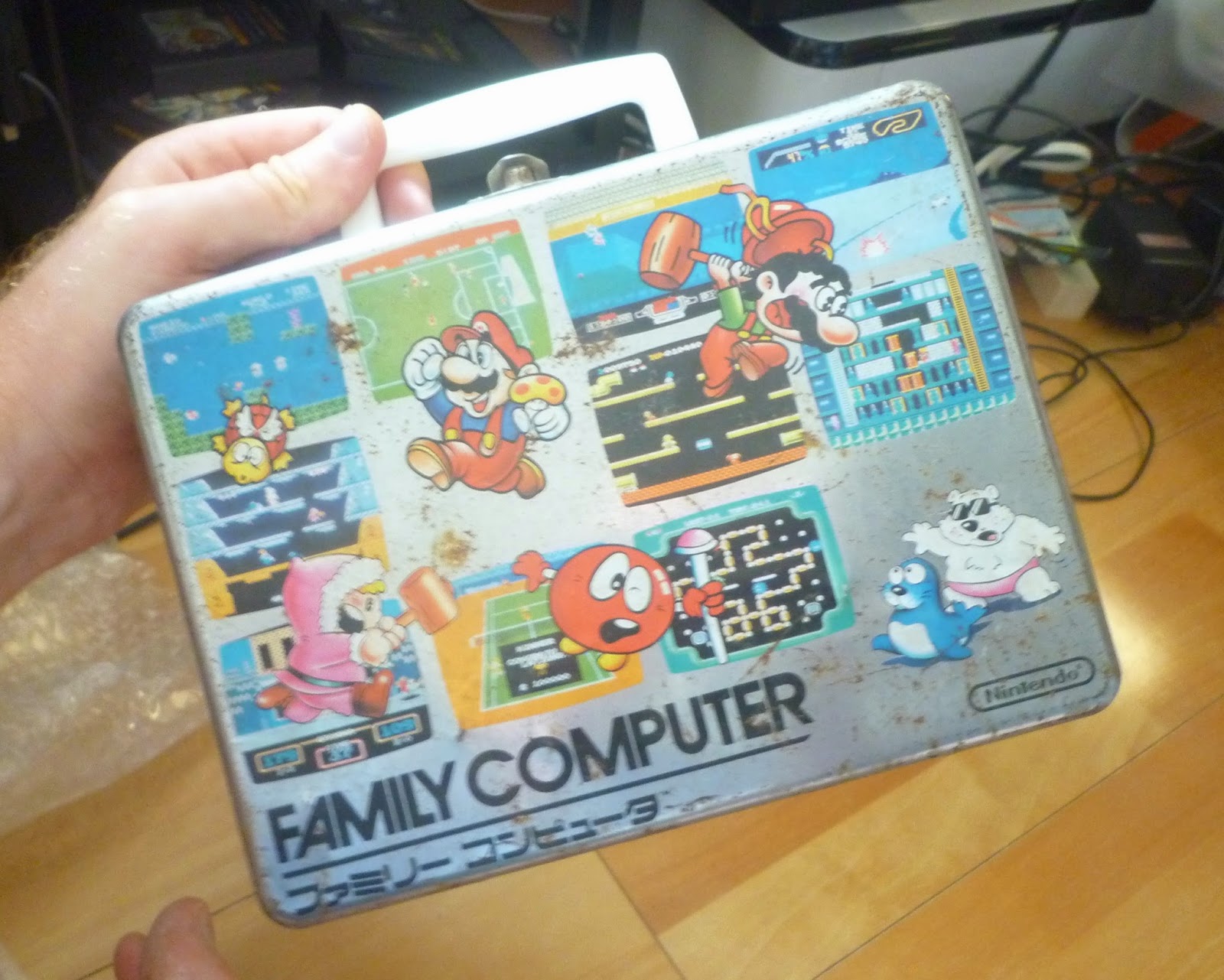 I got an unexpected surprise last week.  I had bought a small lot of about a dozen Famicom carts off of Yahoo Auctions and when they came in the mail I discovered that the sender had used the most awesome packing box ever - a vintage Famicom lunch box!

This thing is totally awesome.  Released in 1985 it features the usual round up of figures from popular early Famicom releases on the front - Ice Climber, Super Mario, Wrecking Crew and Clu Clu Land.  The art looks awesome close up 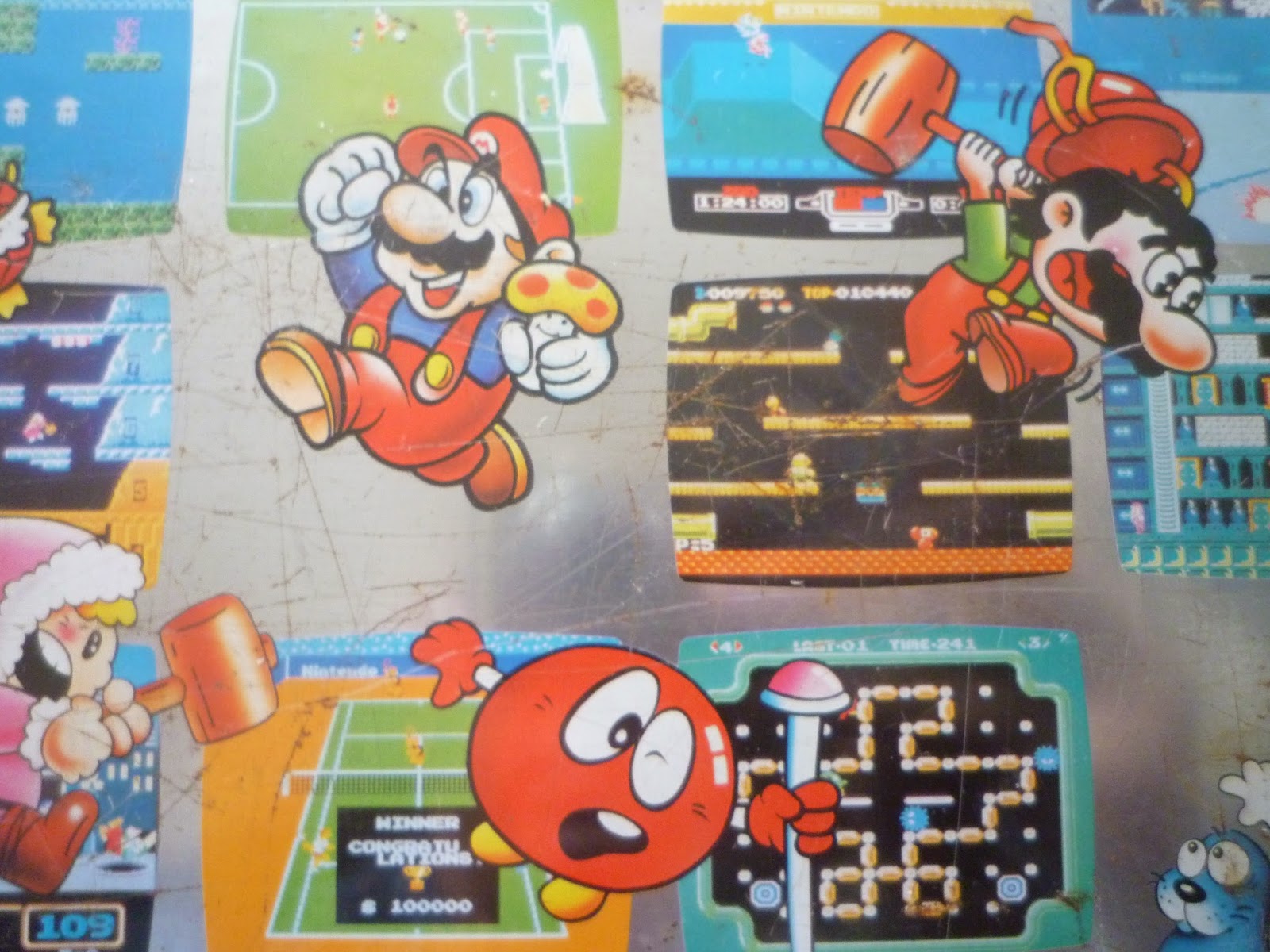 Both the top and the bottom have that same, colorful artwork on it.  On the side it just lets you know its a Family Computer lunch box 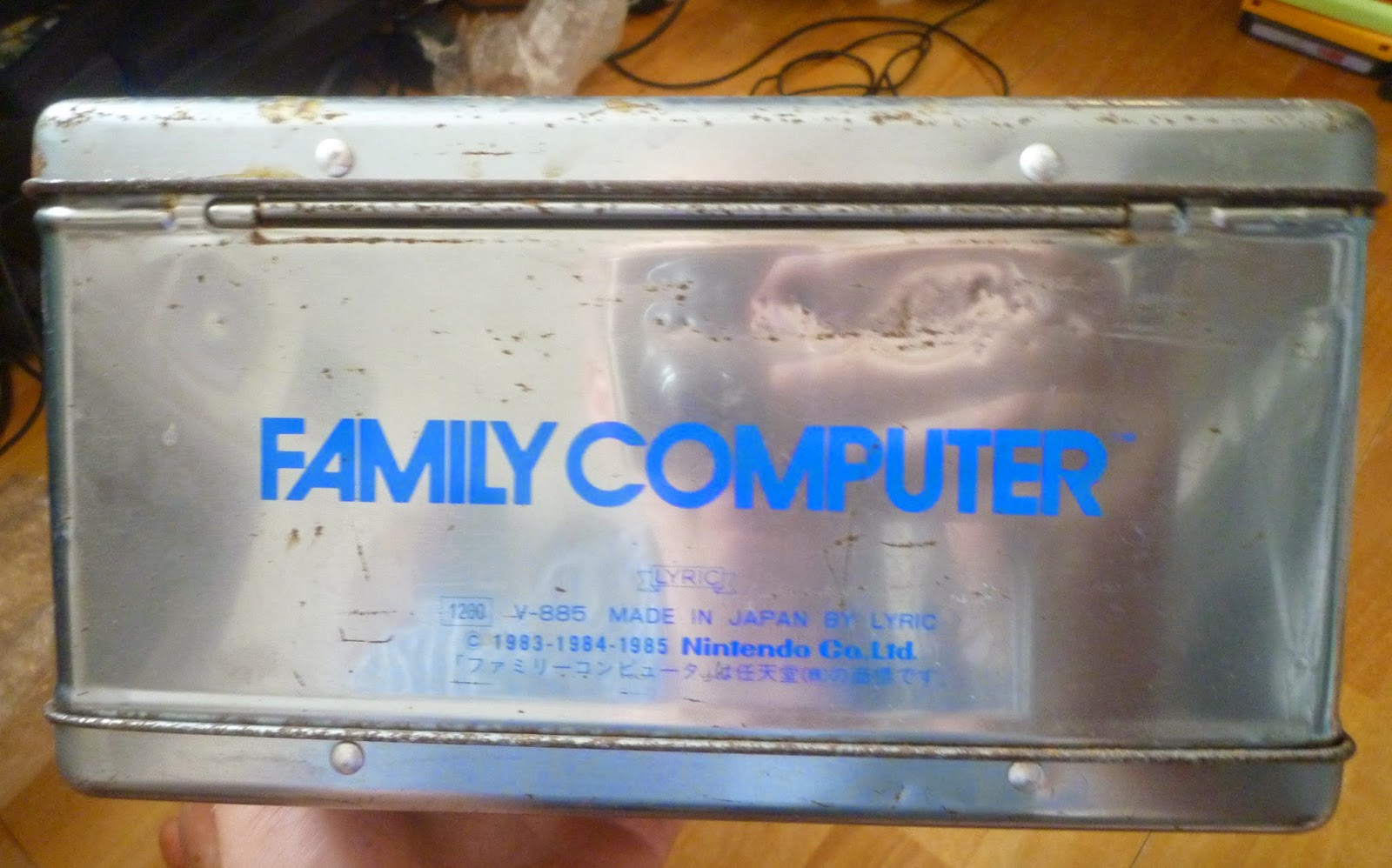 While the other side has some blue colored characters from Super Mario Brothers: 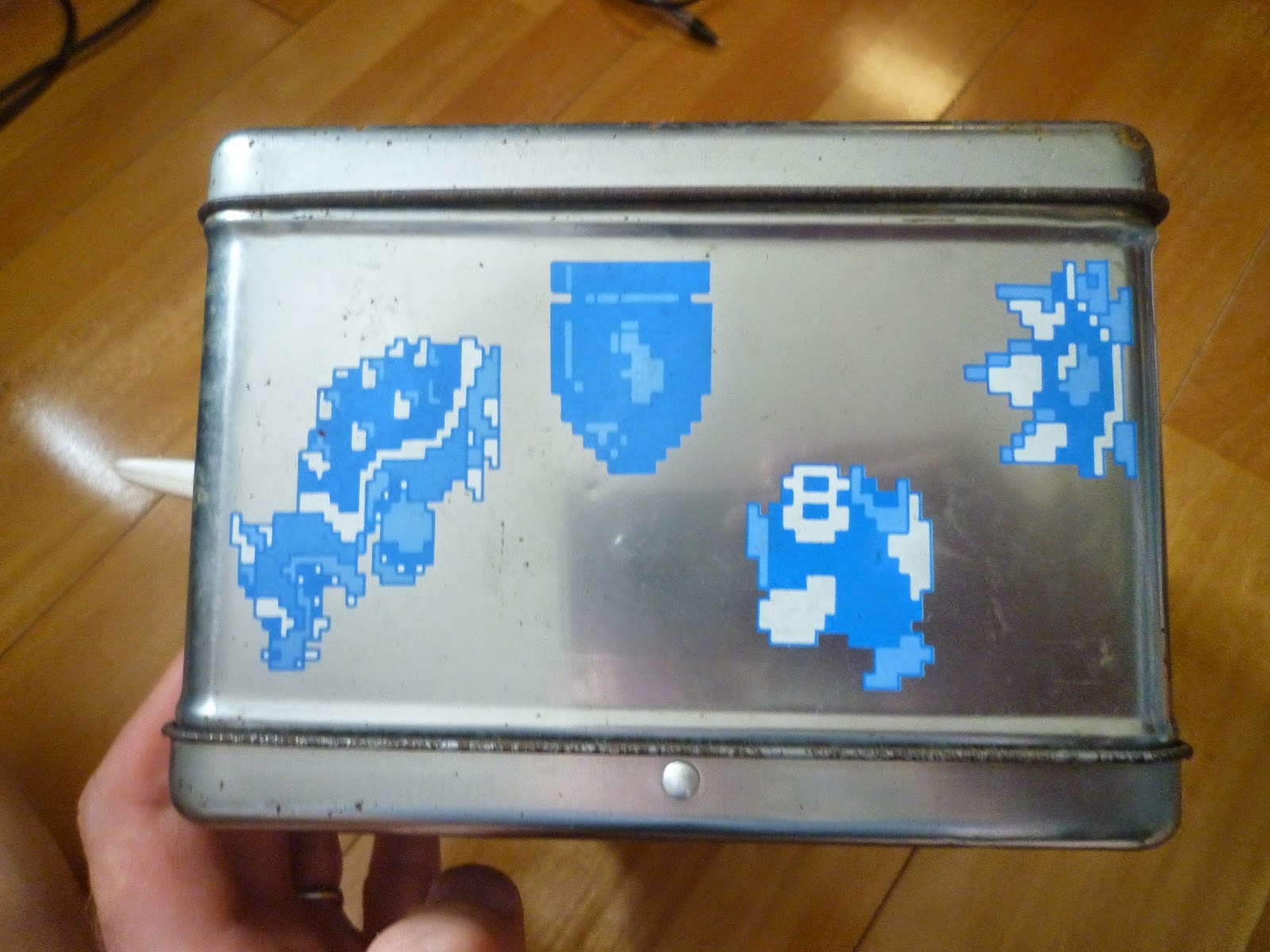 This must have been a pretty awesome thing for a kid to carry his or her lunch to school in.  It brings back fond memories of my own Empire Strikes Back lunch box that I used to lug around in the early 80s.  I`m not sure if this Famicom one came with a thermos or not.