Back in Fukuoka Again: 007 has Become a Manga Souko

I just got back from a business trip to good old Fukuoka.  I head down there every once in a while and whenever I do I try to visit some of my old retro game stores.  In October I was able to pay Mandarake a visit and this time I was able to visit one of the old stores that I used to regularly visit: 007.

Actually, I can`t really call it 007 anymore because the place was taken over by the chain Manga Souko and now goes by that name.  There is another Manga Souko in Dazaifu which I used to visit and had a great selection of Famicom games the last time I visited a couple of years ago so I was kind of interested in whether they would have changed anything.

In fact though it was basically the identical store just with a new name.  Which was kind of nice in a way.  007 is a special landmark in my Famicom life since it was there that I bought my very first Famicom cart ever, a copy of Clu Clu Land.

That said, sadly I found that while racks of Famicom games were still there, they now have way fewer games than they did when I visited the store for the first time about 5 years ago.  This was basically it: 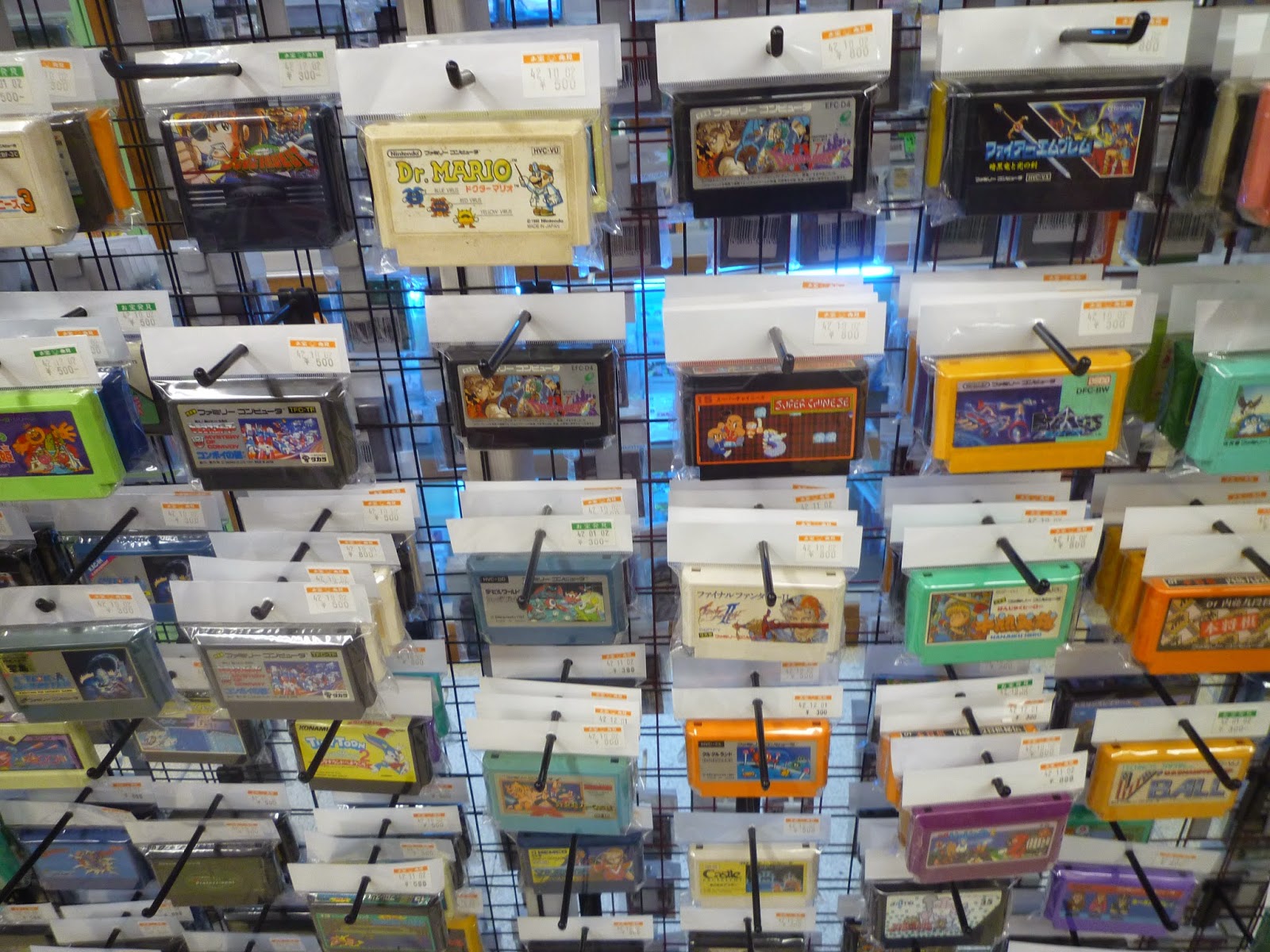 That might look OK, but this is how many they used to have (and the below picture only shows about half of what they had): 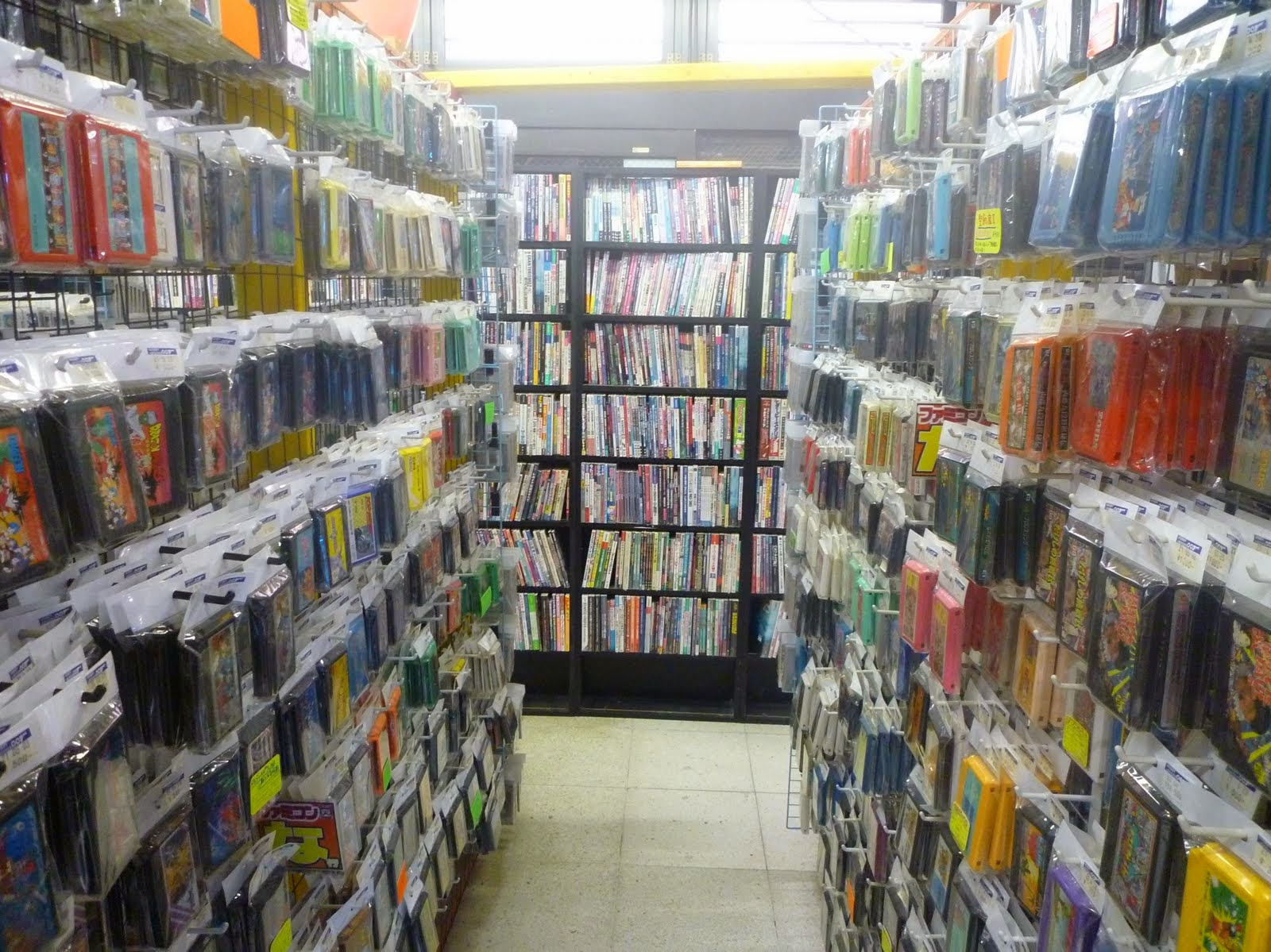 They still had a glass case for the good games, though they put some really odd games in there.  Why on earth they think Super Chinese 3 is a rarity that needs to be protected behind glass is a myster to me.  Mind you, 007 used to do the same so this isn`t really a new thing: 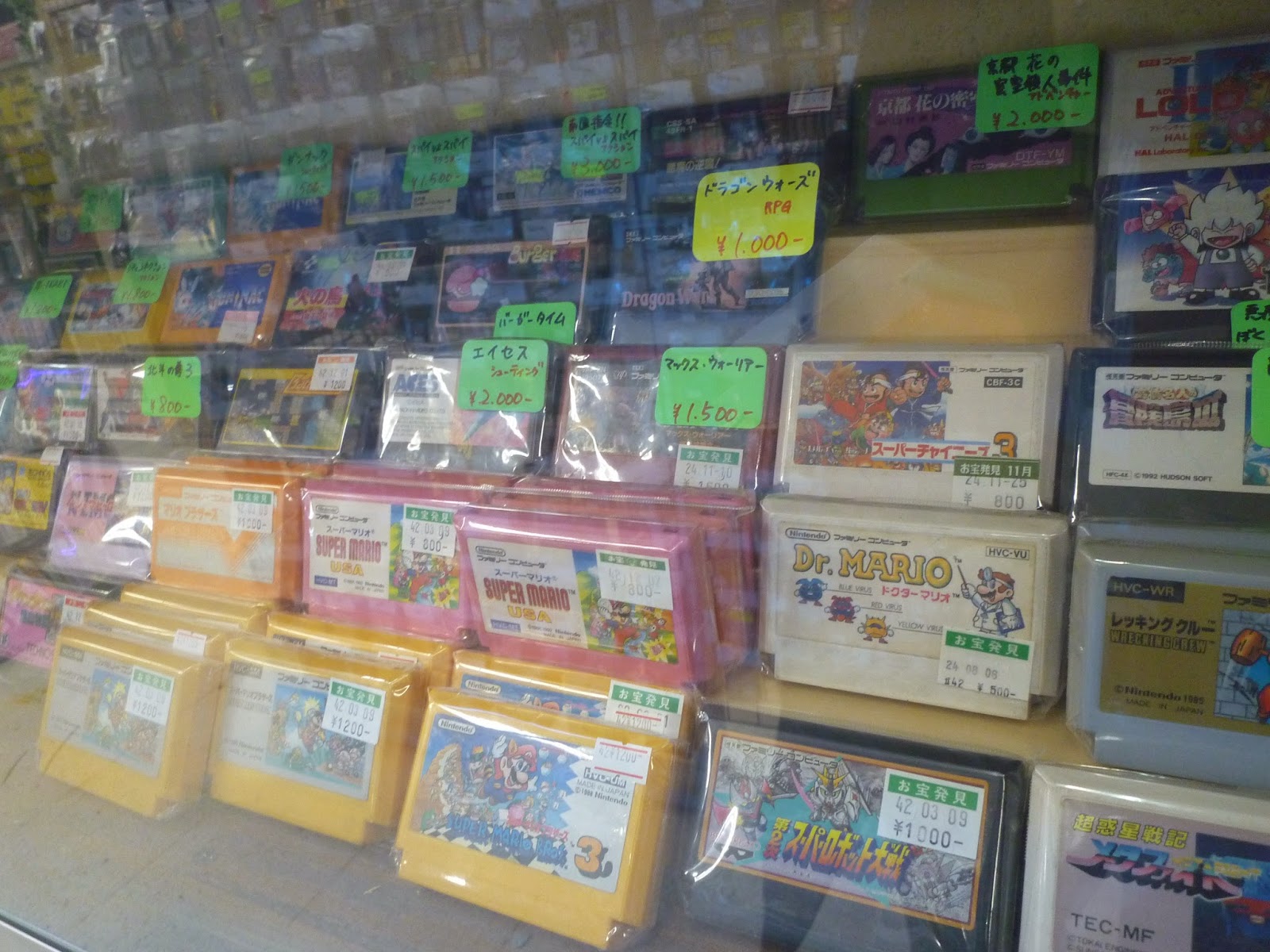 I do like the blue lighting and the little pictures of Famicom consoles, which were both there back when it was 007. 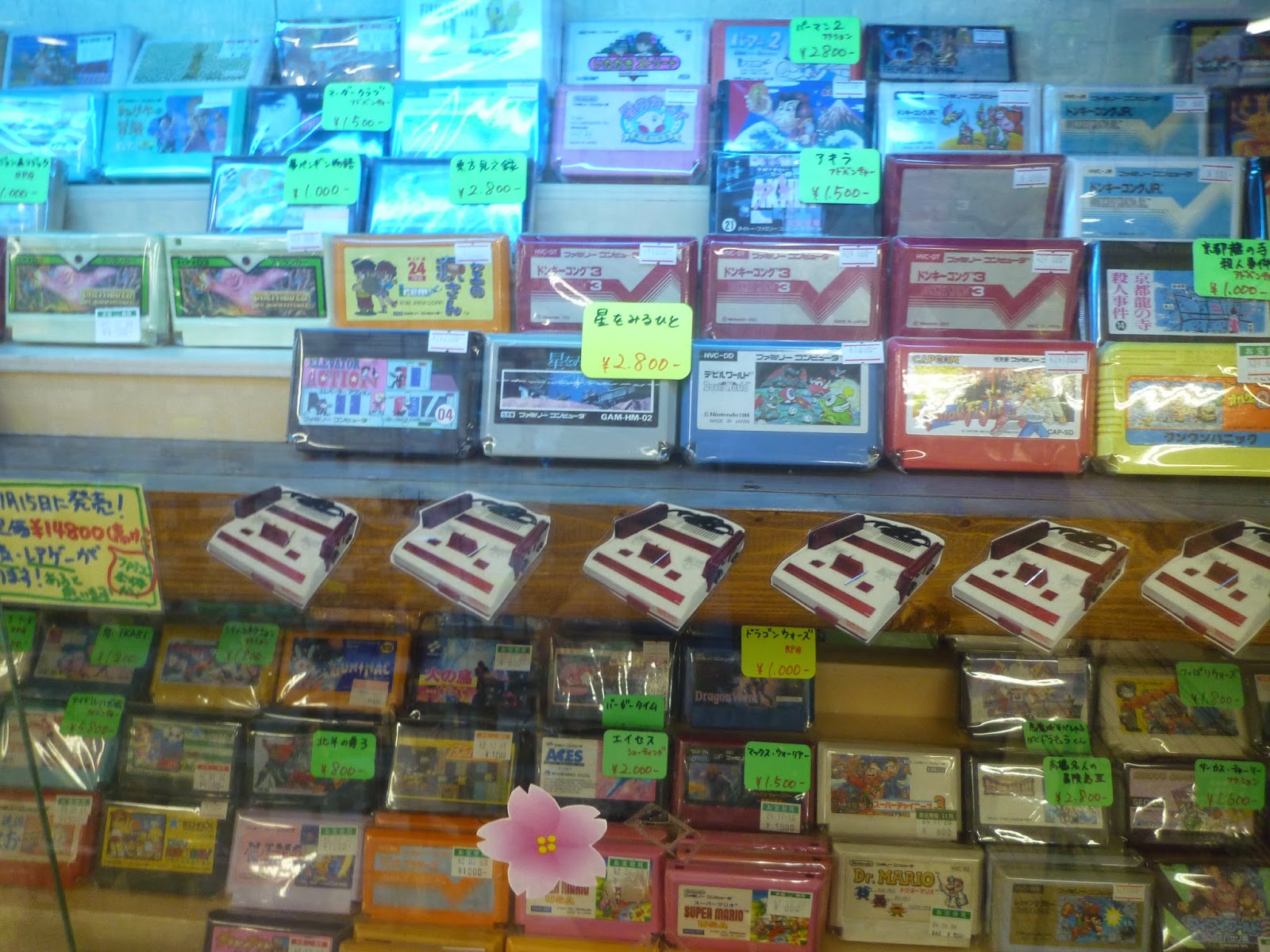 One odd thing they had was a TV with Rockman 3 hooked up.  I could hear the awesome BGM playing and it drew me to it.  I wanted to give it a play (playing video games in stores for some reason is way funner than playing them at home) but for some reason they had two PS1 controllers uselessly hanging down in front of it and no Famicom or Famiclone ones. 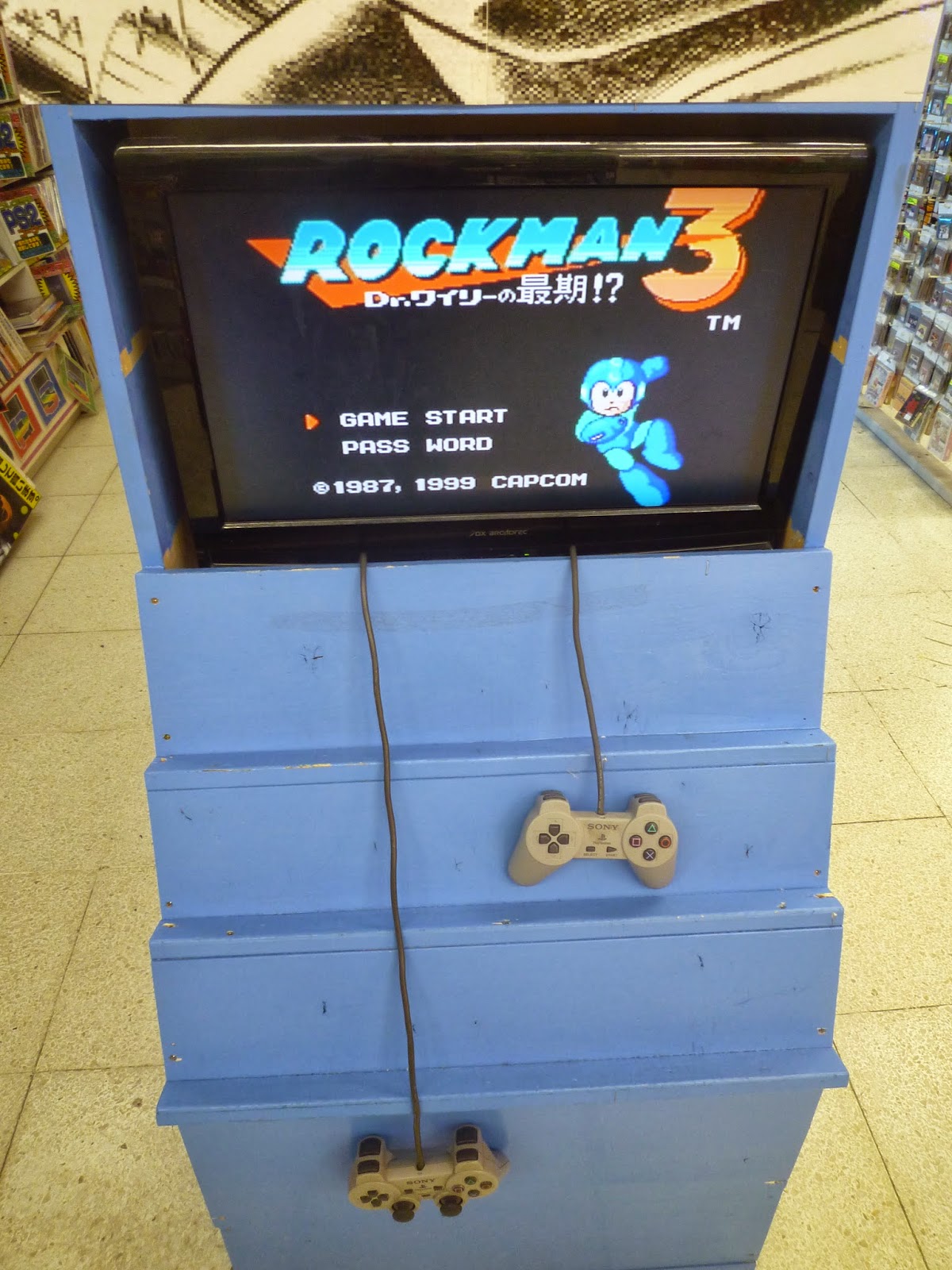 So it was kind of a bittersweet return to 007 for me. I`m glad that even though it is under new management the store basically looks the same, but a little sad that the Famicom selection is nowhere near what it used to be (and they didn`t have any Famicom consoles or controllers either this time).