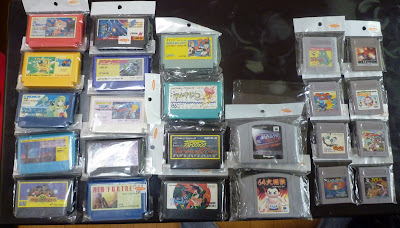 All in all I got a little over 8,000 yen worth of games (according to their sticker prices) for 800 yen including tax. Not a bad deal. Its a lot better this way than buying them in lots too because I could actually pick out the games as opposed to taking a big lot which is half made up of doubles.
Posted by Sean at 3:44 PM