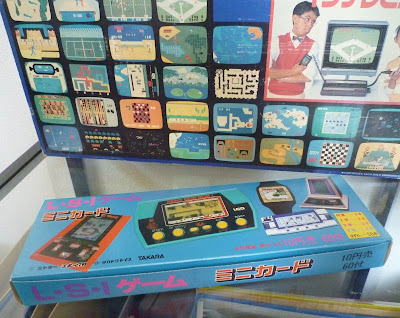 Barely a week into June and this is already my second post this month, I seem to be getting back into blogging!

I picked up something totally awesome on Yahoo Auctions the other day and I wanted to do a little post about it because when I did some searching on Google I discovered that there is nothing out there on the internet about them (in Japanese or English).

It is a full box of Amada LSI Game Mini Cards, produced in 1980 and still completely sealed with all the cards still in their original packs.  Each of the cards features a hand-held game made by either Tomy, Epock, Takatoku Toys or Takara, whose names are on the front of the box: 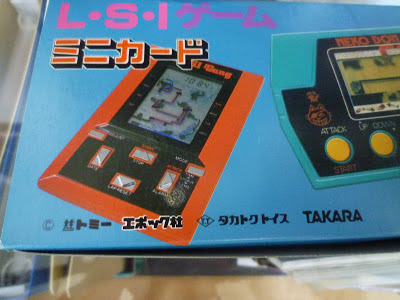 Being released in 1980 they would have just missed the Game and Watch generation, but these ones are pretty cool.  I have some Tomy handhelds from the early 80s, including my beloved Puck Man,  and they are really cool. Inside the box the awesomeness begins with a bunch of cellophane-wrapped beauties: 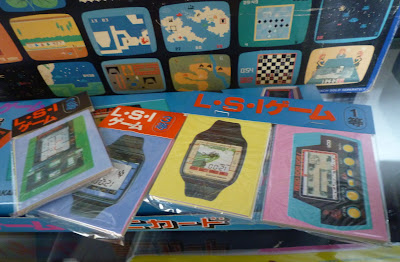 In addition to the cellophane wrapped ones, which came in packs of 2 or 4, are the single packs with one each: 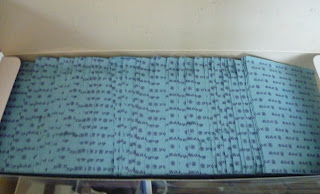 Each box contained a total of 60, which originally retailed for 10 yen each: 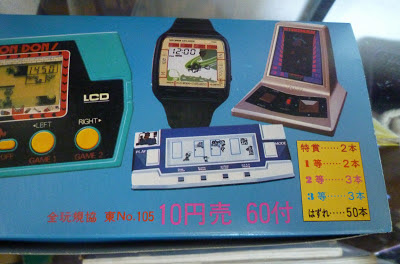 The company that made these, Amada, is kind of an important (and massively underappreciated) one in the history of Famicom stuff as pretty much all of the Famicom ephemera produced in the 1980s was put out by them.  My favorite among these (at least in my collection) would be the Famicom Mini Cards that they released in 1986 which came in an identically sized box as my new LSI game cards.  They display nicely together on my little shelf: 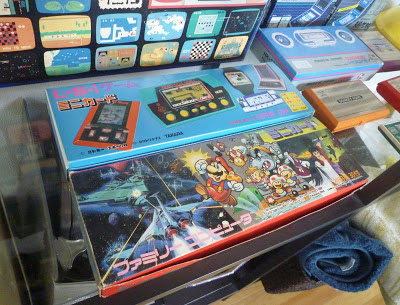 In fact, I was actually searching for some of those Amada Famicom cards on Yahoo Auctions when I came across these ones, which I hadn`t known existed before.  Amada also put out the awesome Famicom Erasers and a cool but extremely hard to find set of Famicom stickers which I hope to do a post about in the near future.

Sadly I don`t have any information on how big the set of cards was or which games (other than the ones I can see on mine) were featured. I am guessing that these were not a big seller back in the day.  It is common to find little piles of loose Amada Famicom cards on Yahoo Auctions and there is a bit of a collector base for those here.  These LSI game ones I have never seen before though and I couldn`t find any others, loose or in their boxes, on Yahoo Auctions.  The one I got was probably dead stock from some store that couldn`t sell them. 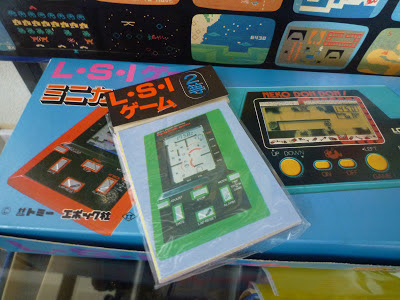 Anyway, this type of thing I find just as interesting as collecting games themselves.  They look really cool, especially these ones still in the original packing (the cards by themselves are a bit dull in design). 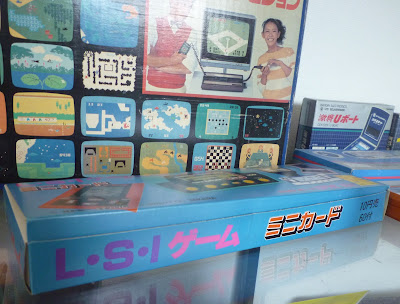 Yet another random find.
Posted by Sean at 8:54 PM