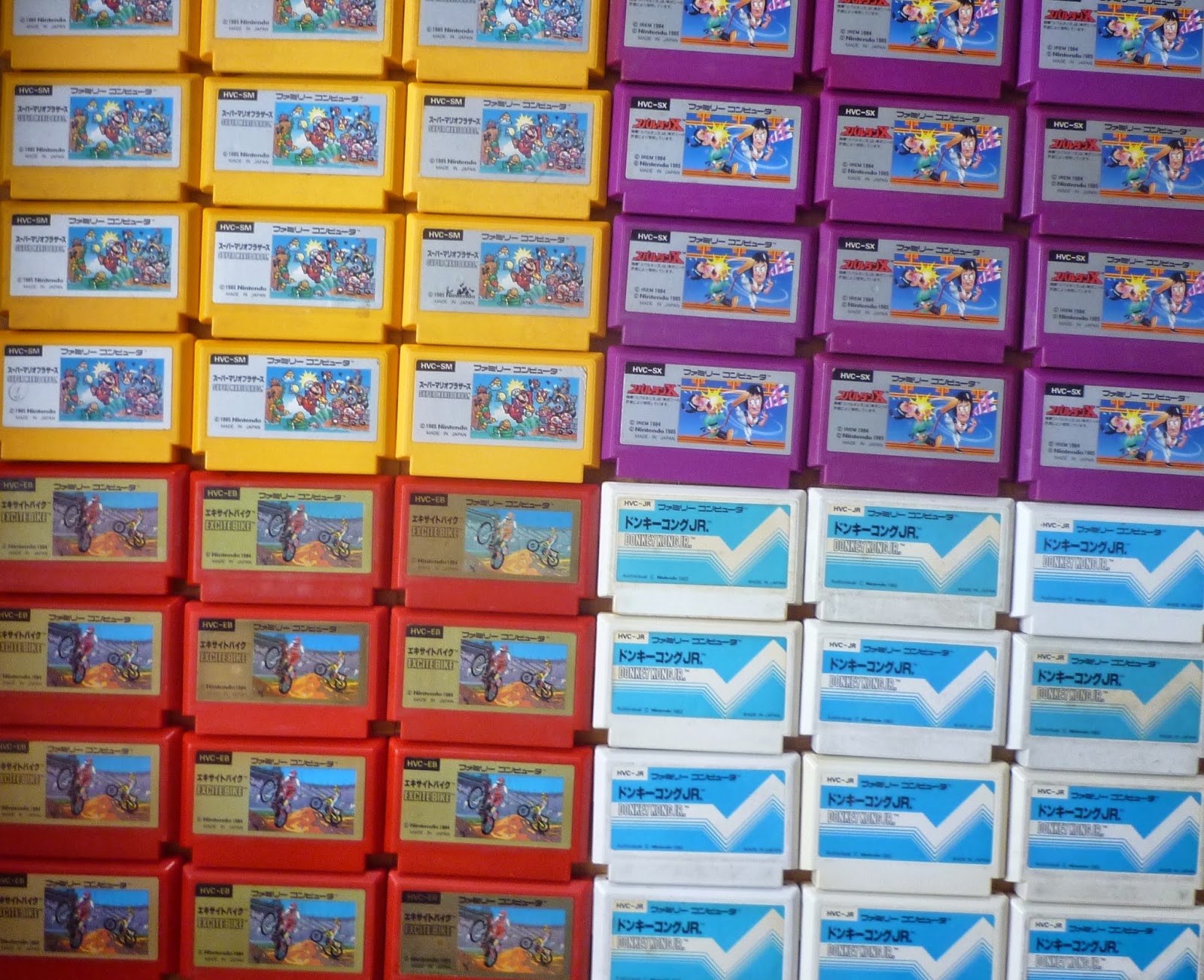 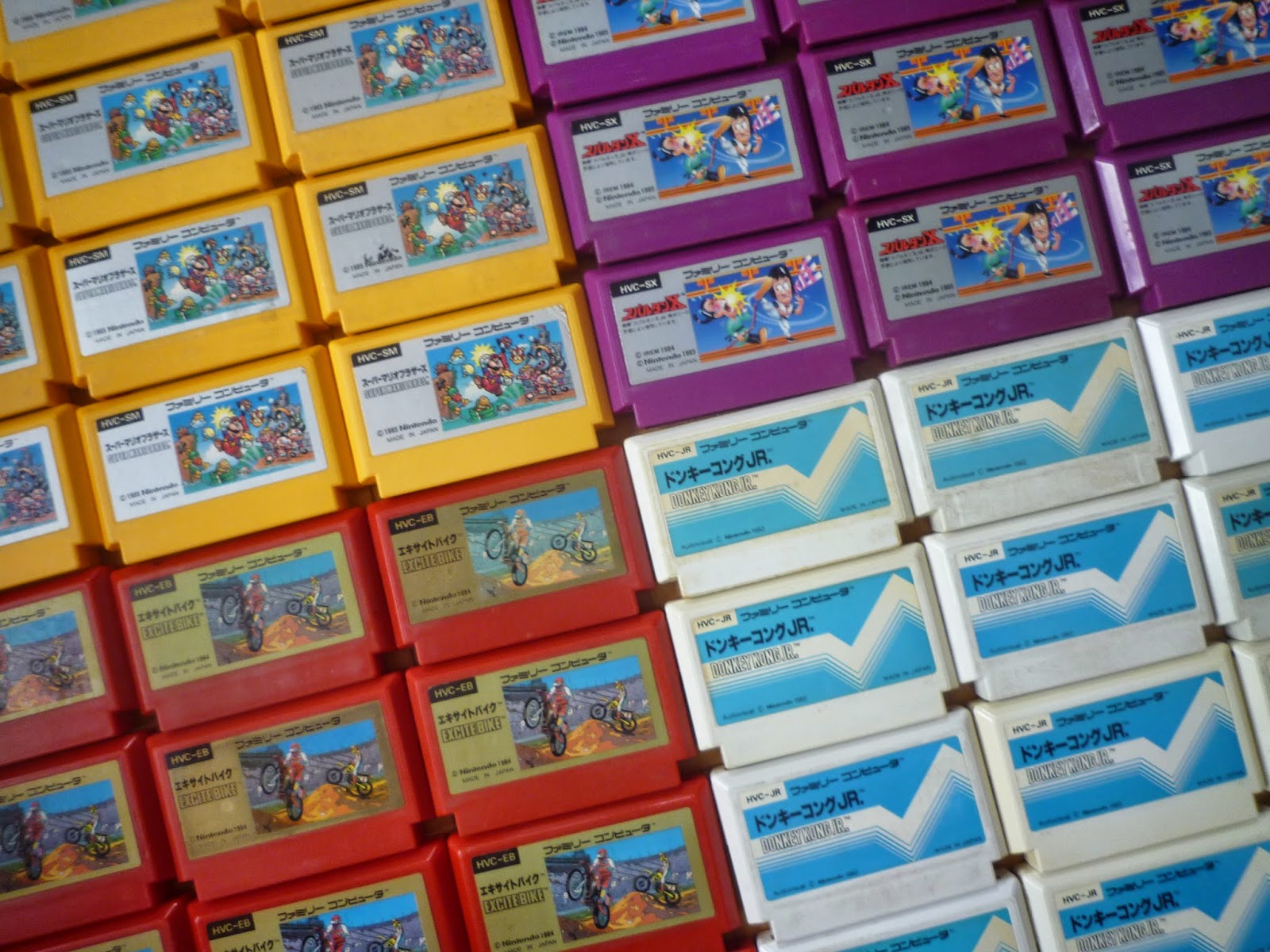 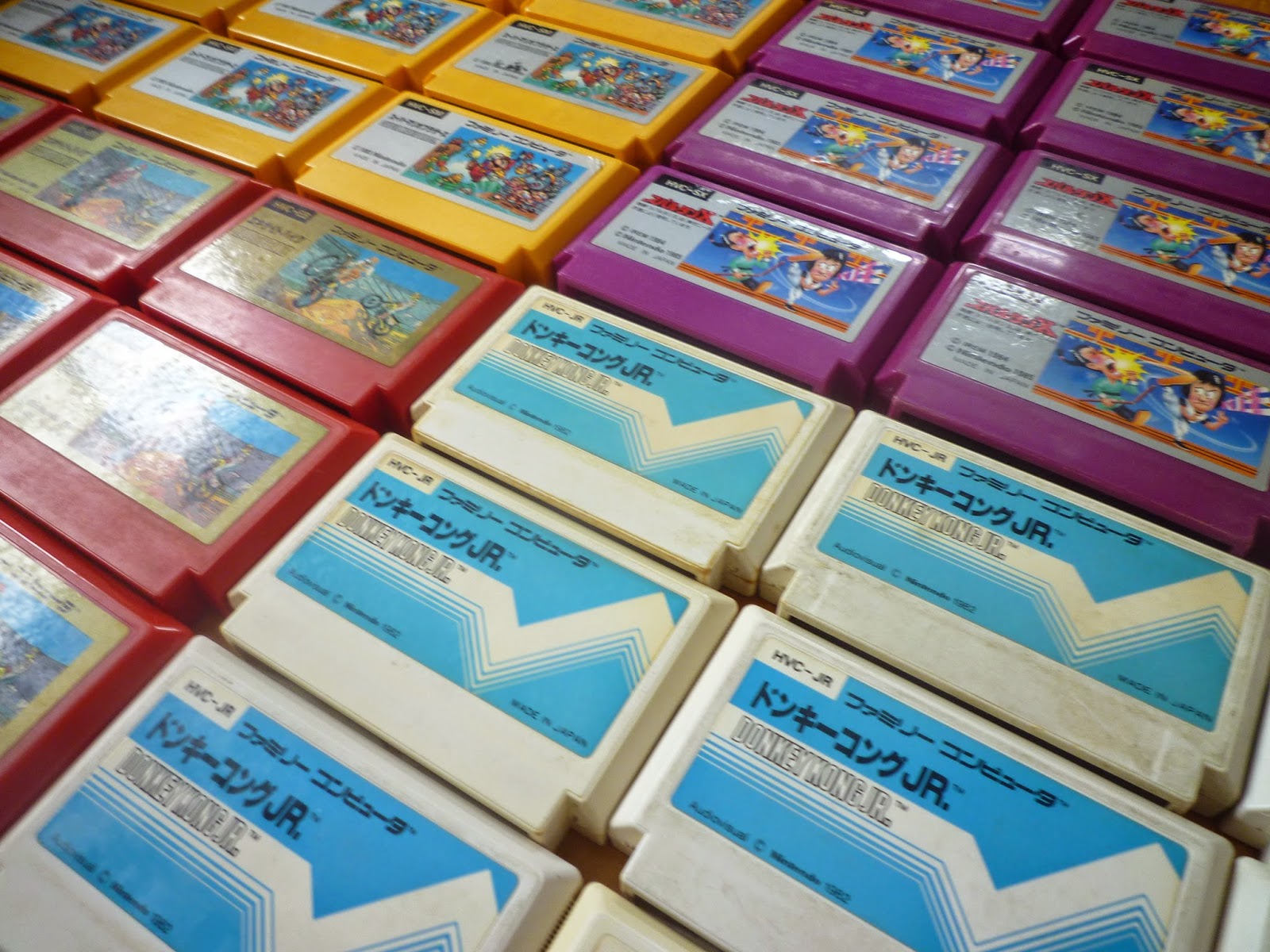 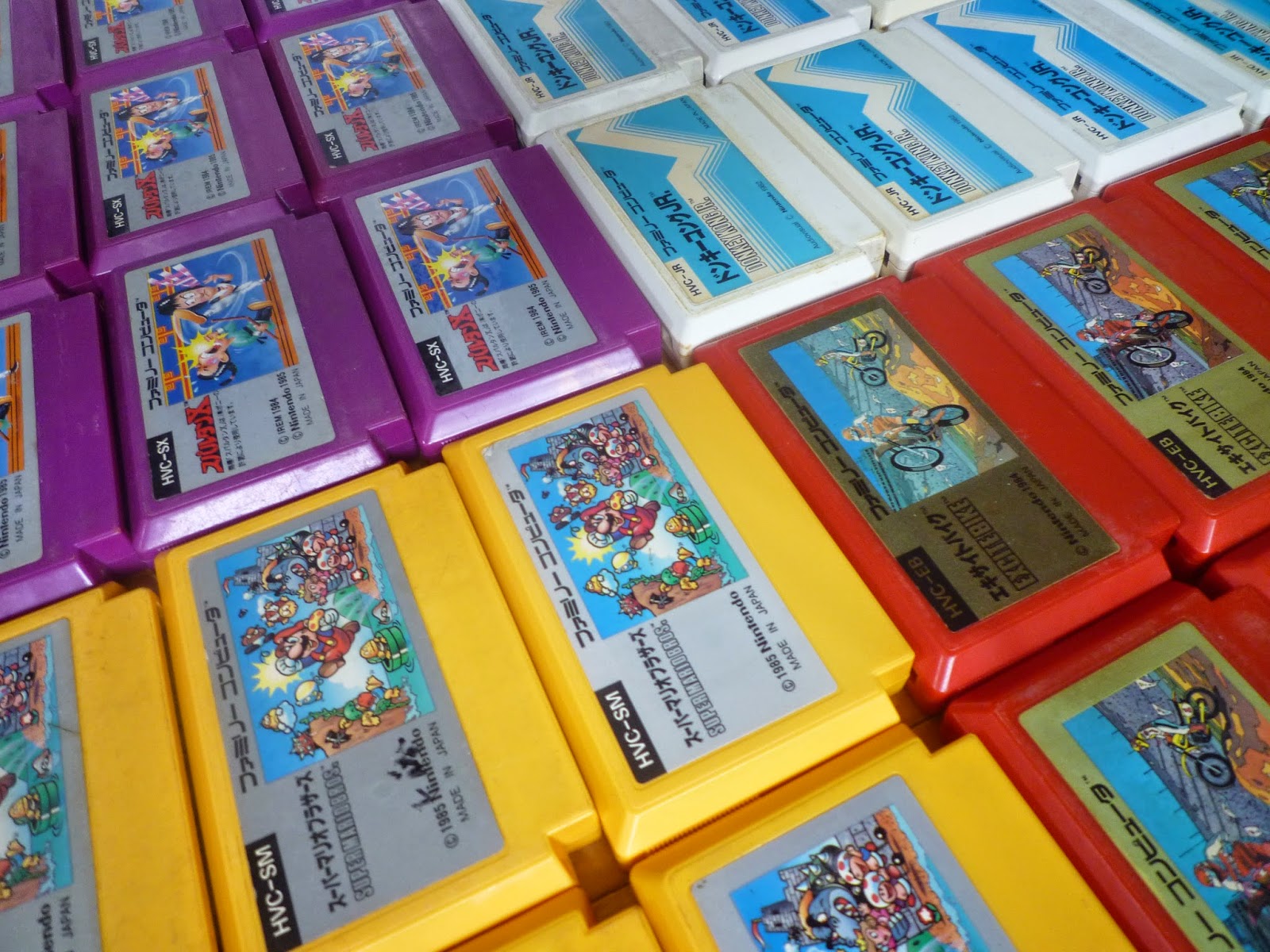 They would also work pretty good as wallpaper if you had some way of attaching them to the wall wtihout damaging them.  Probably there is some way of doing this.  A wall covered with Famicom carts in 3 by 4 squares would look  pretty awesome.  If I ever open up a Famicom cafe, that is how I am going to decorate it.
Posted by Sean at 4:13 PM