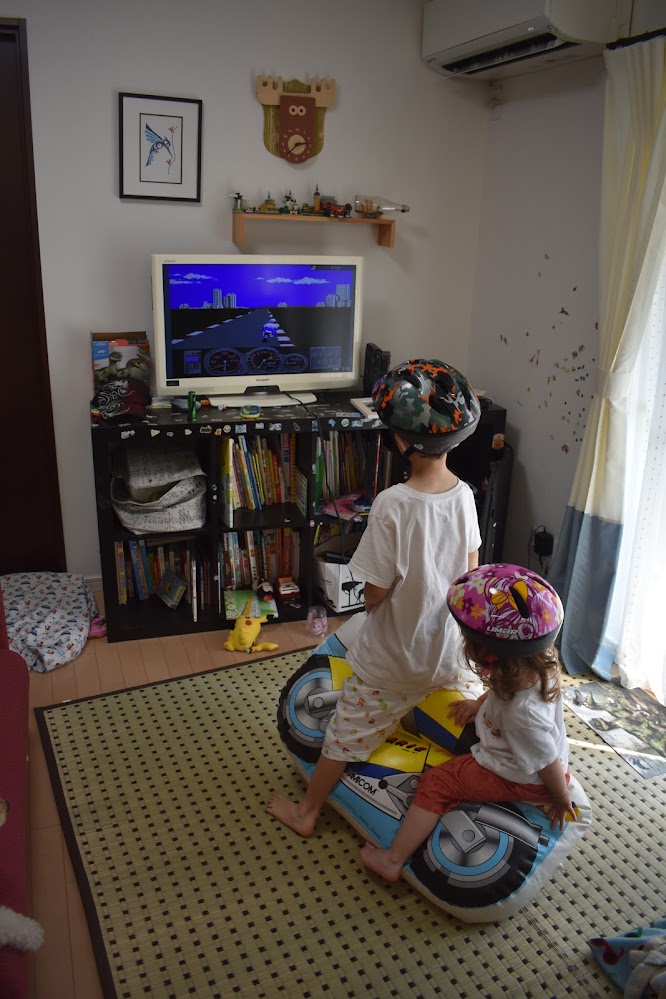 I recently decided to do something I'd been waiting six years to do: break out my Top Rider inflatable motorcycle controller!

Back in 2014 I remember buying a big lot of miscellaneous Famicom stuff off of Yahoo Auctions and discovering this in it.  I had never seen one before so I blew it up and gave it a go, as documented on this post here.  If you read that post you'll notice my main take away was "Nice accessory but way too small for a grown man with bad knees".  This is an actual photo I took of myself on it that day which accurately reflects how awkward it is for a grown up: 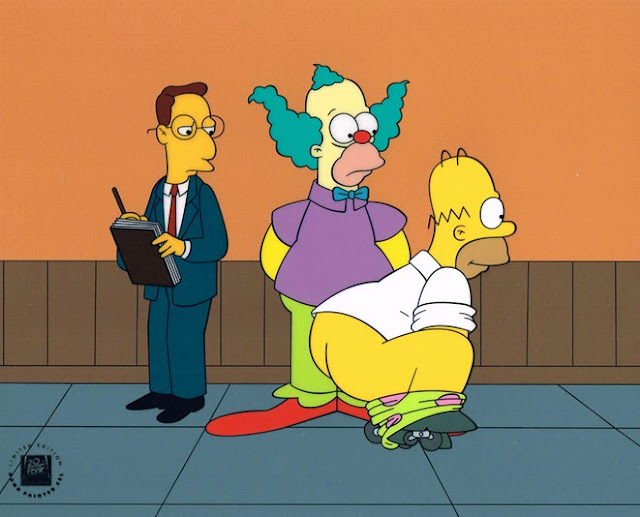 I planned on selling it but my wife was pregnant at the time and we had just found out the baby was going to be a boy. She said to me "Why don't you keep it?  Maybe our son will like it!"

This convinced me.  I didn't mention it in the post, but looking back at the comments on it I said something a bit prophetic:

" I think this would be great for little kids. Actually we are going to be adding a little boy to our family in a couple of months and the main reason I think I`ll hang onto this is to see if he wants to play it in about 5 years!"

So instead of throwing it on my sales thread over at Famicom World I decided to keep it.  I put it in a box where it had remained for over six years since I made that post.

And in keeping with the summer of 2020 being the summer of Famciom at my house I decided now was the time to see if little kids still like this thing.

Introducing this toy to kids is a bit of an art, but its not hard.  We were sitting in the living room watching Paw Patrol and I looked at my son and daughter and had the following conversation:

(increased tone of voice) "Do you want to go for a motorcycle ride?"

I remember blowing it up with my own lungs back in 2014 and that nearly killing me, but now our house is equipped with an electric air pump (for our kiddie pool) so that made things a lot easier.

While I did that, the kids got their bike helmets, which I thought was a nice touch of added realism.

The game, I must say, works much better with little kids on it than middle aged men.  First my son took the wheel and my daughter got on the back seat, then they later reversed.  He is pretty good at it, the controls are simple and he got the hang of it right away (except for the high/low gear thing).  It still functions quite well as a controller.  My daughter is a bit young and more or less oblivious to the game play, but she really loves taking the handles and jumping up and down on it.  She needs someone to hold it for her because her legs aren't long enough to reach the ground yet (kind of the reverse of the problem I had with it).  So usually when she rides, I set it on the floor in front of my chair and wedge the back between my legs so it doesn't fall over, then let her go to town with it (usually not even bothering to plug it in or anything).

I'm kind of amazed at the quality of this thing actually. Its more than 30 years old and yet despite having survived all of that (it was already well worn when I got it), it has stood up well to the absolute brutal beating that my kids have dished out on it over the past few days - mainly consisting of the aforementioned being jumped up and down on.  They built this sucker to last!

I'm kind of sad that one big change that has happened since 2014 is that the price of these things have gone through the roof.  I don't think I paid much for mine (its used and didn't come with the box or manual), but I was in Super Potato the other day and saw one with a price tag in the $500 or so range (can't remember the exact amount).  At that price, nobody in their right mind would buy one for their kids to destroy, which makes me wonder if my kids might be giving the Top Rider its last hurrah.