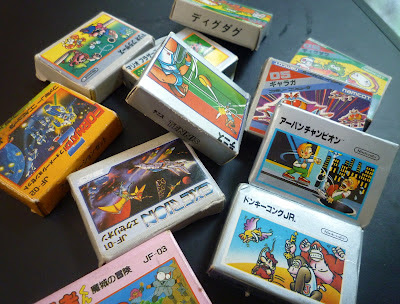 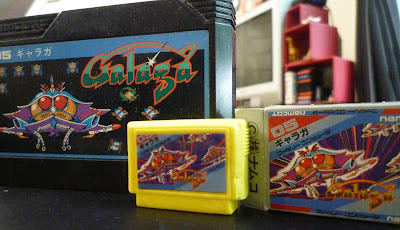 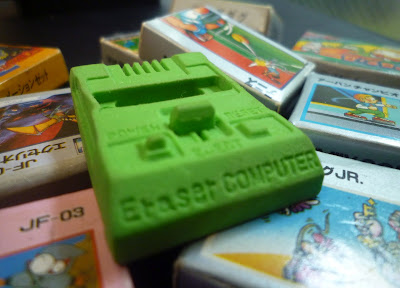 A Famicom cart that fits on your fingertip 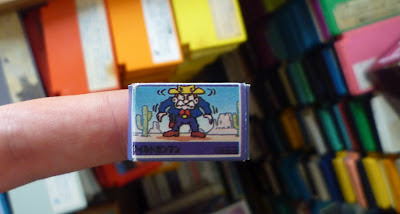 Behold, the smallest copy of Wild Gunman you are likely to ever find. About one-tenth the size of the regular cart: 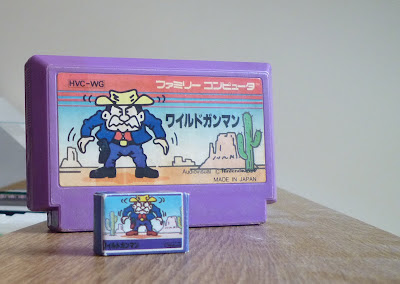 I just picked up a set of Famicom erasers and this was by far the smallest one in the lot. Back in the 80s collecting erasers was pretty big with kids here in Japan. Actually I remember it was big in Canada too, in the 3rd grade way back in 1984 I had a few cherished erasers shaped like various things that I kept in my desk at school.

Here you could get them out of those Gachopon vending machines. Wild Gunma here is so small that the eraser is basically just a generic rectangle that looks nothing like a Wild Gunman cart: 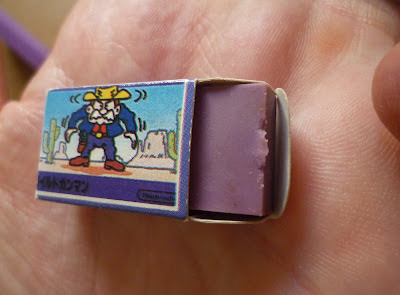 The larger ones though look pretty cool and the erasers themselves are miniature versions of the cart, like Dig Dug here (next to a regular Famicom cart for scale): 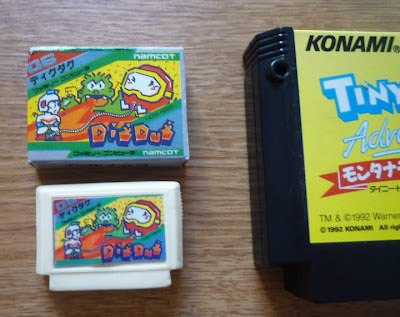 I got about a dozen or so of these in the lot, they are all games released early in the Famicom`s life so I think these probably came out in 1985 or 86 at the latest. A very neat little thing that I will never ever in a million years be using to actually erase anything.
Posted by Sean at 4:44 PM 15 comments: Links to this post 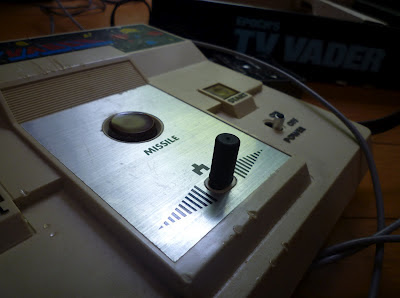 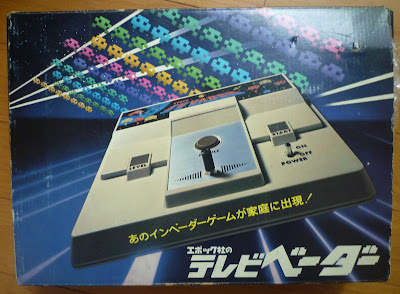 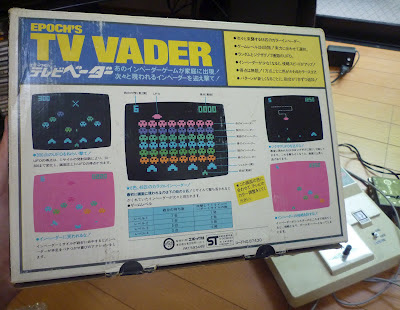 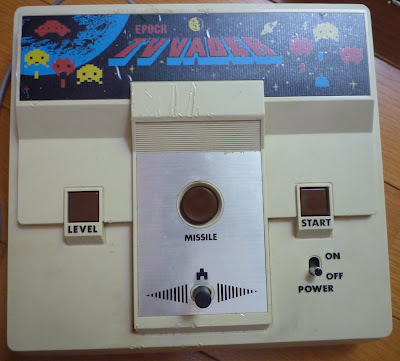 `TV Vader` is also an amazing name for a console.
Posted by Sean at 3:43 PM 5 comments: Links to this post 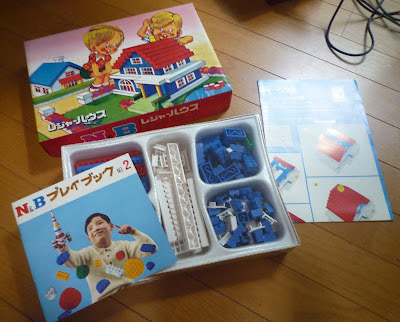 My interest in pre-Famicom vintage Nintendo stuff began a couple of years ago when I found a boxed Electro Safari SP light gun target set from 1970 on a shelf at the now-defunct Omocha Souko.

It was further piqued when Erik V started his absolutely amazing Before Mario blog in which he introduced to the English speaking web his amazing collection of pre-Famicom Nintendo stuff. That blog is cool not just because it allows him to showcase his personal collection, but also because it is pretty much the only comprehensive resource on this rather interesting subject out there. Even in Japanese there isn`t anything comparable.

So over the past couple of years I`ve been slowly picking up little pieces here and there wherever I can find them. Unfortunately most of the stuff is hard to find and expensive when you do.

So I was pretty excited last week when I stumbled upon the above item on Yahoo Auctions: a complete Nintendo N&B Leisure House Block Set! 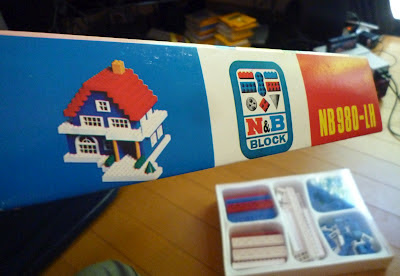 Back in the 60s Nintendo released its N & B block series, which were very similar to Lego sets. The Leisure House (what a name) was released in 1968 as the instruction manual shows: 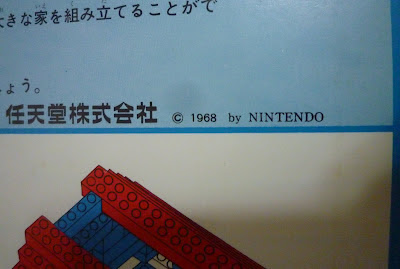 It came with a pretty cool full color booklet that included various instructions for making stuff other than the leisure house with the bricks: 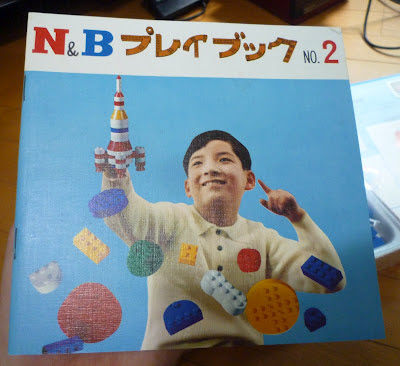 This one I got is not only complete, its still sealed: 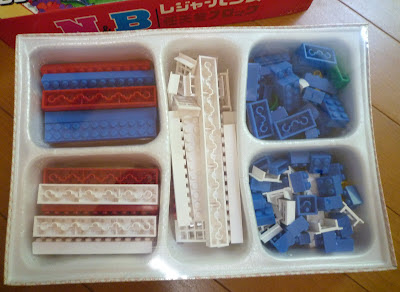 44 years and still nobody has put this house together. Normally I think nothing of opening sealed stuff but when it is something this old and hard to find....I`m not sure what I will do about that little layer of plastic.

I absolutely love this thing. I was a big Lego fan when I was a kid and even though this is a few years before my time it still reminds me of some of the sets I had as a kid in the early 80s.

These old Nintendo Block sets are pretty hard to find. I have never seen one `in the wild`, even at Mandarake which has a huge selection of vintage toys. Since I bought this one there are now a grand total of zero of them on Yahoo Japan Auctions. Interestingly there is a seller on Ebay who specializes in old Nintendo stuff and is offering the same set here for $399. I did get into a small bidding war on mine and I did pay quite a bit for it, but not that much. I really have no idea how much these things are actually worth, they don`t seem to come up often enough to get a good feel for what they usually go for.

Anyway, I now have yet another `holy grail` for my collection that, unfortunately, I have no adequate way of displaying properly. Someday we are getting ourselves a bigger place if for no other reason than to store all this stuff:)
Posted by Sean at 1:22 PM 19 comments: Links to this post