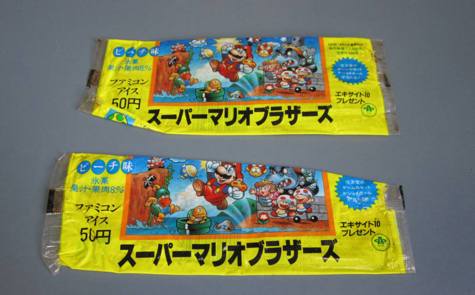 There was a very interesting thing that sold the other day on Yahoo Auctions: Super Mario Brothers Ice Cream Bar Wrappers.  Without the ice cream.

According to the listing these were originally sold in 1986 and were produced by Yuki Jirushi, a famous Japanese maker of dairy products.  There are two of them, which originally had peach flavored ice cream bars in them. Actually I'm not sure if they were ice cream or maybe more like a popsicle, the product is called "Famicom Ice" which could go either way.

They cost 50 Yen back in the day, but now two empty wrappers sell for: 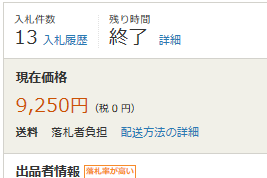 Wow, that is about 90$ US!  Kudos to whoever had the foresight in 1986 to eat two ice cream bars, look at the empty wrappers and think "Hey, these might be worth something 34 years from now, instead of throwing them in the trash, I'll hold on to them!"

I've never seen these before and its kind of interesting to know that this product existed.  I am curious if they only came in Super Mario Bros wrappers, or with other game art. 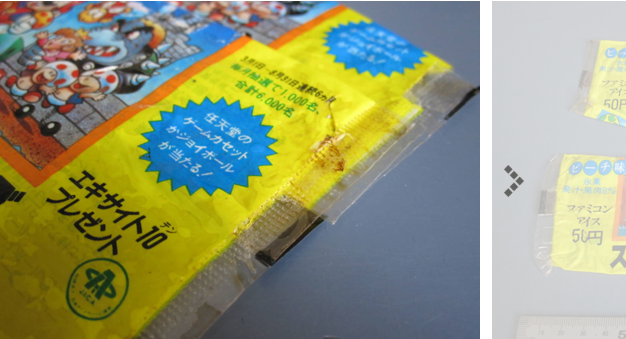 One really interesting thing is that the blue starburst in the side panel says that there is a game contest associated with these in which you could win either a Nintendo game cartridge or a Joyball controller. The text along the top says that the contest would last for 6 months, with 1,000 prize winners per month (for a maximum of 6,000 total). 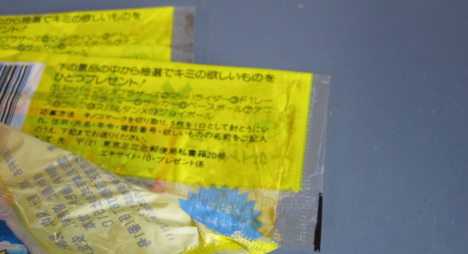 The back panel above gives you a list of the games that you could win.  These included Super Mario Bros., Mach Rider, F1 Race, Ice Climber, Baseball, Soccer, Tennis, Golf and Spartan X. 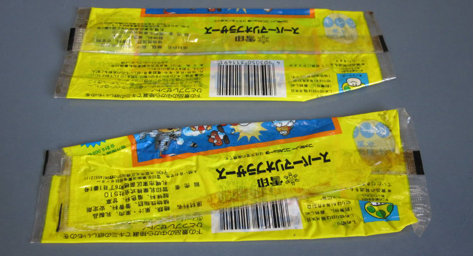 There is a little mushroom logo you can see, you had to cut that off and send it in to the company to enter the contest.

Anyway, that is kind of interesting stuff, isn't it?  When I first saw the auction with a 100 Yen start bid I threw a bid in just on a lark to see if I could win it for 100 Yen.  I was blown away when I saw how high it actually went for (needless to say I didn't win).  These might be the only copies of these still in existence though so I can see how to a hard core Famicom collector they would be seen as a must have item.

Adori 12 on Famicom World showed me a commercial of these very things.  Very cool and worth a watch!