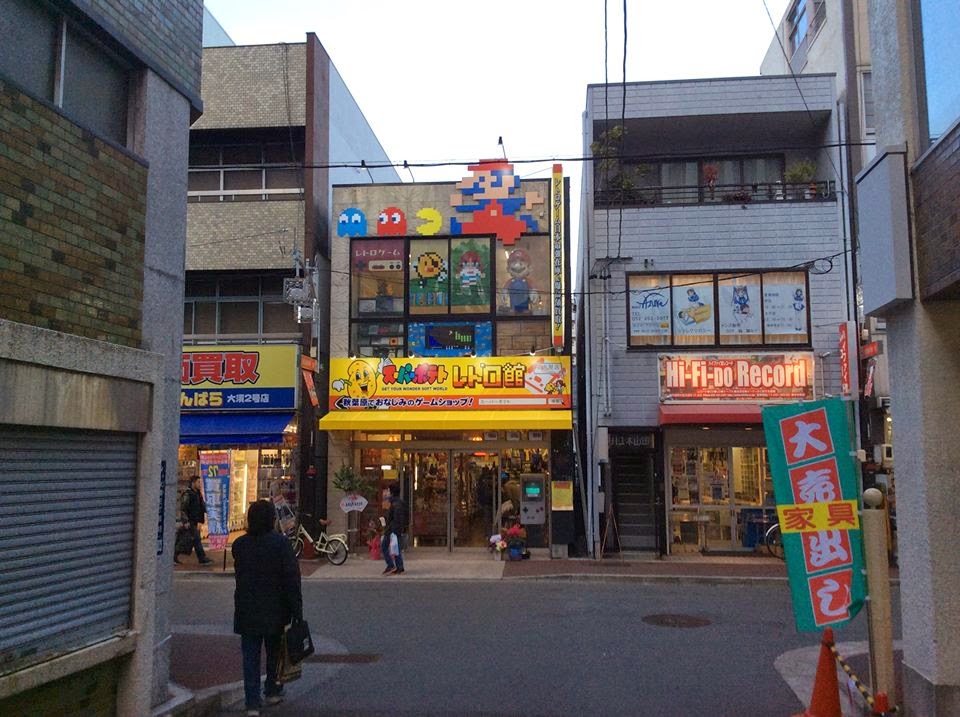 Super Potato is almost without a doubt the most famous of all Japanese retro game stores.  I`ve never visited the Akihabara one, but I have taken in the one in Osaka and it blew me away.

So I am glad to be the first person in the blog-iverse to do a write up about the newest Super Potato, which just opened its doors in Nagoya this week!

As I mentioned before, Nagoya has a toy/game/cosplay/otaku neighborhood called Osu, which is a bit like Akihabara or Osaka`s Den Den Town.  The new Super Potato is located right in the middle of that on Akamon Street, almost next door to the Mandarake, which will make it very convenient for retro game collectors visiting Nagoya to visit the two biggest shops. 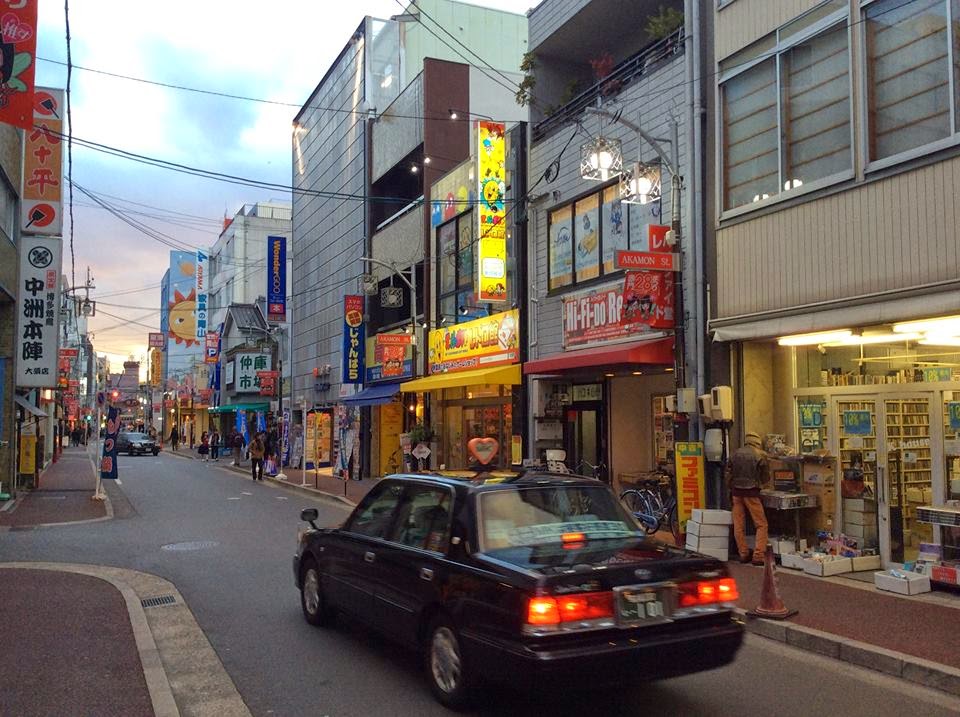 The shop is comparable in size to the Osaka Super Potato, I`ve never been to the one in Akihabara so I don`t know if it rivals that one or not.  Its pretty decent sized though, taking up two floors in a cute little building.

The first thing that is likely to attract your attention from the sidewalk is a giant Game Boy in the window which is....so cool.... 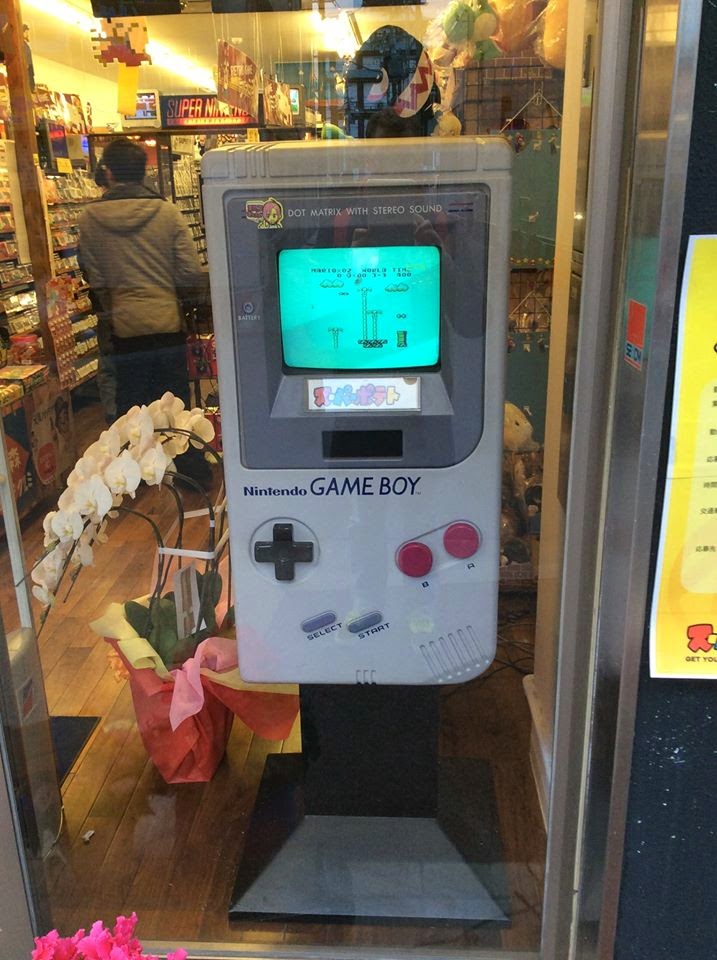 Similar to the one in Osaka, when you go through the entrance you are greeted mainly by snacks and plush toys rather than games. 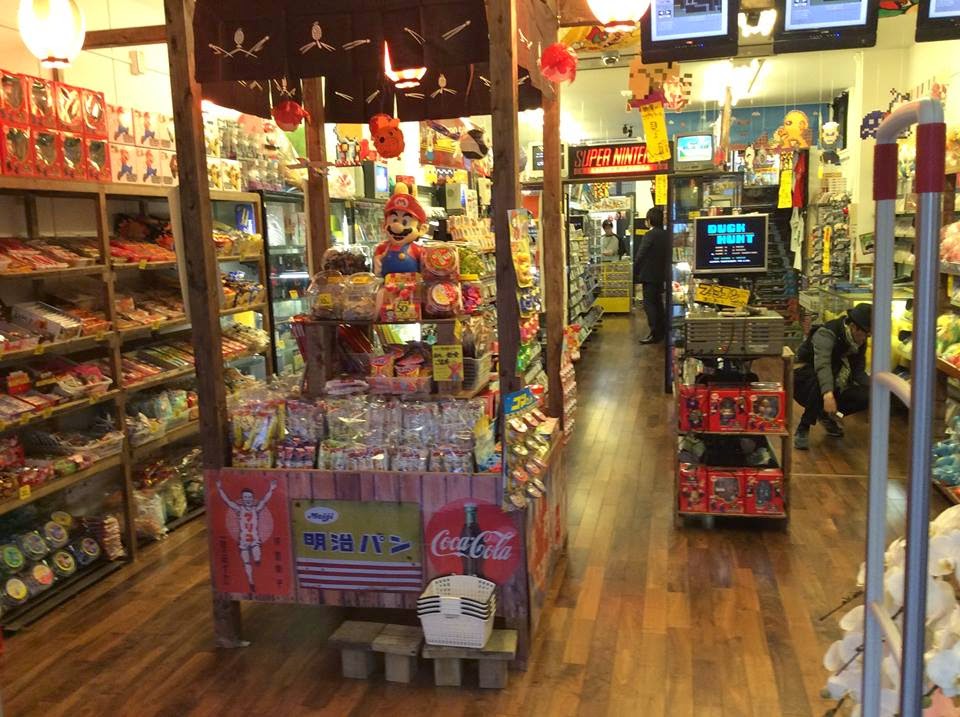 Proceed further inside though and a Famicom box is hooked up to a TV so you can give Duck Hunt a go! 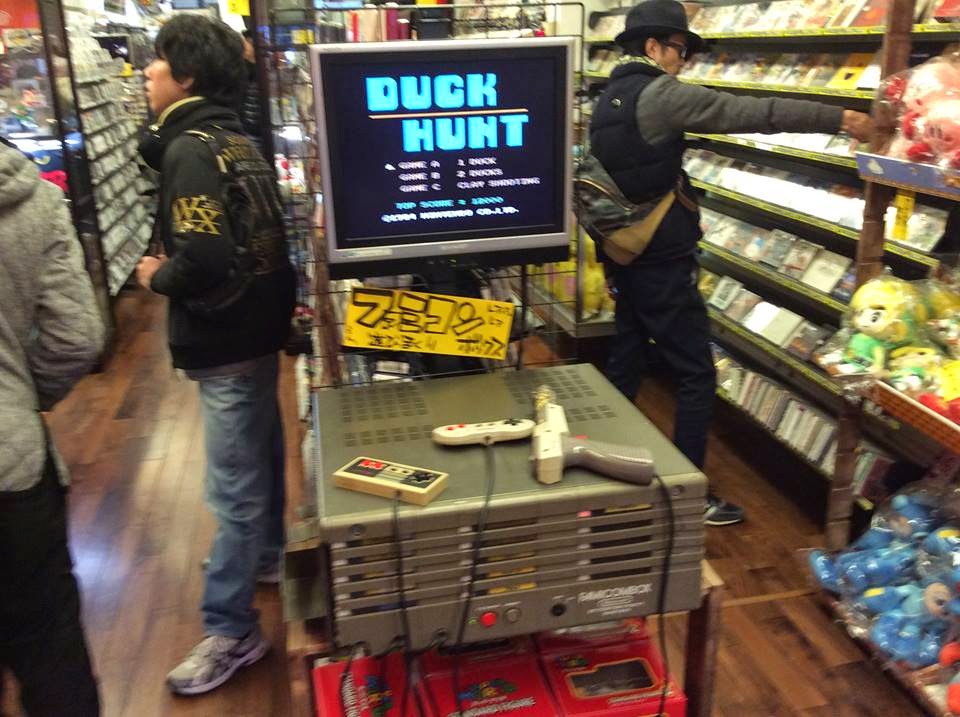 Beyond that, row and row of beautiful Famicom games 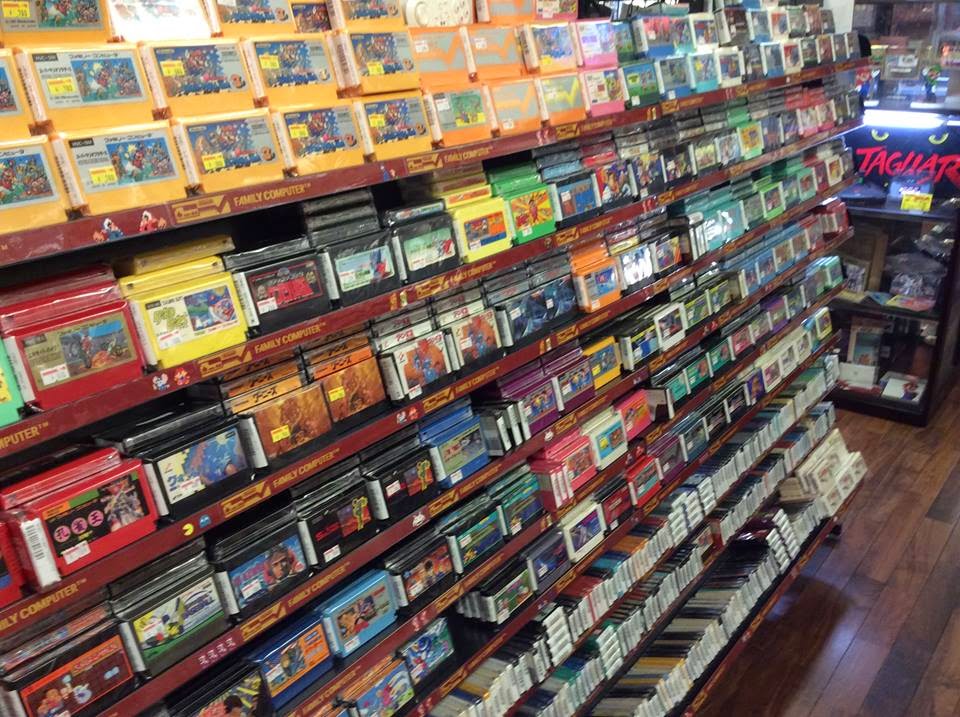 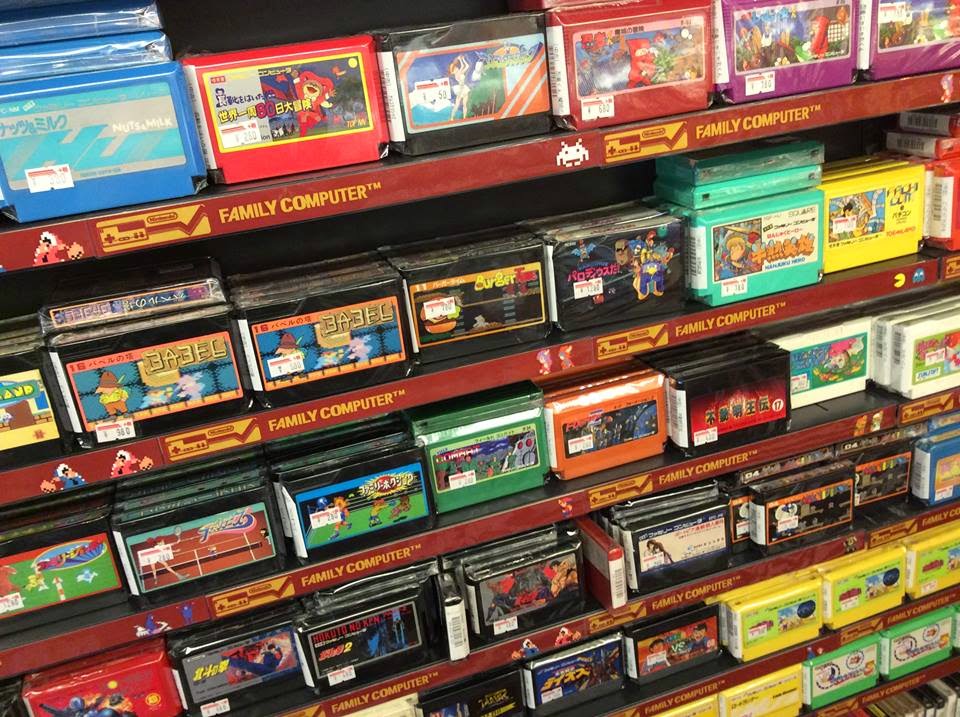 And no write-up about a Super Potato would be complete without a picture of the stacks of Famicom consoles. 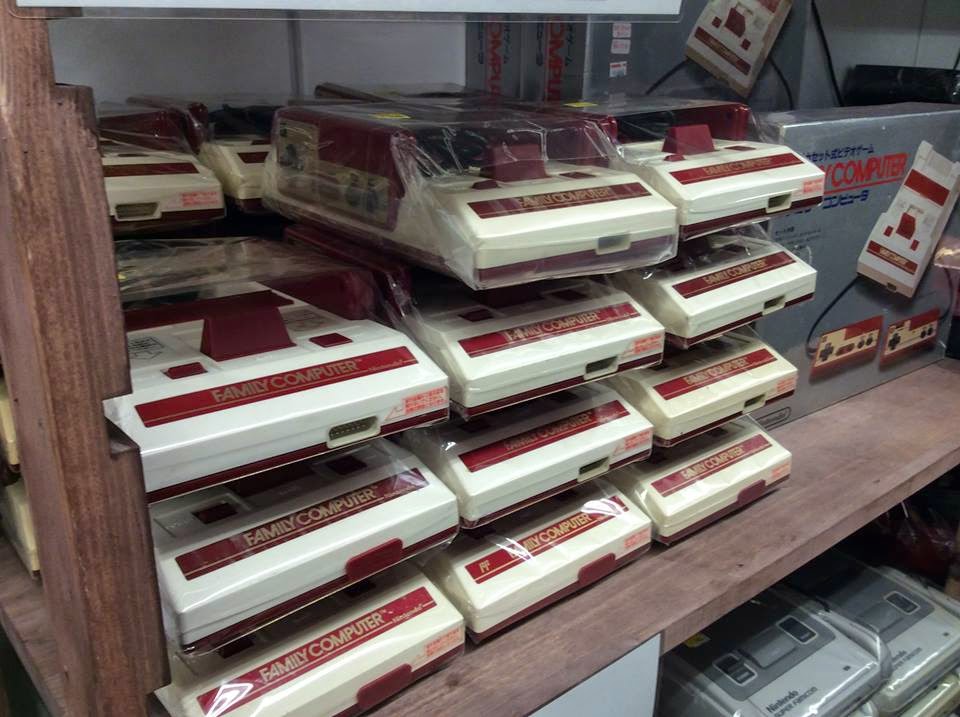 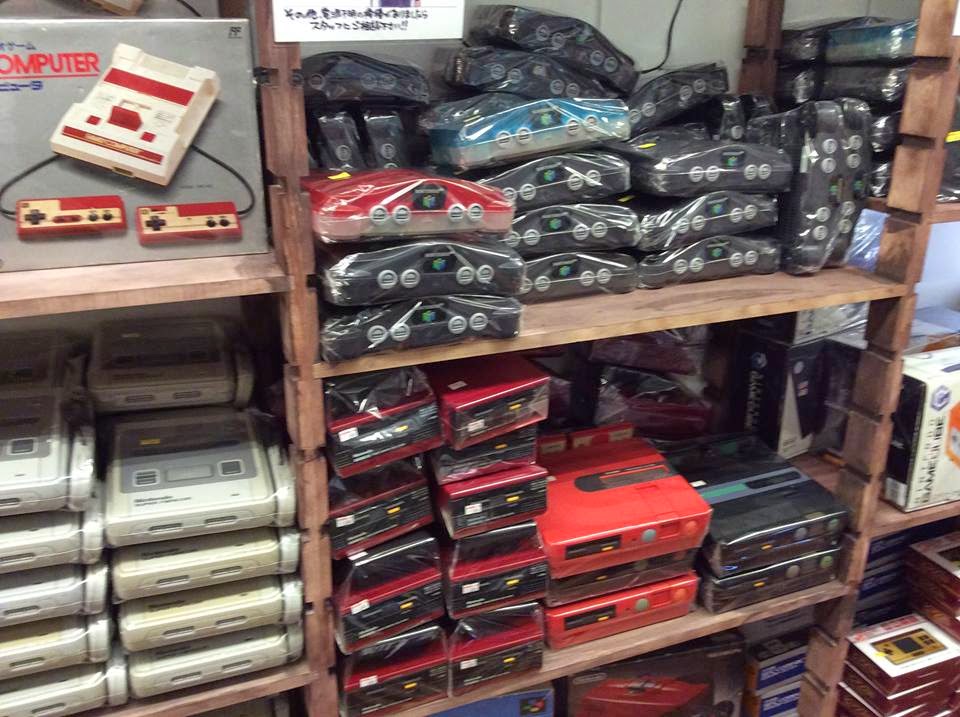 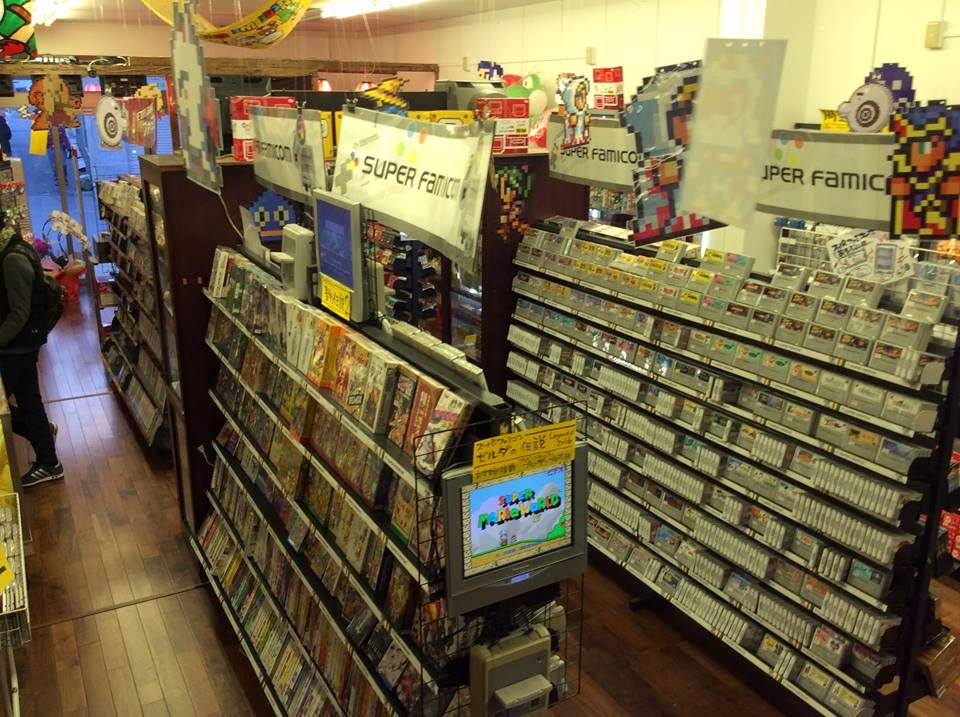 They had some pretty amazing stuff in the glass cases.  This beautiful CIB Epoch Super Cassette Vision caught my eye, I`ve wanted one of these for a while. 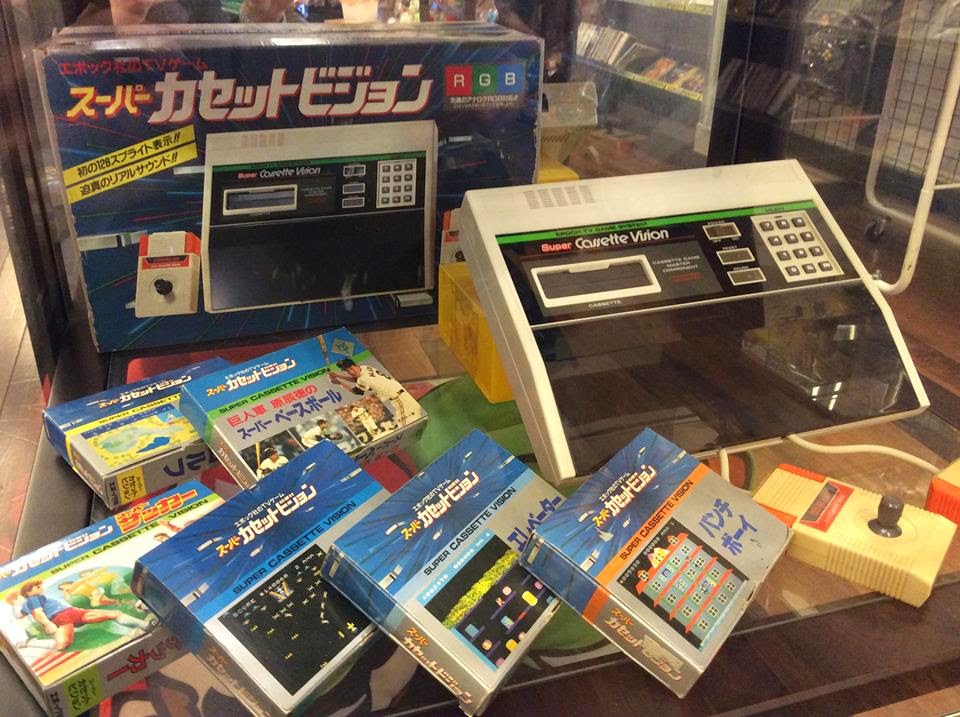 They had some cool rare Famicom games too, like this green copy of Kinnikuman, which they wanted 35,000 yen for 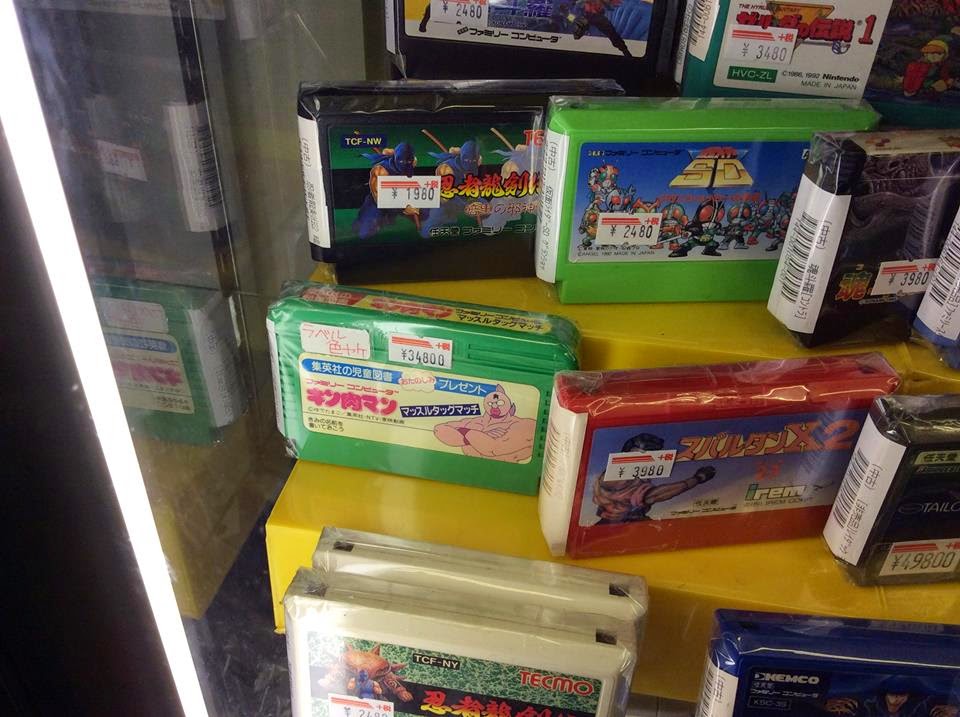 And a whole bunch of other good stuff: 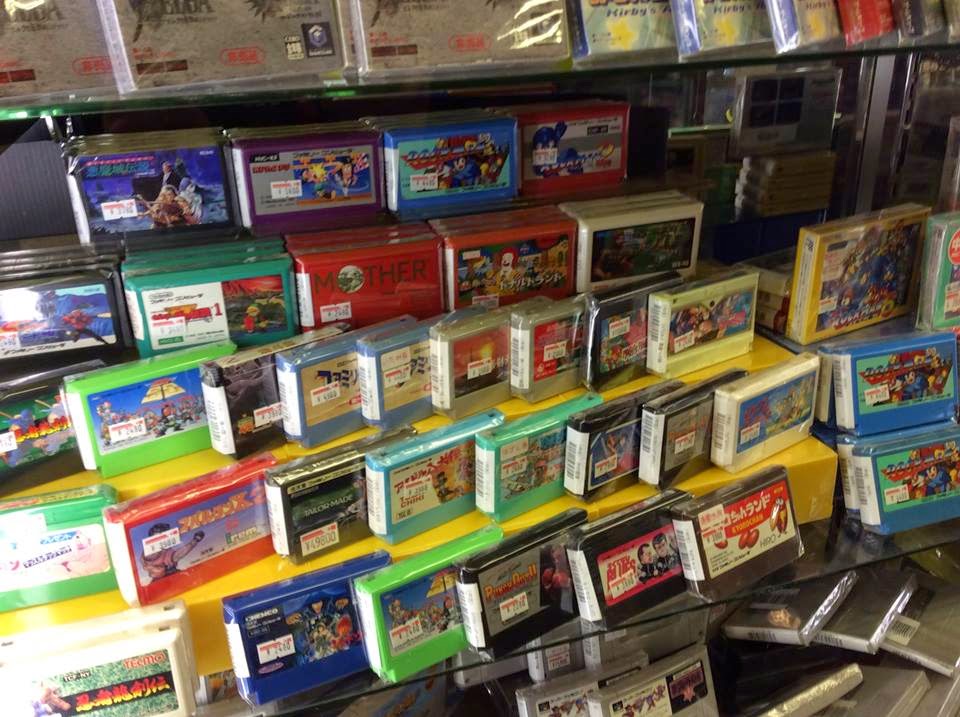 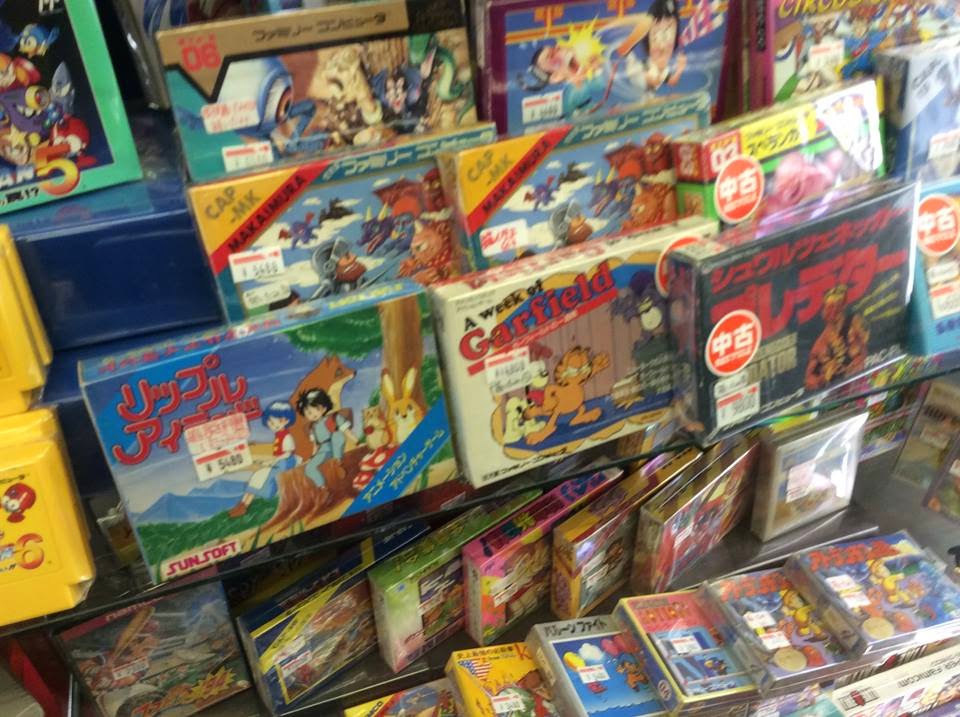 Probably the coolest thing in the place were these copies of Rockman 1-6.  Note that this isn`t just a complete set (cool enough in its own right), it is a set in which every one of them is signed by Keiji Inafune, the man who designed Rockman!!  They didn`t have a price on it, I can`t even begin to imagine what something like that would be worth. 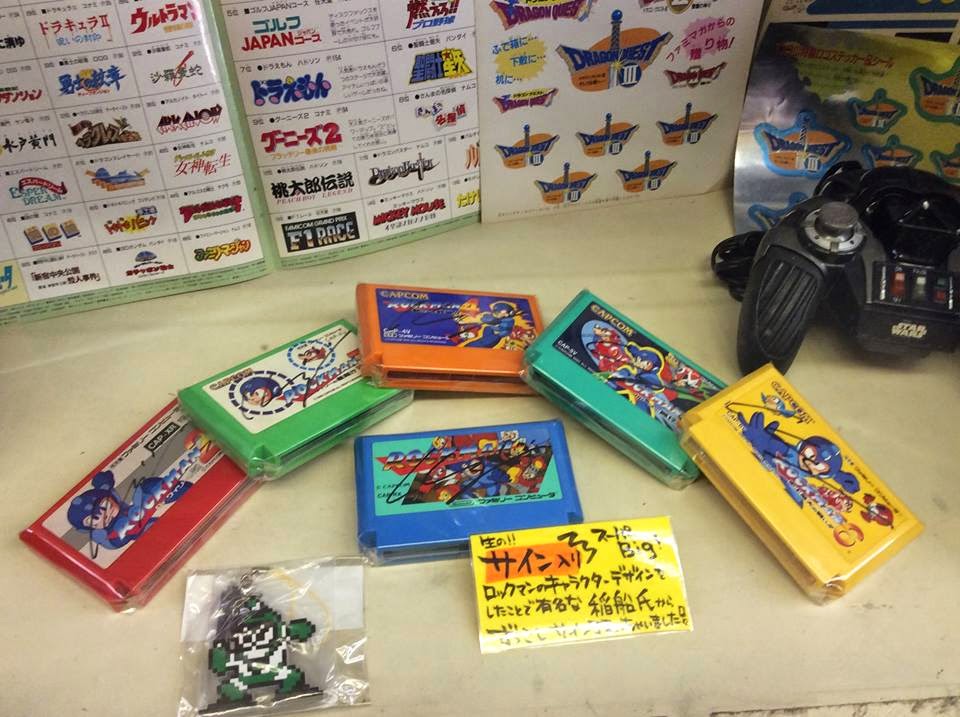 The second floor had a lot of stuff for Sega and Sony consoles.  Mostly stuff I`m not interested in except for their awesome Sega Mark III selection. 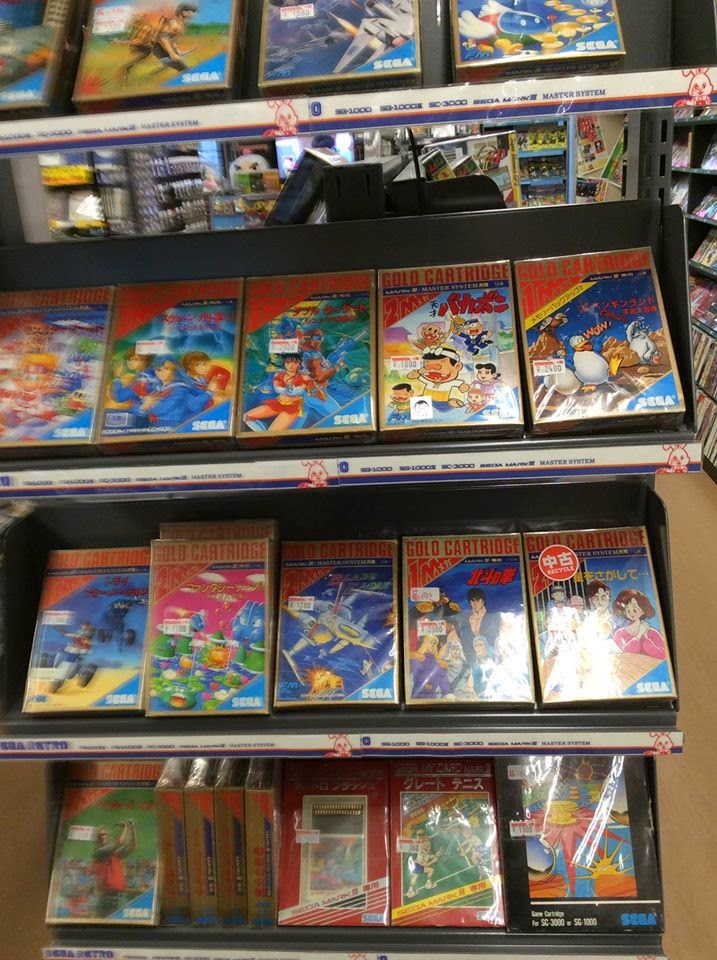 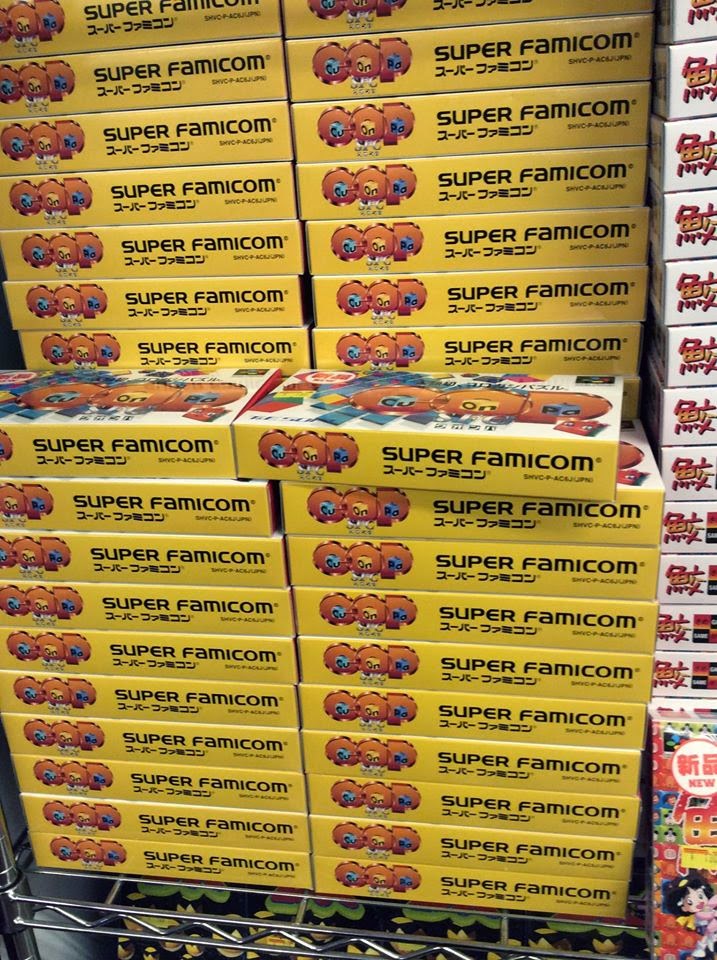 I suppose I should mention the prices at this point.  In a word: high.  Not quite Toronto high, but pretty damn high.  They had a loose Twin Famicom for 17,000 yen, which is probably even on the high end by Ebay standards.  Some of the games were reasonably priced but a lot of them were quite expensive - Mandarake which is just around the corner generally has better prices (though nowhere near the selection unfortunately).

Despite the lack of dirt cheap bargains this is definitely a must-visit.  The thing I really like about Super Potato is how well they display their games - they just look way more beautiful and enticing in there than they do anywhere else.  A visit to a Super Potato is as close a thing to a religious pilgramage that retro gaming has to offer.  It is a place that inspires. And now there is one more place to do it!
Posted by Sean at 8:29 PM