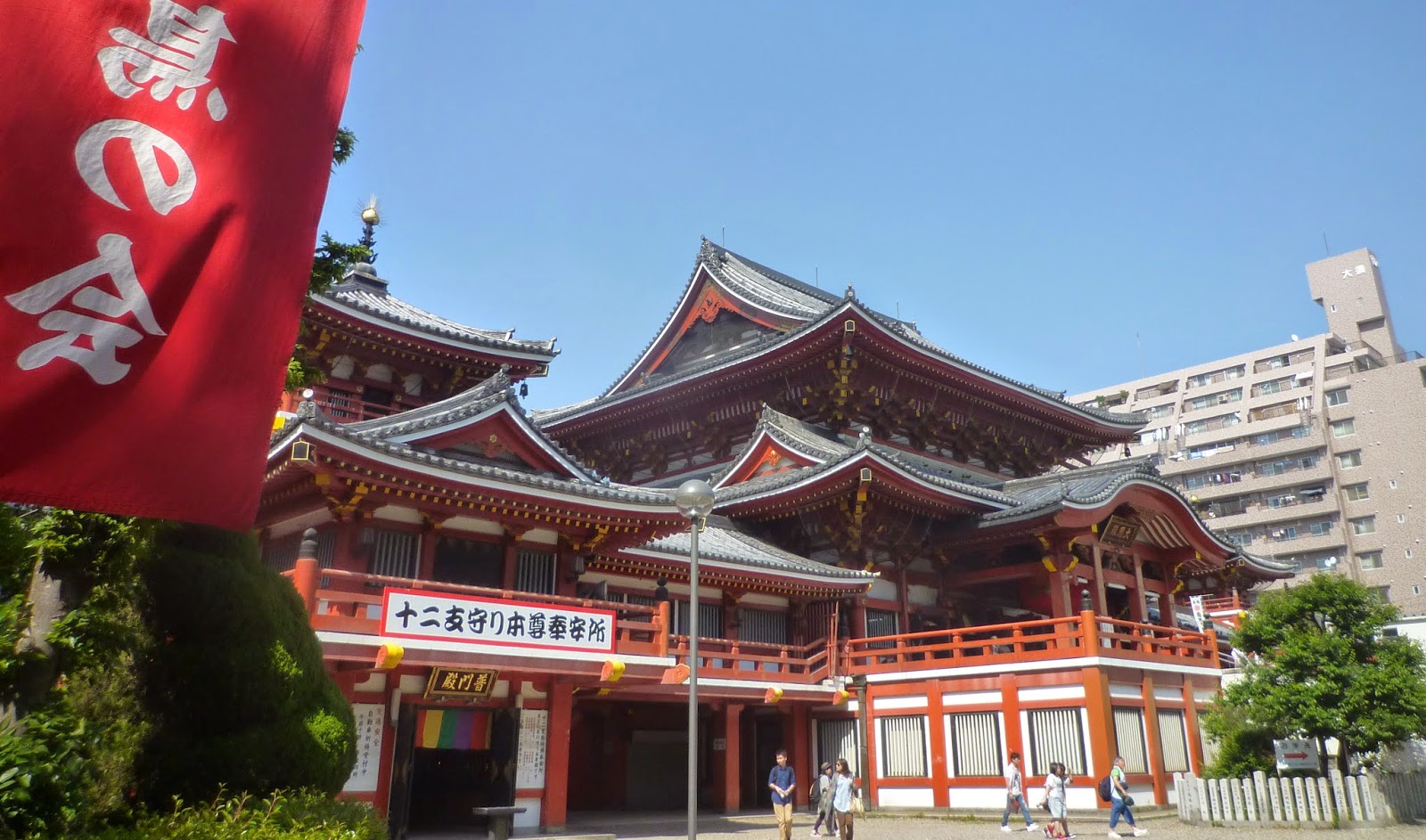 Nagoya is not generally known as a major tourist centre.  That is because it isn`t one.  Its an industrial city that was heavily bombed during the war and thus doesn`t have much in the way of traditional sites that most visitors to Japan are looking for.

It is, however, the third largest urban centre in Japan (technically the fourth largest `city`, but the number 1 and 2 on that list, Tokyo and Yokohama, are more or less one massive urban blob), and as such it is one of the few cities in Japan - in addition to Osaka (Den Den Town) and Tokyo (Akihabara) to possess an actual gaming/otaku neighorhood of its own: Osu.  So this will be the first in a series of two posts in which I take you through the retro gaming haven of Nagoya`s Osu neighborhood.

Osu is a fairly large neighborhood comparable in size to Osaka`s Den Den Town.  From a retro gaming perspective though I would rate it a bit lower.  Den Den Town is primarily an electronics and gaming neighborhood while Osu, in terms of shops, skews a bit more towards the manga and cosplay end of the Otaku-verse. Nonetheless it does have a few worth taking in.

Most of Osu is made up of a series of pedestrian only streets covered by arcade roofs.  These are a lot of fun to walk around, filled with tons of neat shops, arcade centres and pachinko halls. 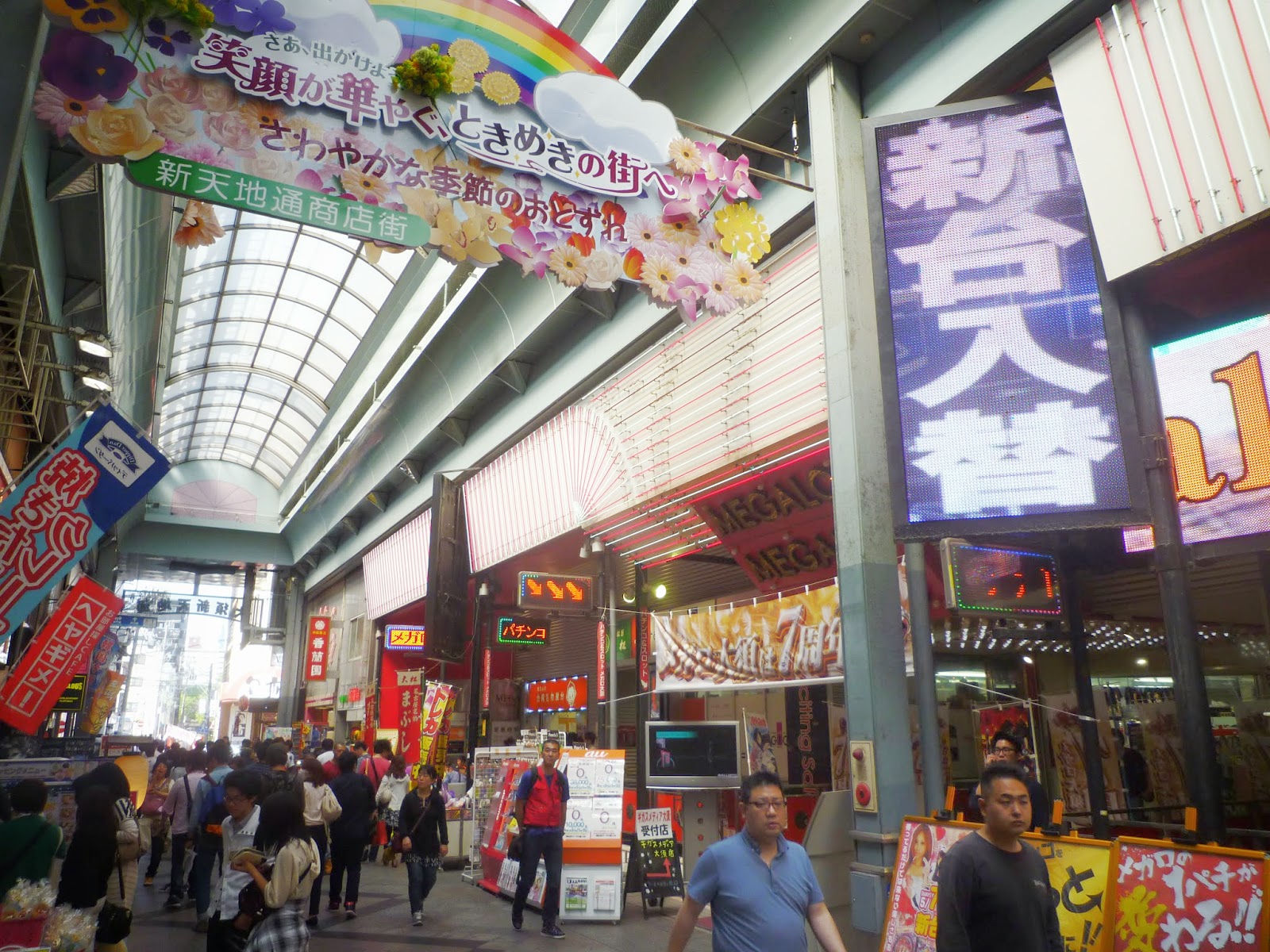 The retro gaming shops however are mostly centred on a street without an arcade roof, called Akamon Street.  It is easy to find with its red gate (Akamon means red gate). 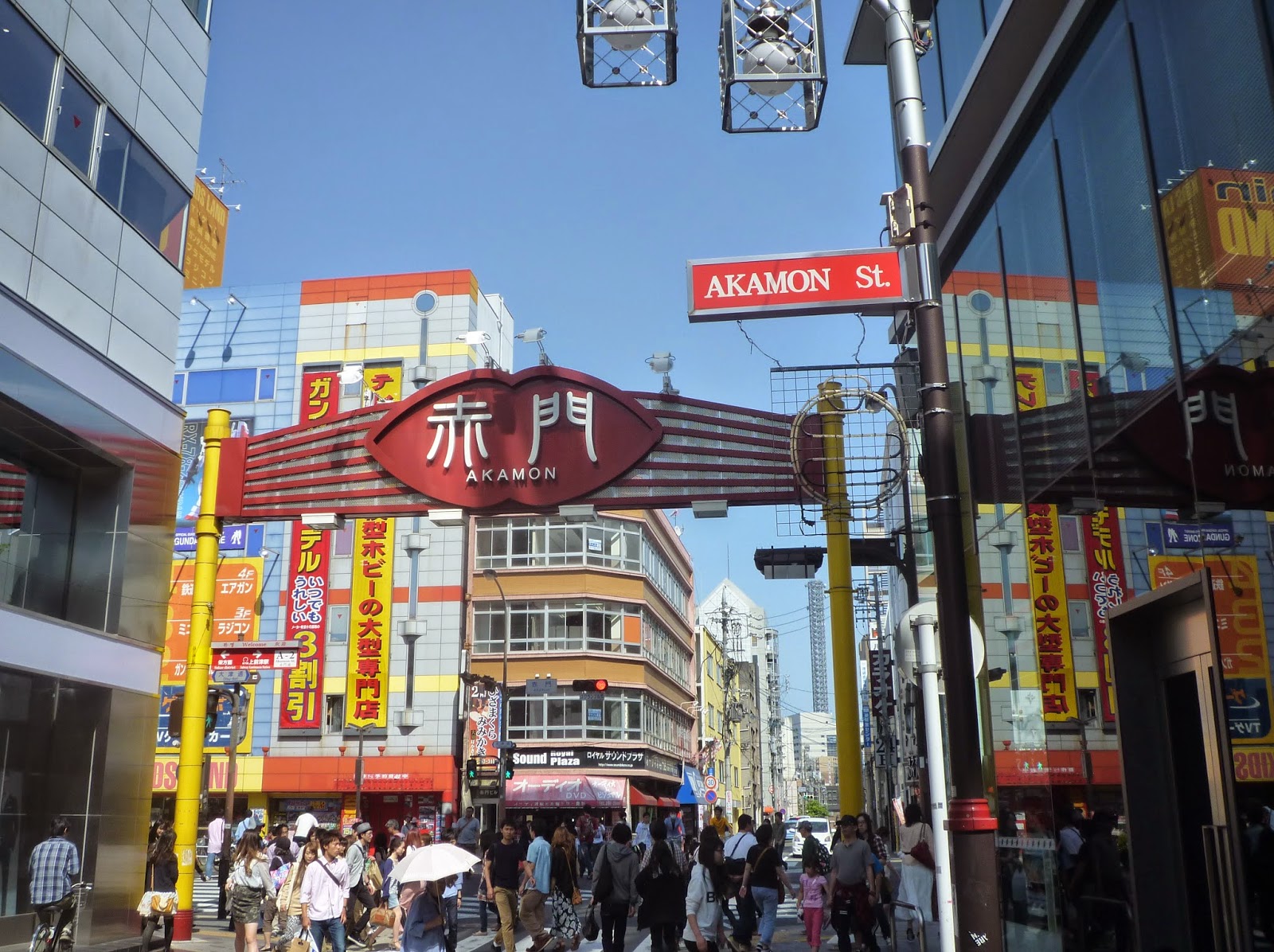 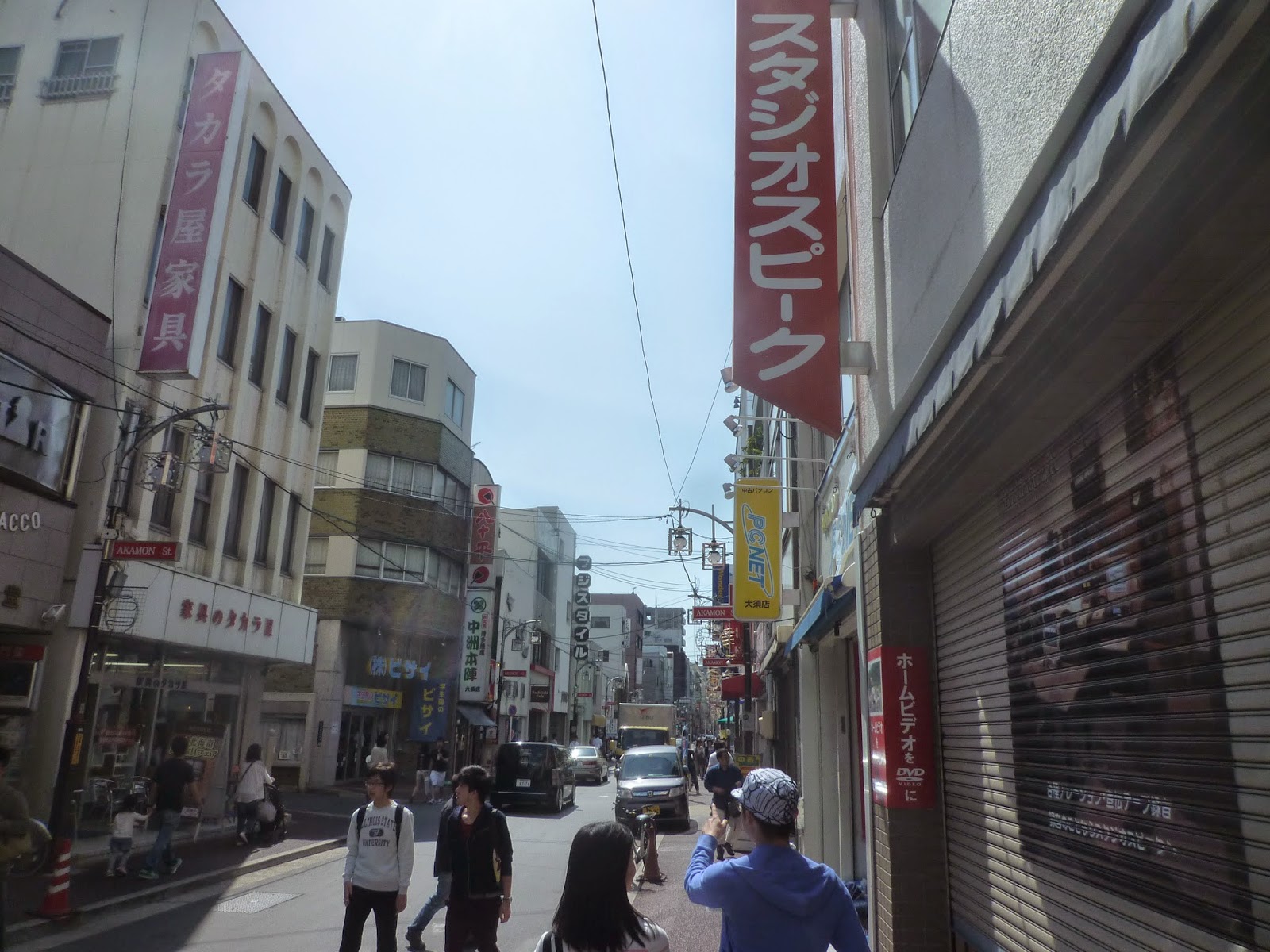 The street has a fair number of neat shops selling random used stuff, a lot of them computer or gaming related.  The first one that has Famicom stuff you will come across is called K-House 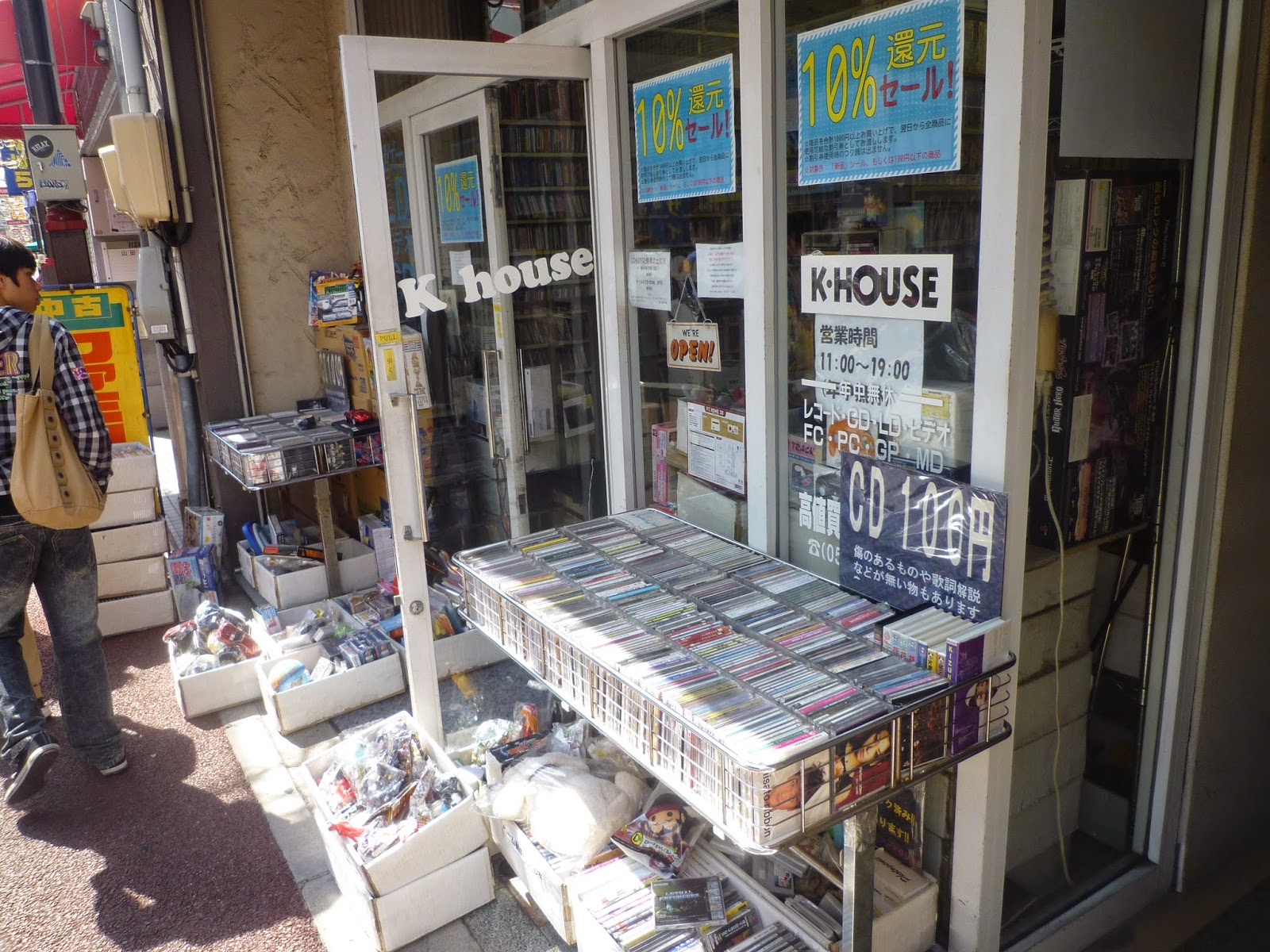 It has a bunch of CDs and other stuff piled out front on the sidewalk, you can see some SFC and Famicom games crammed in the back: 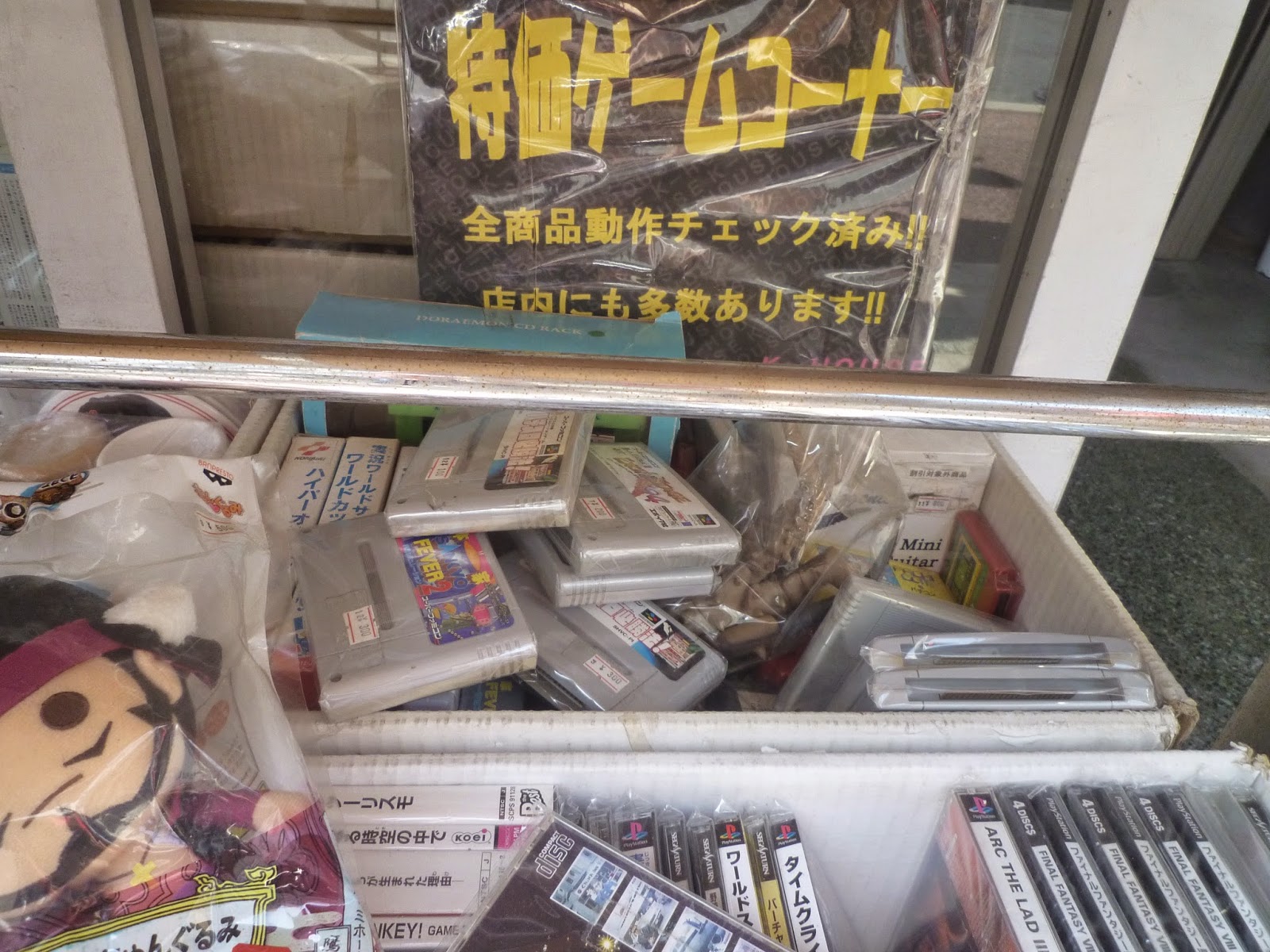 They have a pretty sizeable selection of gaming stuff (they also sell DVDs and CDs) inside: 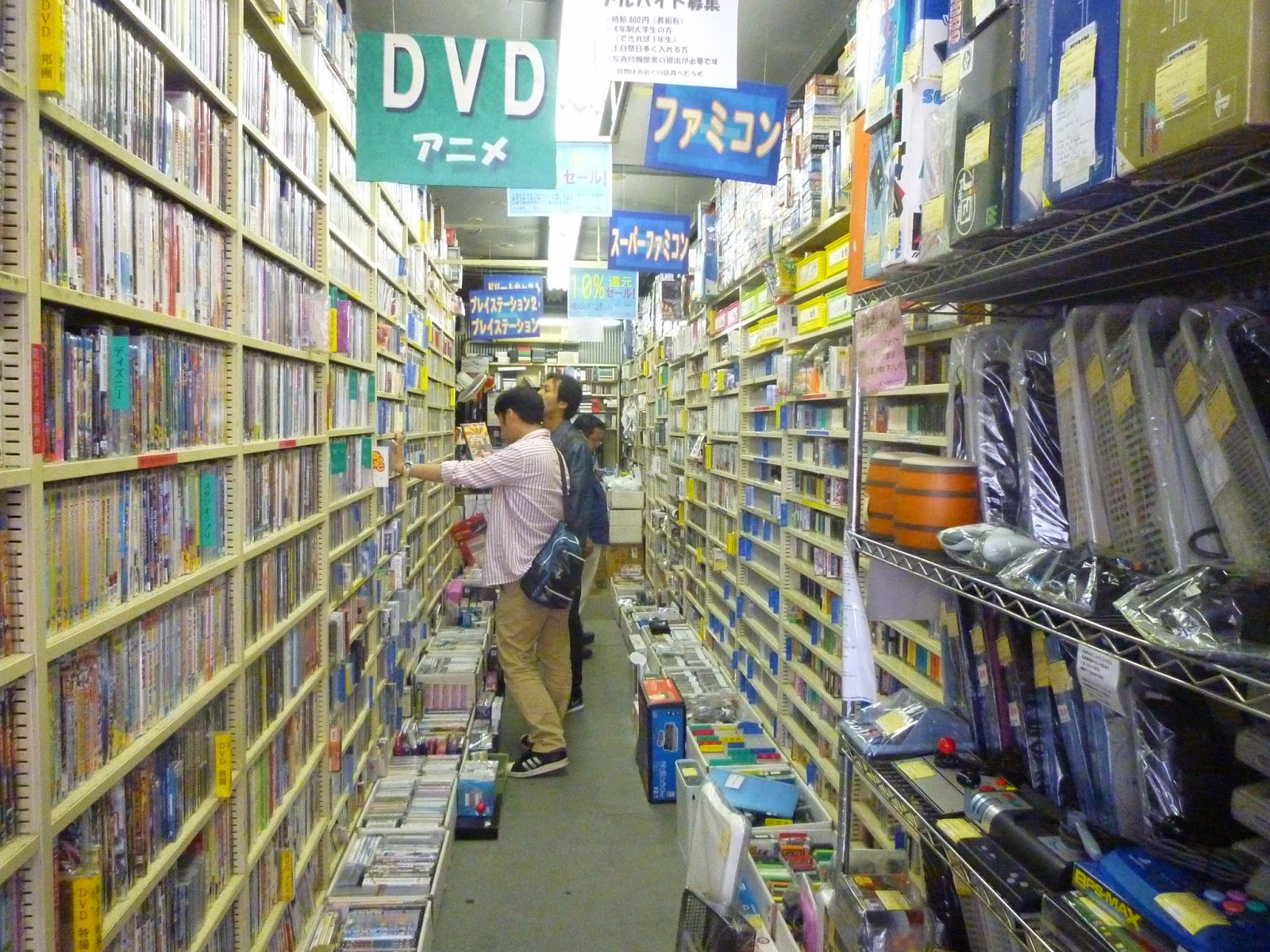 The prices, however, are among the worst I have seen anywhere in Japan.  This shop gouges so badly I would describe them as approaching Toronto levels.  These red and white Famicoms for example (modded for AV) are priced at 7200 yen (about $75 US) each, which is way more than what they should be priced at. 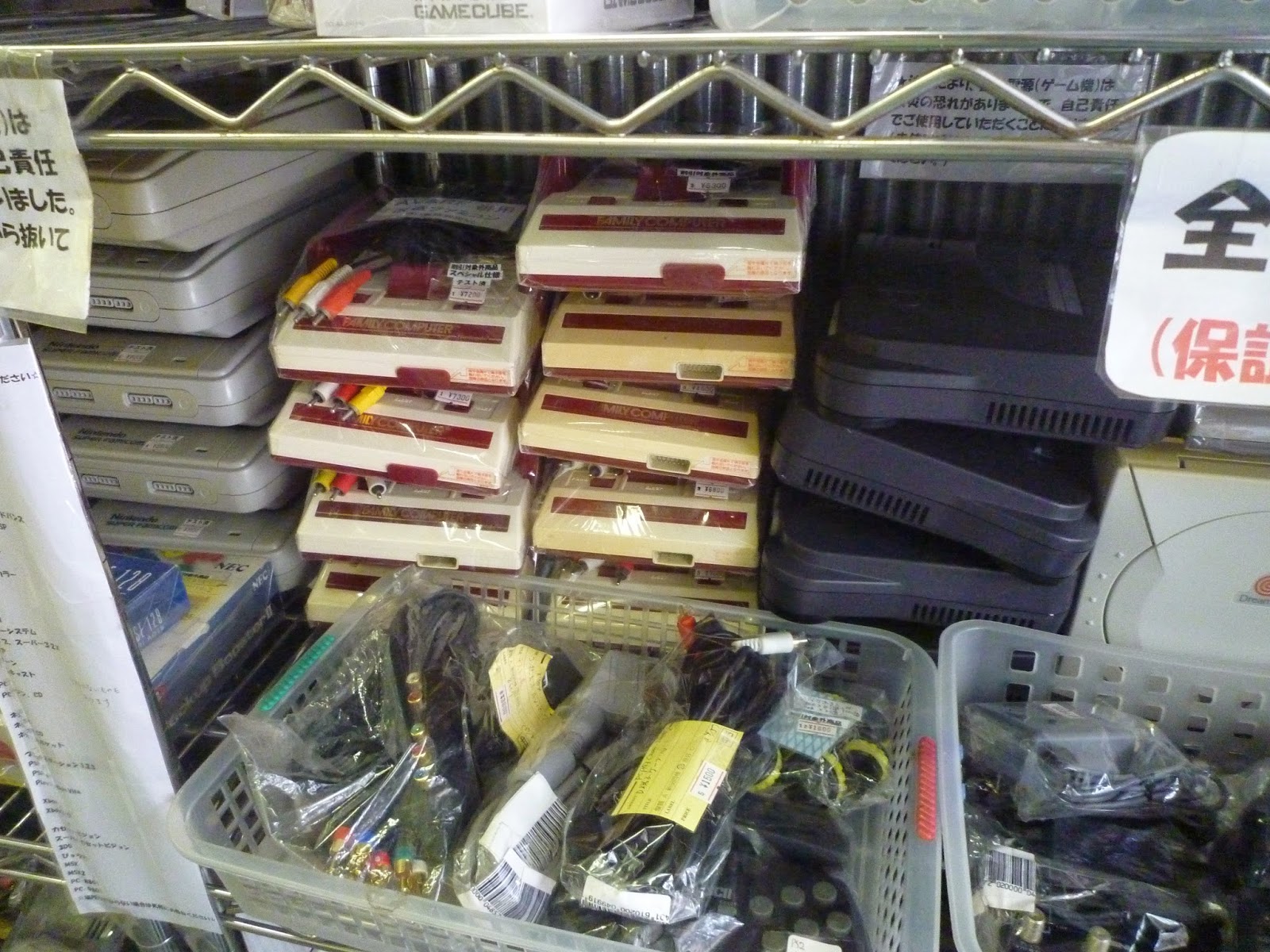 The Super Famicom controllers in this box were 1200 yen (12$) each, about double what I would describe as a fair market price for them. 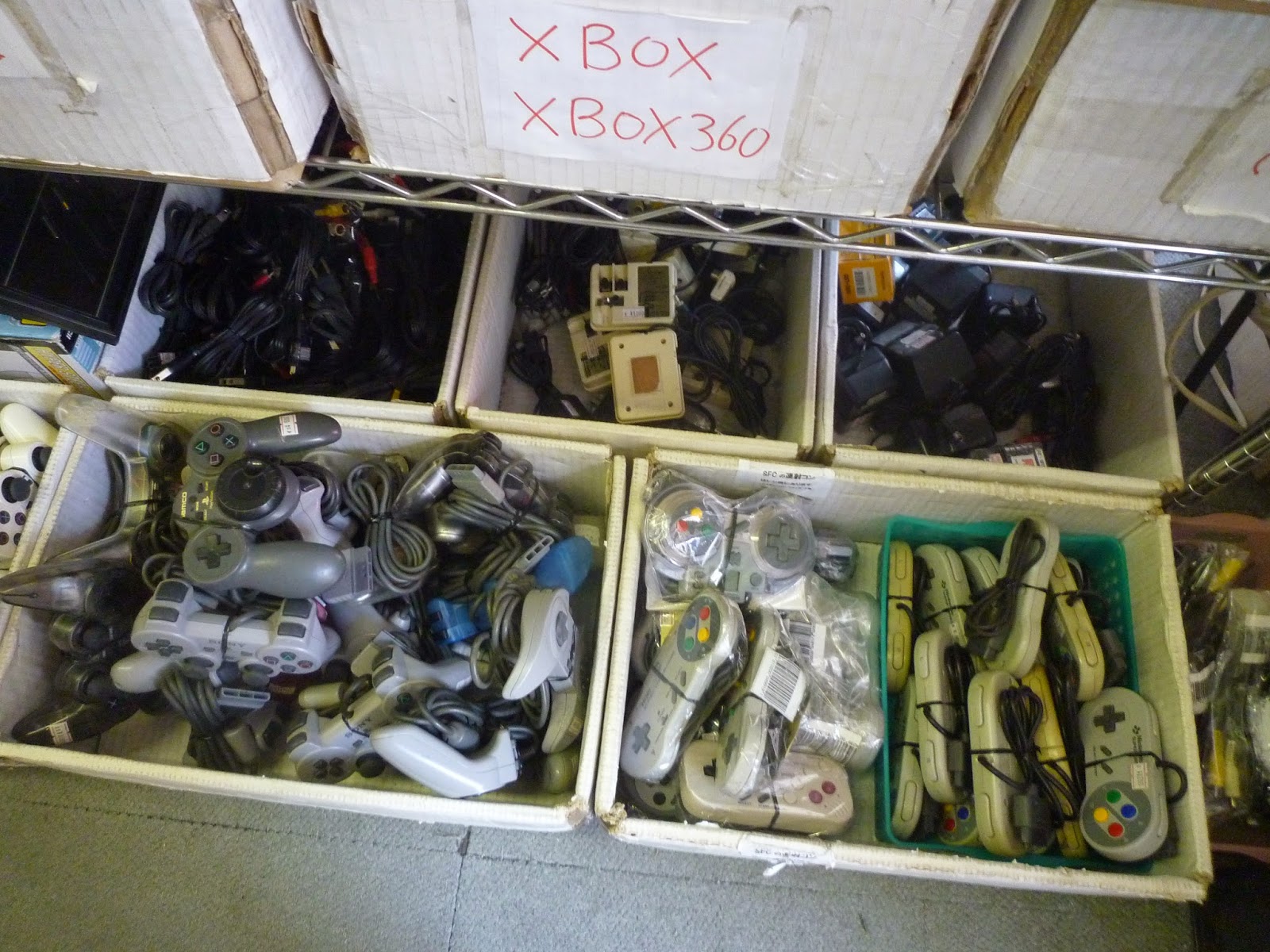 And the Famicom games were just indescribably overpriced.  The only good thing I can say is that at least they had a decent selection of them. 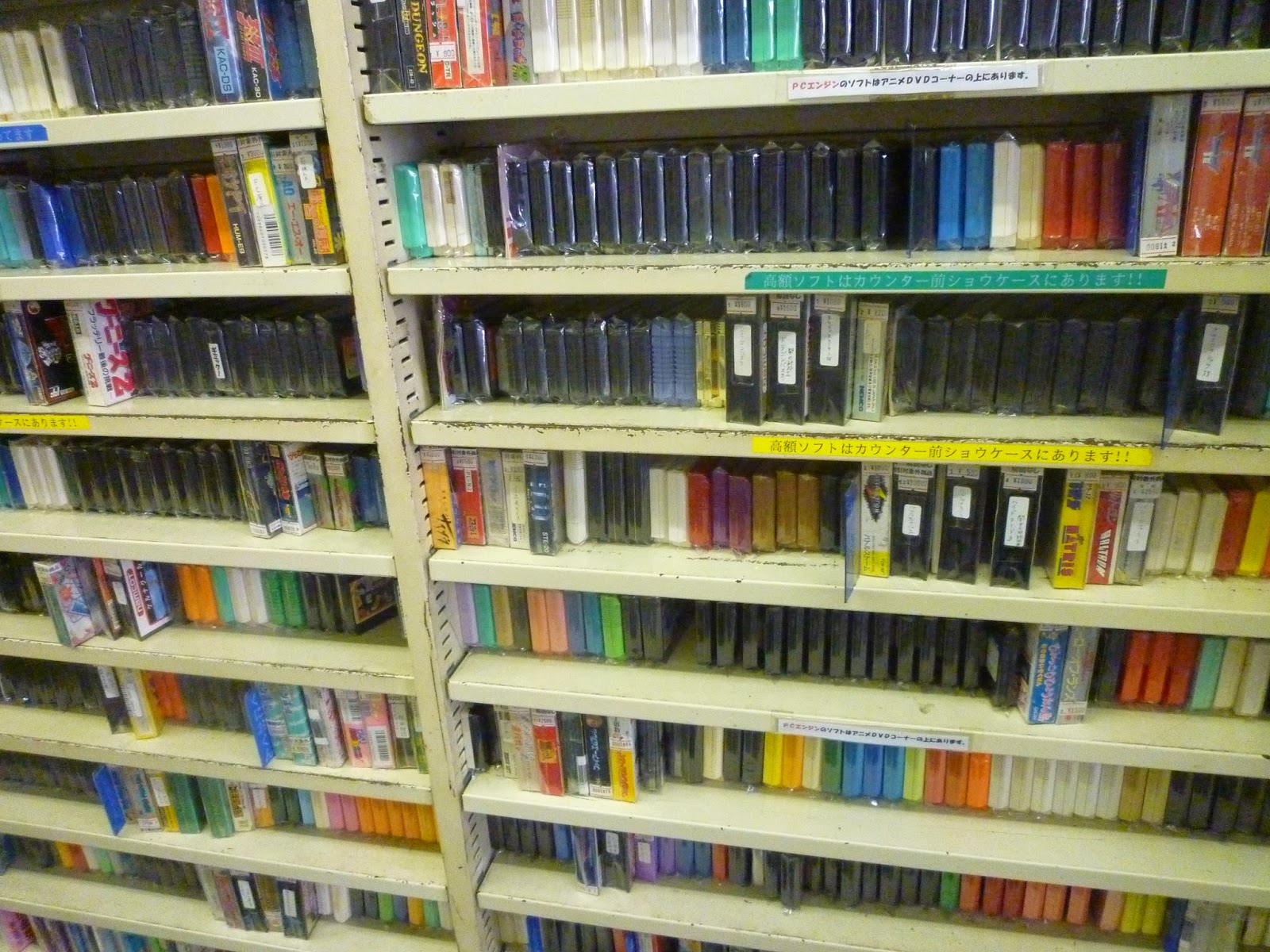 Leaving K-House about 100 metres on the ssame side of the street you will see some N-64 controllers lying causually about getting a tan: 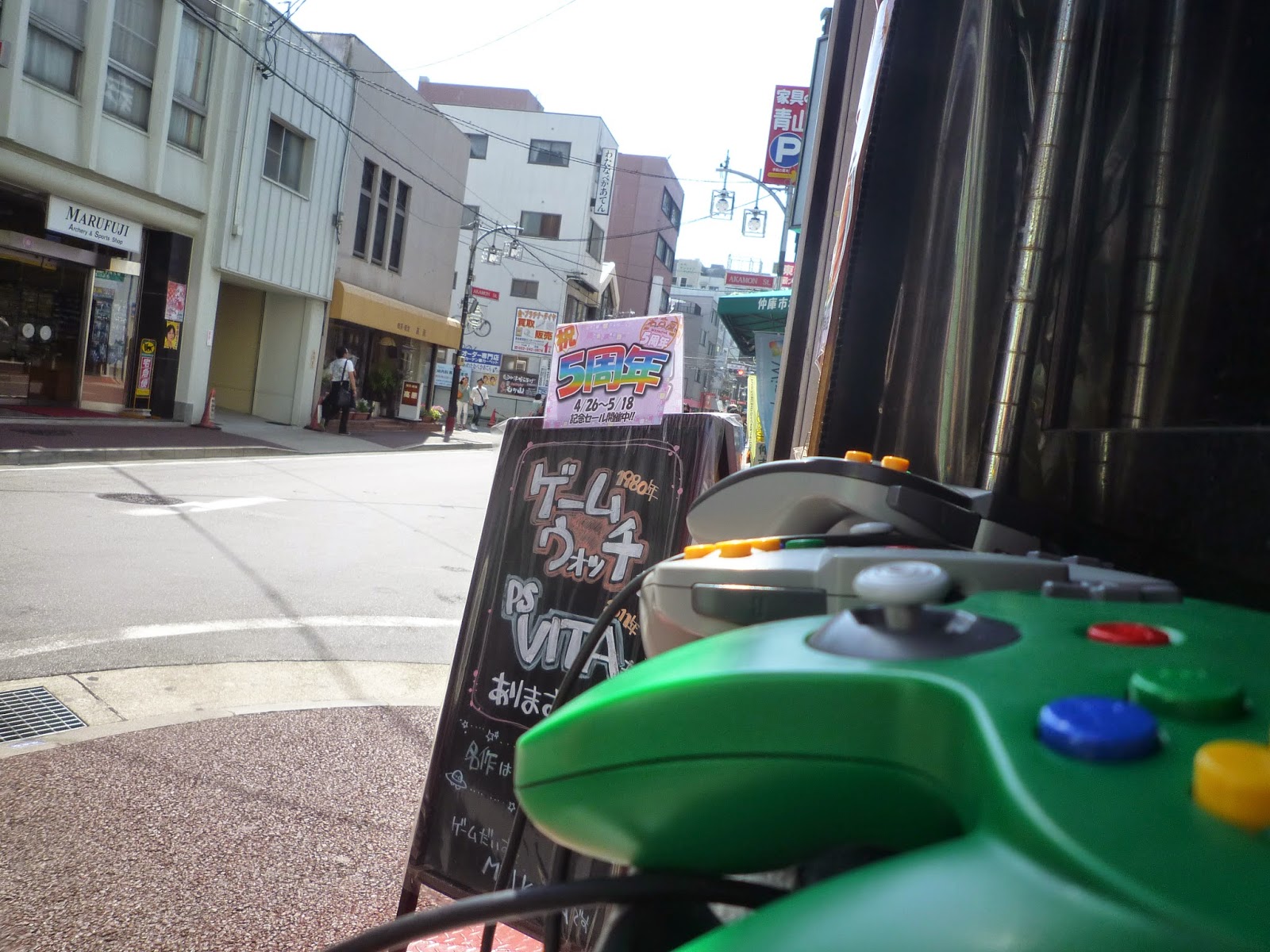 These are hooked up to a TV so you can play Smash Bros. on the sidewalk, which is without a doubt the coolest thing in Nagoya.  This shop is called Meikoya, located in a small building whose second floor is a shop dedicated to Korean pop idol goods: This is a much much better shop than K-House.  The prices are generally in the `slightly high but still fair` zone, like what they are asking for these Rockmans here: 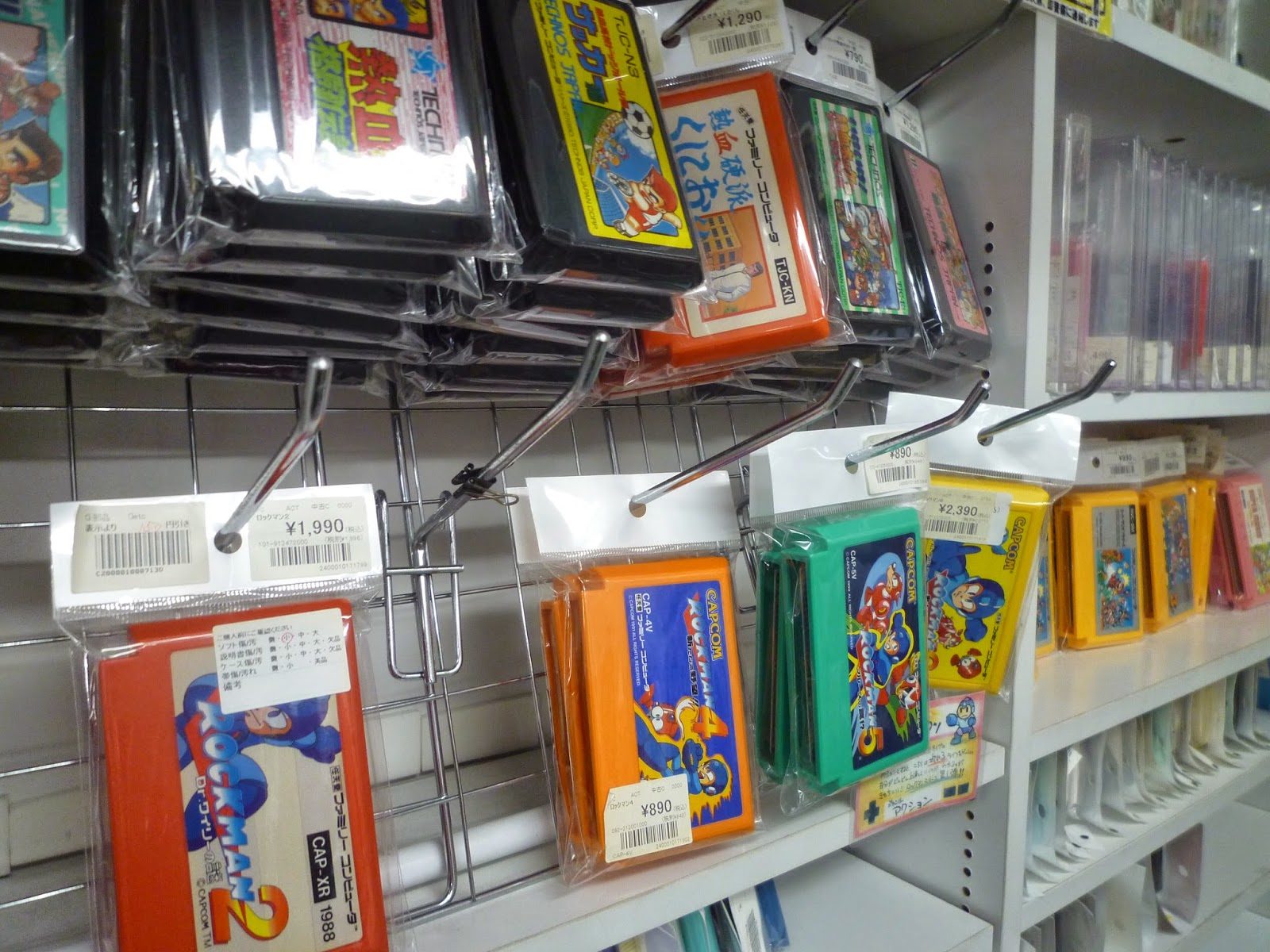 Or 3780 yen for Contra, which is close to what that goes for on Yahoo Auctions 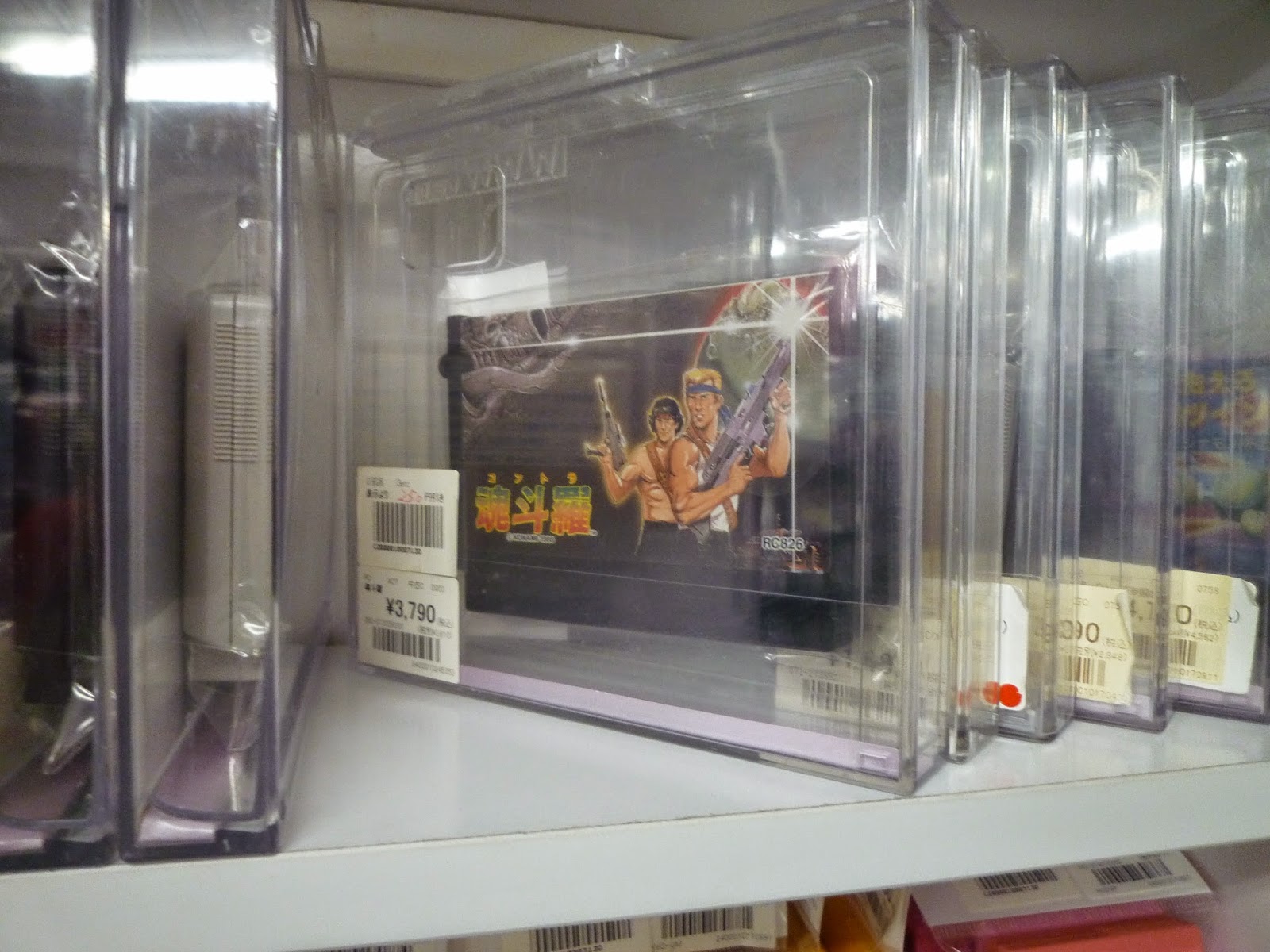 They have a pretty decent pile of AV Famicoms in there 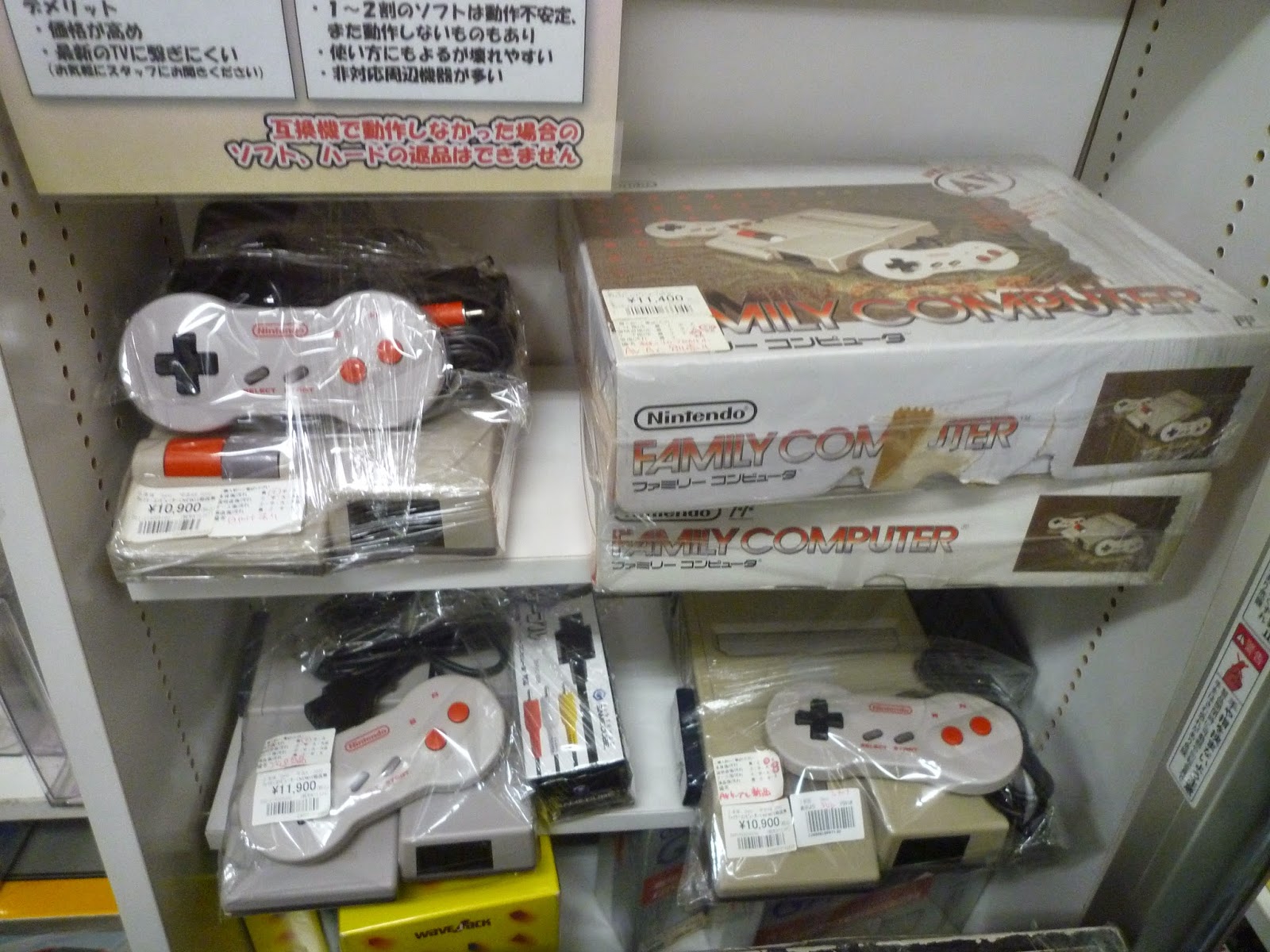 And their game selection is pretty good: 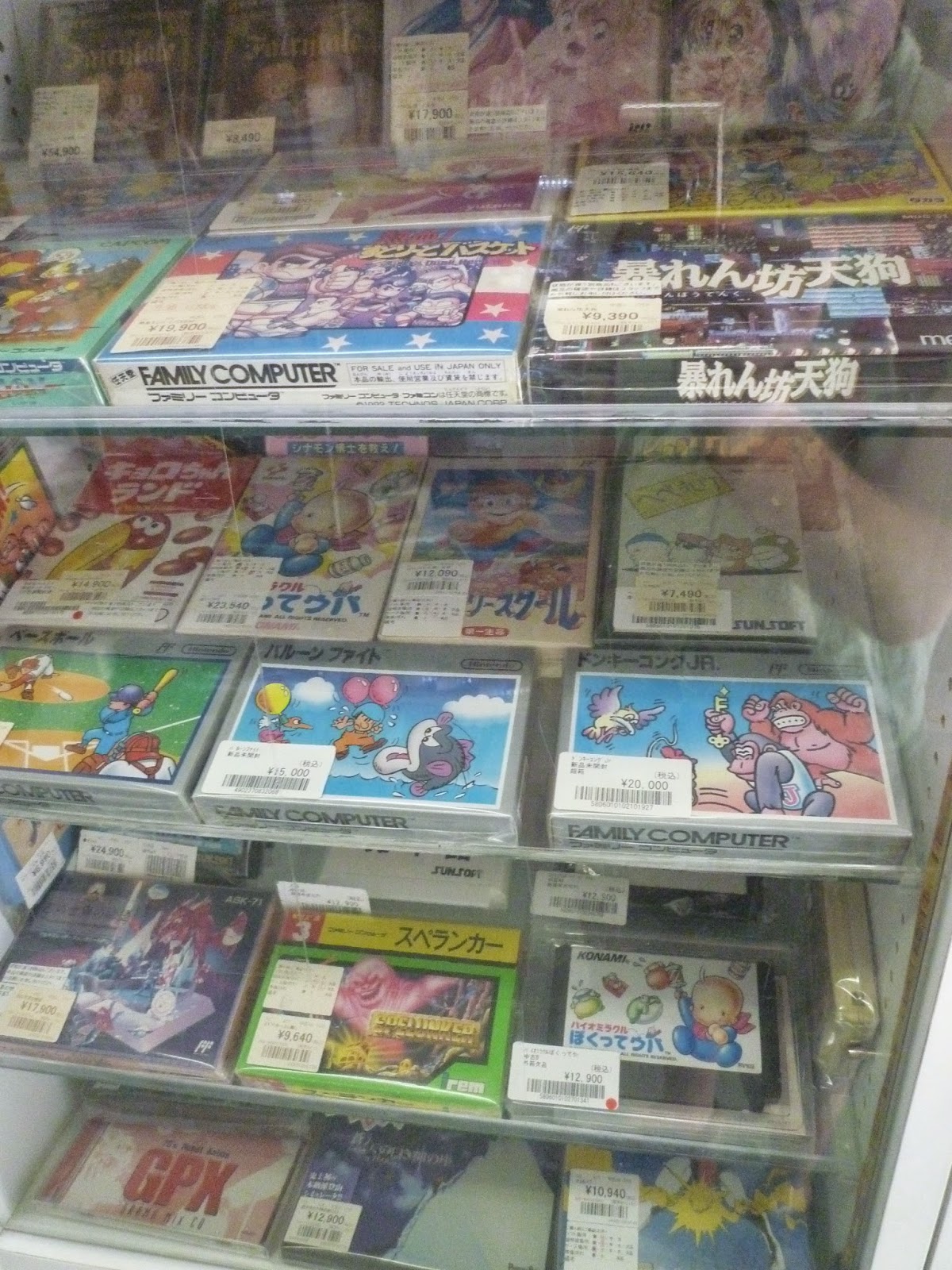 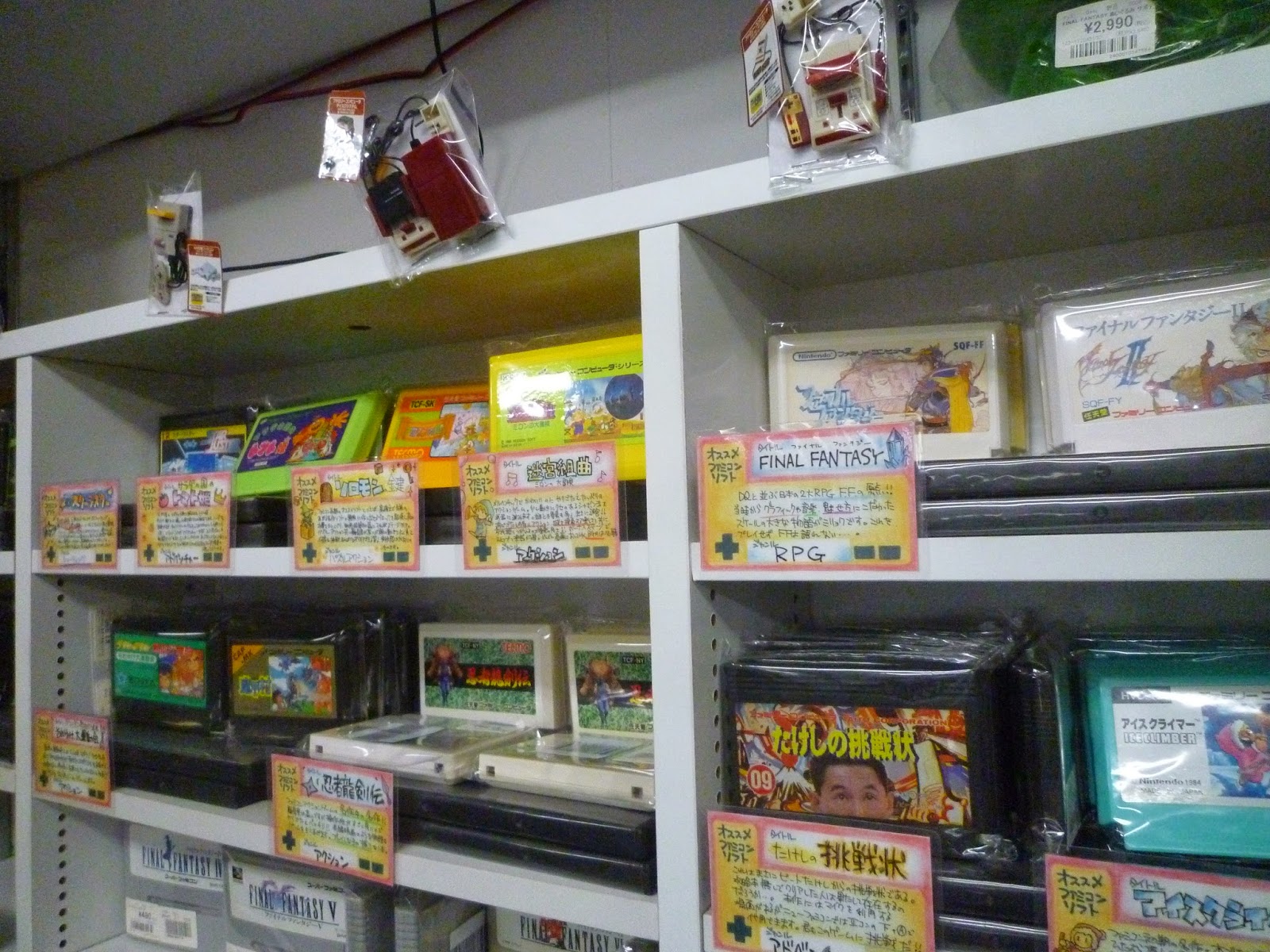 They had one thing which caught my eye, a cart for the Famicom Karaoke set.  I have the microphone for this but not the cart (which has the music).  At 3490 yen I decided to give it a pass, but I thought it was cool that they at least had it: 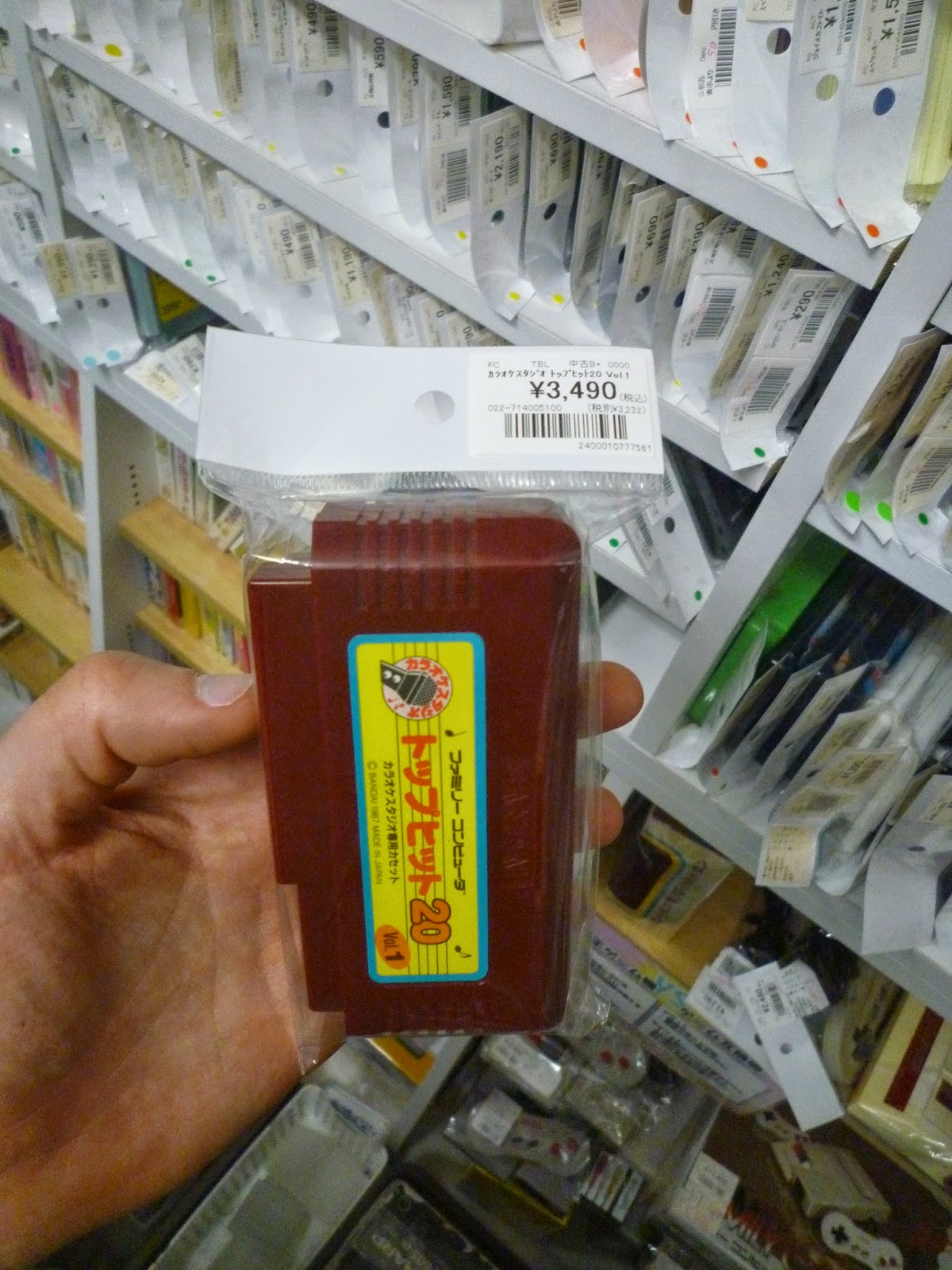 Those are two of the main retro gaming shops on Akamon street.  In the next post I`ll look at the biggest in town: Mandarake!