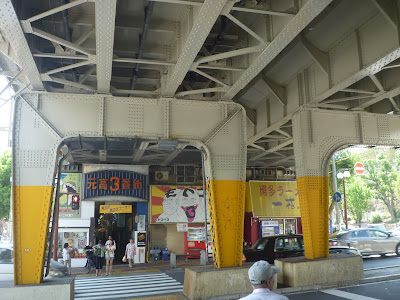 I just got back from a few days in the Kansai area and was happily enough  able to do some retro game shopping (well, mostly retro-game window shopping) while I was down there!

Back when I lived in Fukuoka I used to do regular posts on here where I`d take my camera to local retro game shops and review them, but I haven`t been doing those since I moved last year.  The main reason for that is my new city, compared to Fukuoka, is very short on decent Famicom shops.  The few that I`ve been to have not been blog-worthy.  So I was really excited to be able to go do some retro game shop touring in Kobe and Osaka.  Today`s post will just be about Kobe!

Kobe is an awesome city if you`ve never been there.  I actually lived in or near Kobe for my first five years in Japan, but that was before I got into retro gaming so I had never been to any of the shops there.

Kobe doesn`t really have a retro gaming district (neither does Fukuoka though), but I did stumble almost by accident into a little cluster of cute retro game/toy stores in an unusual place.

The main train station in Kobe is in Sannomiya.  The JR tracks are elevated there and underneath there are a number of shoutengai (shopping alleys) that stretch for a couple of kilometres from Sannomiya to Motomachi and on to Kobe station. The photo at the top of this post is from one section of it.  This is what it looks like inside: 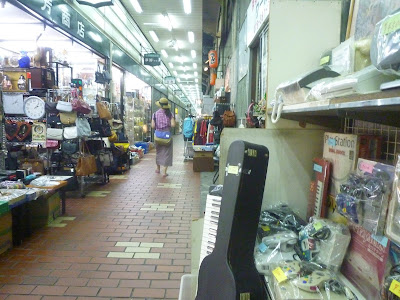 Near Sannomiya most of the shops are actually high end clothing and other fashion stuff, but as you work your way over to and past Motomachi they start to become dominated by more ecclectic little shops selling used electronics and other stuff.  Naturally some of them had retro game consoles, including some Famicoms: 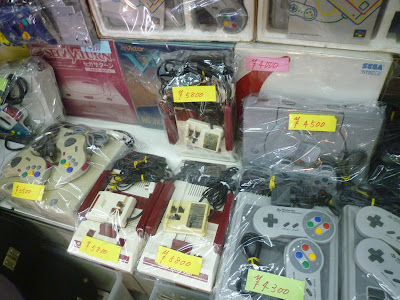 Prices were not that great, about 5,000 yen or so for a Famicom.  Not a rip off, but you can do better on Yahoo Auctions.

Just walking along the narrow alleyway was quite fun, there were a lot of Famicom bits and pieces peaking out of windows here and there: 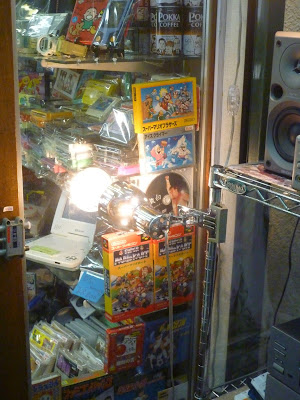 This guy had a lot of stuff, mostly toys but also some retro game stuff: 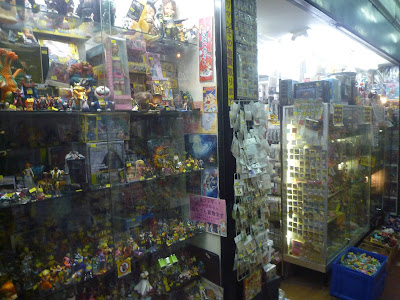 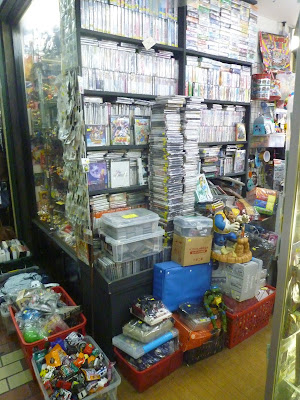 Including some Famicom carts in his glass case.  Again, prices were on the high side.  Those copies of Super Mario Bros. were 1500 yen each. 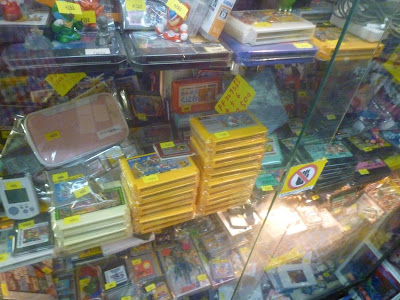 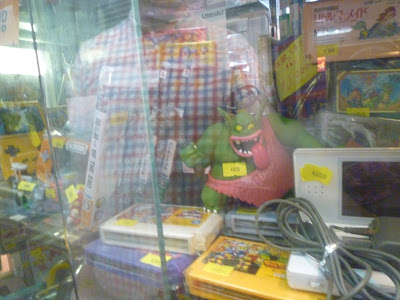 So if you are in Kobe definitely give the alleyways under the JR tracks between Sannomiya, Motomachi and Kobe stations a try.  Even if you don`t buy anything you`ll probably have a lot of fun browsing and exploring down there. There are probably some other good retro game hunting grounds in the city, but I only had a day to look around. In my next post I`ll show you retro game hunting in the bigger city of Osaka!
Posted by Sean at 9:03 PM