As I indicated in my previous post, we got a dog. More specifically, my wife got a dog. This means that I am entitled to some equalization purchases of my own and so I've been buying stuff not out of the junk bins but out of the glass cases of this lovely city's retro game and toy shops this week. One recent purchase was the Mario Brothers Game and Watch. 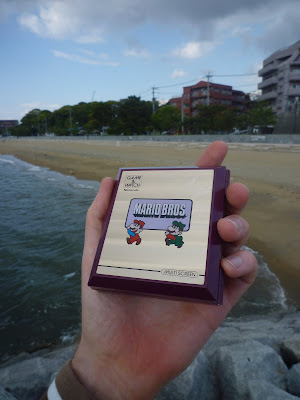 This is a great game. It is nothing at all like the Mario Bros. Famicom game. You basically just have to pile boxes on a conveyor belt and, controlling both Mario and Luigi, get them to the top of the screen where they are loaded onto a truck. If you drop one, your boss character comes out and yells at you. It is great. 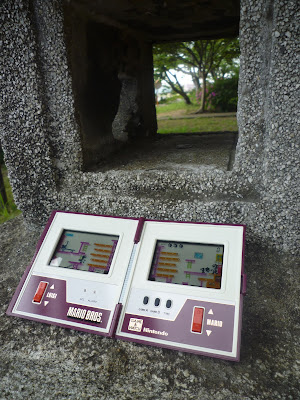 I bought this at Omocha Souko. They had a grand total of two Game and Watches, this one and Donkey Kong 2. Originally I intended to purchase Donkey Kong 2 rather than Mario Bros. as I'm quite taken with the look of that one. After my experience buying a broken TV Game 15 from them, however, I decided to bring my own batteries to the store to test them before forking over my cash. The staff member was not at all cooperative with this request ("just let me put the batteries in to see if it works"), but it turned out to be a good idea as Donkey Kong 2 did not work at all. They were selling these "as is", but with prices high enough that they really should have been tested and working. Mario Bros. was 4500 yen and Donkey Kong 2 was 5500. Those are reasonable prices for working ones, but a complete rip off for a broken one. 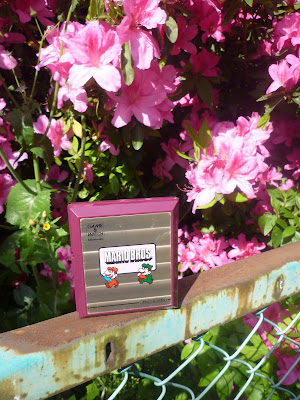 I'm very satisfied with this one though. It works perfectly, is in nice condition (some minor surface wear but that is it) and it is a great game that fits right into your pocket. I took the scenic route on the way home from Omocha Souko and took these photos at various points along the way. 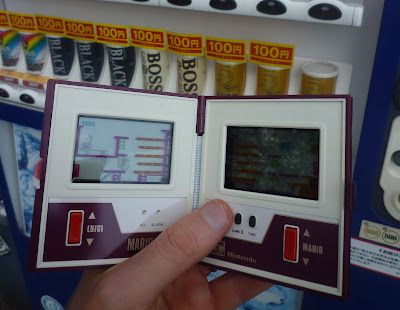 So if you are looking for a fun Game and Watch, I give Mario Bros. a thumbs up! 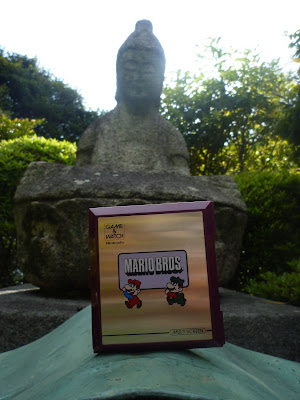