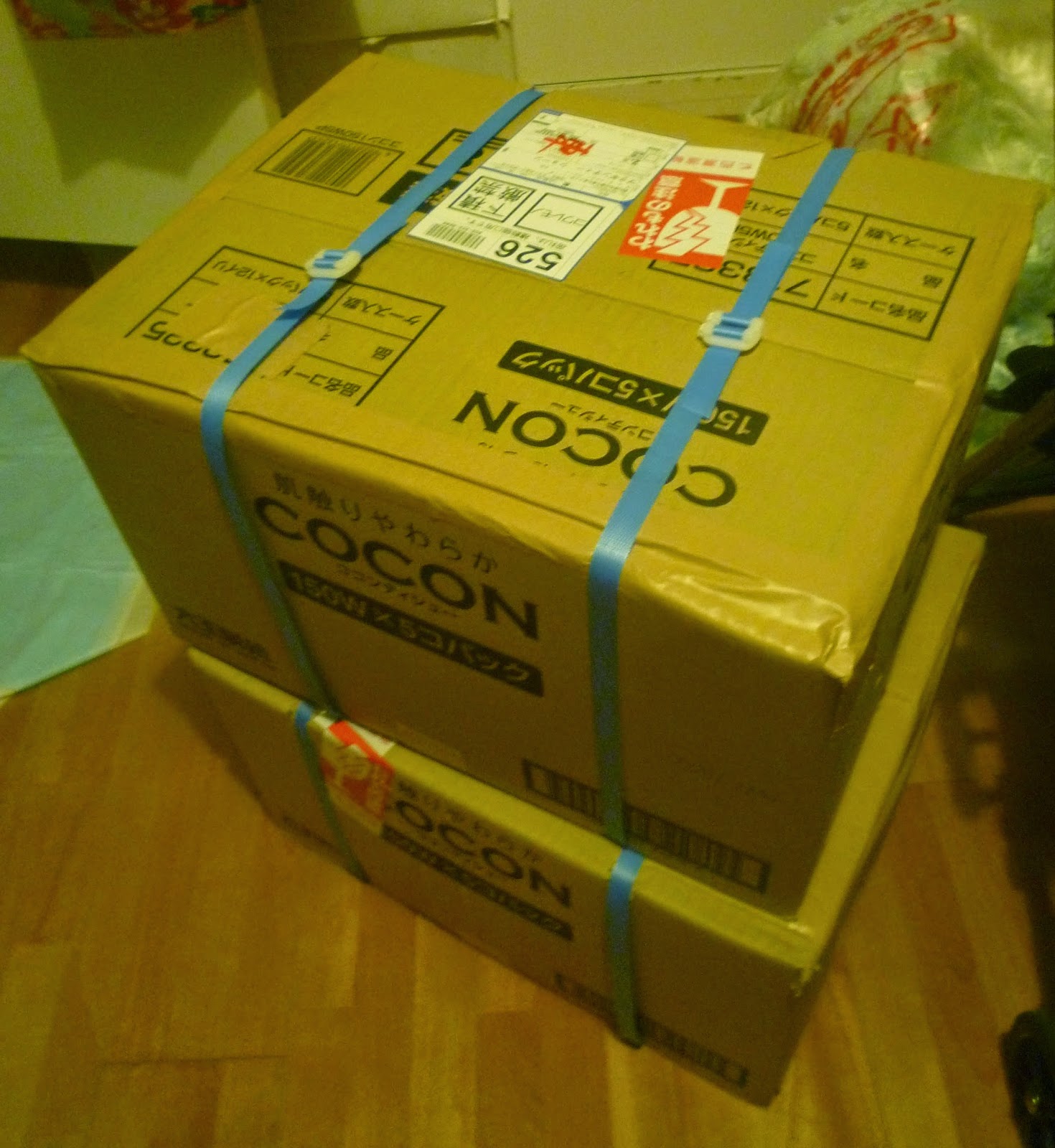 Last night the two massive cardboard boxes pictured above arrived at my home.  They were heavy, I had to lug them in one by one from the doorway after the deliveryman, who had used a push cart to get them to my place, dropped them off.

I left them in our spare room until this morning when I cut them open and out poured: 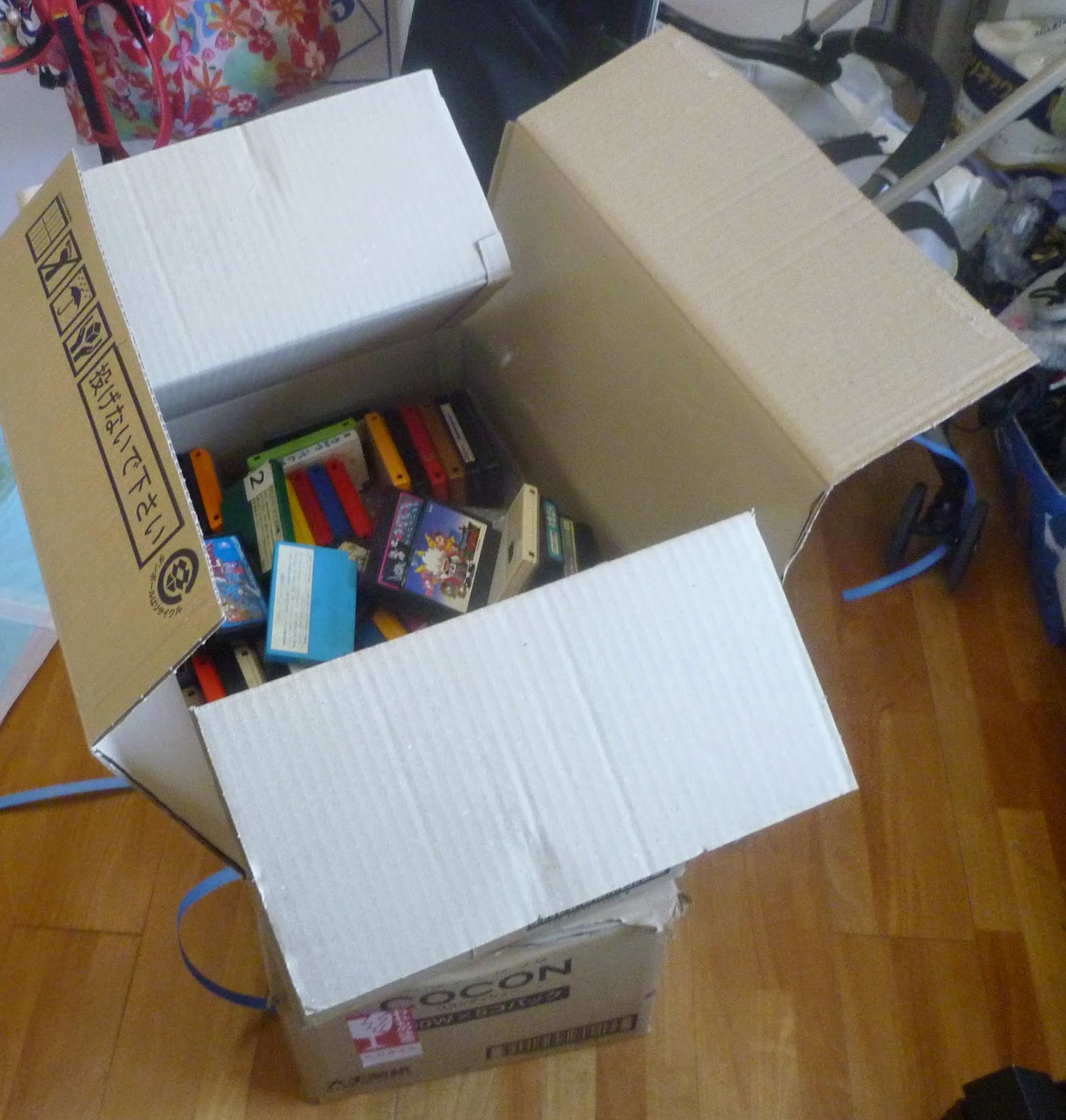 These two boxes between them contained 440 Famicom carts, which is by far the most I have ever acquired at one time.

Why would I, a person who already has a gigantic mountain of Famicom carts, buy 440 more of them?  This is where the ridiculous calculations of the serious (but woefully underfunded) collector come in.  As it says in the blog description, I am actively trying to put together an entire set of Famicom carts. That is an expensive proposition since a few of the games are seriously rare and expensive to find.

Out of the 440 carts in these two box, 438 of them were ones that I already had.  Of the remaining 2 that I needed, one was relatively easy to find on its own, but the other was one of the rarest and most expensive Famicom carts out there and basically it was the sole objective I had in mind when bidding on this lot. 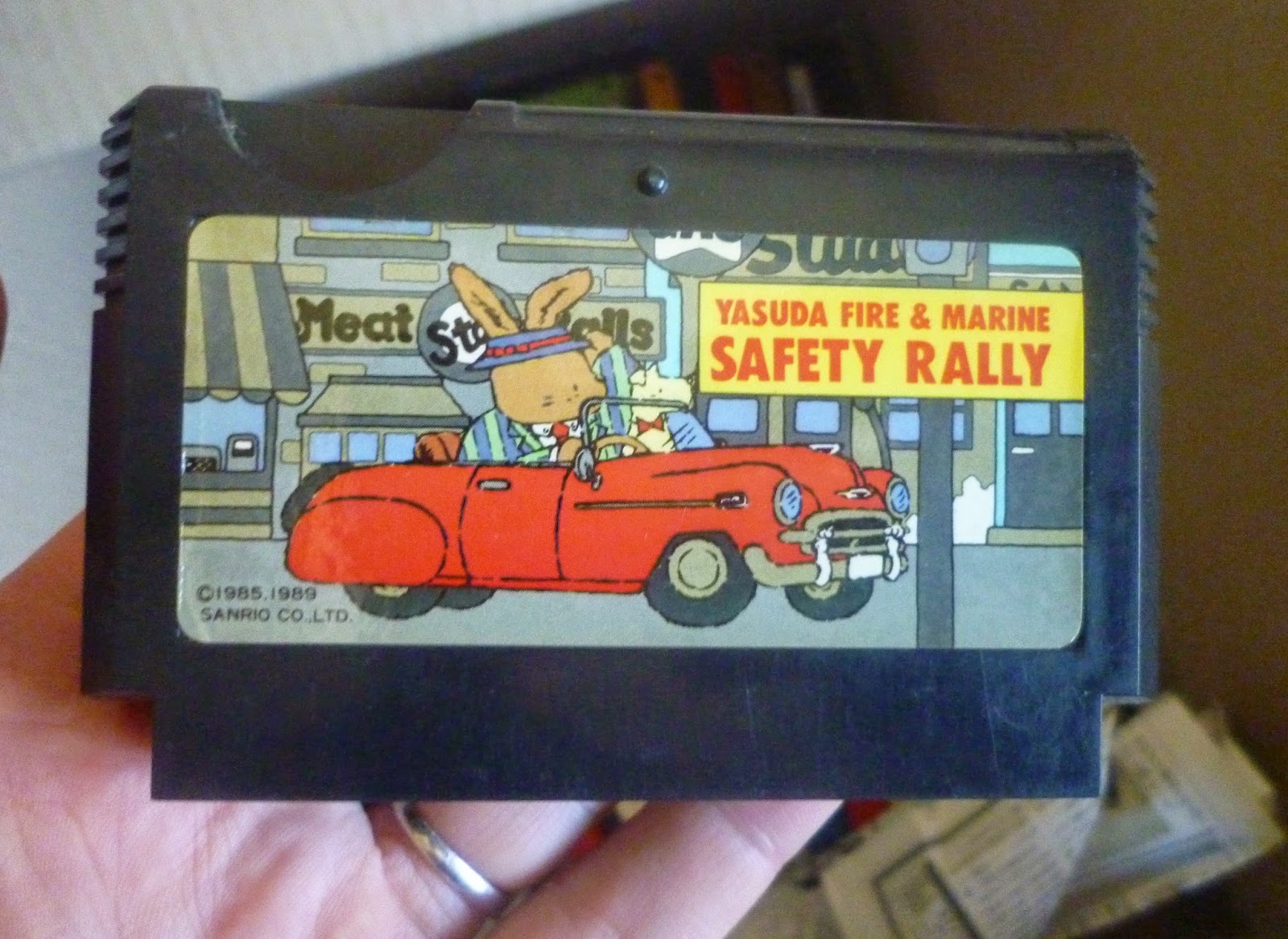 This game probably has a bit of an interesting story to it but I have to admit to having some trouble tracking down what exactly that is.  It was not sold in stores but rather it was distributed by the Yasuda insurance company in 1989.  It seems there were probably only a few hundred distributed.  Beyond that, the Japanese language internet isn`t telling me much - particularly I am interested in finding out how it was distributed.  Looks like something that might have been given out at a company event a la Pepsi Invaders for the Atari 2600 but I`m not sure.

Originally the game came with a plastic case and a map.  Finding one complete, particularly with the map, is extremely difficult and there may only be a handful in existence.  Loose copies like mine are a bit easier to come by but still command top dollar on their own - consensus seems to be in the $300-$500 range.  Mandarake has a copy with the box, but no map, for 84,000 yen while Super Potato wants 170,640 Yen for a copy with both box and map.

So these prices were way more than I could possibly justify spending on one game.  On 440 games though I could sort of justify dropping a somewhat sizeable load of cash, in the hope that by selling the 438 that I don`t need I could get back most of what I spent.

So I can cross one of the big ticket items off of my list of needed games.  Oh and if anyone is in the market for Famicom games, uh (cough cough) , I`ll probably be updating my sales thread over on Famicom World with about 438 or so carts sometime soon.